Home > Resources > Blog > Teaching On The Pulse > Bring Forth Your Voice
Selected Items Select an item by clicking its checkbox
Actions for selected results:
Sign-up to receive email alerts when new blogs are posted Read our Blog Series List of  Bloggers 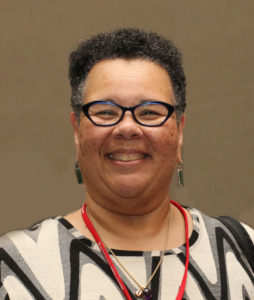 Bring Forth Your Voice

One of my favorite reality TV shows is Project Runway. It is a contest of fashion designers who compete by designing new garments each week. Each episode the designers receive a new design challenge. The episode ends with renowned fashion designers judging the garments made by the contestants, then eliminating the weakest design. While I know the producers control the storyline of each episode, my fascination is in watching the ways the contestants grapple with the challenges of design, of being creative, of being human, of problem solving. Watching artists create a new garment in the context of a challenge intrigues me as I think about the work of teaching and learning to bring forth the voice.

A favorite episode involved a most difficult challenge. The designers were instructed to create a garment based upon some aspect of New York City – the aspect of the City was of their own choosing – the contestants were led to believe that this was the entire challenge. They were given time to sketch, then were taken to the fabric store to purchase fabrics. Once they got back to the work room a twist was added to the challenge. The designers were instructed to switch their bags of fabric with another designer. In other words, they had to create a garment using the fabric another designer had selected. This unexpected twist sent the designers reeling! The camera vividly showed the designers in shock, in panic, in fear. Emotional turmoil seized the group. The usually chatty, noisy, electric work room was still, and the mood was somber. Some designers became angry and railed and cussed. Others cried. One designer was so stymied she considered dropping out of the competition because the fabric she was given was unfamiliar to her and not to her taste. The story line of the episode showed the designers, in multiple ways, rally to the challenge; the designers struggled and found unanticipated ways to solve the problems of the challenge. They found new solutions in the repertoire of design. By the run-way show – all designers had garments to show. The judges commented that so many of the pieces looked new, fresh compared to previous week’s work. The judges praised the group of designers for solving the problem well and with a refreshing aesthetic.
Design is problem solving.

Cultural aesthetics are not generic nor universal. Cultural aesthetics are determined by solving problems in particular contexts and arriving at solutions which have political implications and aesthetic qualities. If we had the eye to see, we would recognize that we are surrounded by, immersed in, design. Our coffee pots and mugs are designed. Computer keyboards are designed then redesigned. Our national and international transportation systems (on the grandest scale) are designed. From the smallest detail of life to the meta-patterns of society – design choices are made by us and for us.

The design of a building portrays the architect’s philosophy. Visible to the eye, as well as experienced while walking through the building, is the architect’s beliefs about the nature of humanity. The viewpoint of the architect is expressed in the use of sunlight, the means and methods of access, the places of privacy and the materials which construct the walls, floors, and door knobs. The use of line, space, color, contrast (value), form, texture and space translate his/her understanding of human bodies and the ways we work, play and live in community. Architects become known for their “look” – their style, their aesthetic opinion and viewpoints. Even as laypersons, we recognize the work of Frank Lloyd Wright, I.M. Pei and Leonardo da Vinci. The same could be said about the work of many kinds of designers. In fashion, the aesthetic of Jason Wu, Betsy Johnson, and Donna Karen are easily recognized. In dance, the choreography (design) of Alvin Ailey, Judith Jamison, Katherine Dunham and Robert Battle are revered. To push the notion of design into sports – the genius of Venus and Serena Williams as designers on the tennis court is renowned the world over.

Design expresses the voice. The voice evolves, matures and refines over the lifetime of the designer. Designers find, summon and bring forth new answers to old problems over their years of work. The longer they design the more they discover, uncover, and become aware of new expressions for their own point of view. The more they express their point of view, the more their opinion sharpens and hones. Designers interpret and reinterpret their truths searching for ways to say to the world what they are thinking, feeling, knowing, becoming and believing. Victor Wooten, Grammy Award winning jazz musician says it like this, “…an instrument laid on the ground makes no sound. It is the musician who must bring Music forth, or not.”

What if, just as the philosophy of the architect is revealed in the blue prints and in the building, the voice of the teacher is revealed in the syllabus and classroom experience? What if, as teachers, we think of ourselves as designers? What if, in creating our syllabi and planning our teaching lessons we considered the line, space, color, contrast, form, texture and space of the course and classroom dynamics – not as whimsy, folly, but with the intent of expressing our genuine voice as critically reflective teachers?

Since design is problem solving, we cannot trivialize this work by saying our students are the problem; that would be like a painter saying the easel and canvas are the problem. Nor can we say the topic at hand is the problem. Teacher/designers, like all designers, know that the problem to be solved is one of expressing the authentic voice of the teacher and inspiring the authentic voice of the student. In the words of Professor Nel Morton, our task is to “hear each other into speech.”

The metric of good teaching is not figuring out a formula for the classroom then inflicting that formula upon students for an entire teaching career. Designers are after something more than the routine or the generic. Design sensibilities invite teachers to avoid teaching that is tantamount to fast food meals or paint-by-number kits. They challenge teachers to avoid teaching which is sterile, tasteless and steers learners “down a narrow road toward a destination not of their own.” (Wooten) Designers and artists invite new thinking and learning experiences to make the learning sticky, lasting, participatory and beautiful.

Suppose you were to take out a large, ample sampling of your syllabi, then arrange them chronologically. Spread them out on the floor (or the computer screen). Look for the ways your teaching voice has matured, evolved, shifted and become more refined. What does your voice taste like, sound like, look like, feel like, smell like in the classroom? What is the line, space, color, contrast (value), form, texture and space of your teaching? If you cannot answer these questions – ask your students – they know.

No one is born able to articulate their authentic selves. No one is born knowing their voice or design aesthetic. No one comes into the world knowing how to teach. It takes years to craft and refine your authentic voice – it evolves through work, rehearsal, practice, mistakes, and achievements. Recognizing our individual and collective power to get another person to express themselves freely is the insight toward freedom for both teacher and learner.