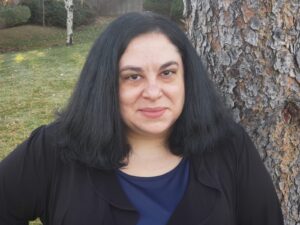 In 1887, British politician Lord Acton wrote the well-known phrase, “Power tends to corrupt, and absolute power corrupts absolutely.” Not as well-known is the context in which Lord Acton penned these words. They were written to the Archbishop of the Church of England, Mandell Creighton, who decried what he saw as overly harsh criticism of men in authority, namely, corrupt and abusive popes. In the same letter, Acton remarked, “I cannot accept your canon that we are to judge Pope and King unlike other men, with a favourable presumption that they did no wrong. If there is any presumption it is the other way against holders of power...there is no worse heresy than that the office sanctifies the holder of it.”[1] Christianity and power have long been intertwined in problematic ways, but does this mean that religious leaders and people of faith working for justice and peace should avoid power altogether? Is power inherently bad?

In my Community Organizing course for theology students, our discussions interrogate these questions and contextualize them to current realities. Drawn from one of the class texts, our working definition of community organizing is “to mobilize disenfranchised people to advocate on their own behalf in relationship to some power structure in order to achieve needed changes.”[2] This important work necessitates the amassing of power, not for consolidation with the few but for distribution among the many, so that power relations are transformed and power itself becomes a shared entity. In other words, structures that have consolidated power such that individuals residing within them are “sanctified” by the nature of their office must be held to account by the collective power of those impacted by the sanctified’s actions. Ultimately, power is not inherently good or bad; but it has the potential to be either or both depending on who has it and how it is shared (or hoarded, as the case may be).

Organizers—and ministry leaders—need to learn not only how to share power with others, but also how to help others recognize that they have power in the first place. In the COVID-19 era in which instruction has moved online, engaging in activities that help students practice power sharing requires creativity, patience, and a willingness to yield some of my own power as the instructor. The course is delivered asynchronously for the most part, but there are three seventy-five-minute synchronous Zoom sessions built into the design. I have utilized the majority of this time for the practice of key organizing activities designed to cultivate capacities for power sharing.

In our first session, I facilitated a consensus decision making process whereby the students discussed in small groups, and then reported out to the whole class, their proposals and reasonings for how they would prefer to be grouped in responding to weekly discussion questions. (It is a large class, so there are many options for how they might be grouped for weekly assignments). Consensus was built around one option, and the group agreed to experiment with their decision until the next Zoom session when I would check in with everyone to see if any change was desired. At the next session, students also split into pairs and practiced relational meetings, a foundational tool in community organizing with a purpose of building shared power through identifying mutual interests.

Through these activities, students cultivated awareness of their individual power, yet were challenged to forge connections with others to make shared decisions and listen for the purpose of understanding. These students, who will likely hold positional power as clergy or nonprofit directors, attained new understandings and praxes of creating collective power, moving beyond seeing power simply as a force to be cautiously kept behind a fence (as in a pastoral care conversation, for example) to embodying it as an active, dynamic energy that—with intentionality and humility—can transform individuals and dismantle unjust systems.

By introducing students to such constructions and practices around power, and committing myself to practicing a pedagogy of power sharing in the virtual classroom (both as I’ve described and in other ways), alternatives to “absolute power corrupt[ing] absolutely” might instead form leaders who empower self and others relationally and collaboratively. There is no organizing—or leadership, for that matter—without community. Given what our country has witnessed over the past four years with a Trump presidency, such alternatives are needed now more than ever in religious and secular spheres alike so that democracy might be realized more full

Kristina Lizardy-Hajbi is Term Assistant Professor of Leadership and Formation and Director of the Office of Professional Formation at Iliff School of Theology. As a scholar-practitioner, she brings nearly two decades of higher education and ministry experience to her interdisciplinary teaching in the areas of leadership theory and praxis, congregational and community formation and change, contextual education, and applied research methods. Lizardy-Hajbi is co-editor of Explore: Vocational Discovery in Ministry (Rowman & Littlefield, 2022), a regional advisor for the Exploring the Pandemic Impact on Congregations (EPIC) research project through Hartford Institute for Religion Research, and a research fellow with the Center for Church Management at Villanova University. She is an Ordained Minister in the United Church of Christ.