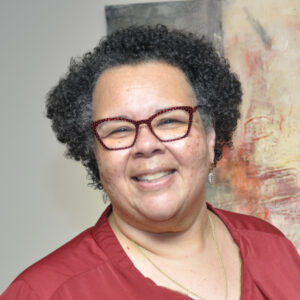 In the late 1970s, the summer day camp hosted by my church was filled with children grades 1 to 6. The counselors, including me and my best friend Michele, were high school aged people. I taught Nature Studies and Michele taught Spanish. Along with these two subjects, the campers also took classes in recreation, and crafts. We swam at the neighborhood pool in the afternoons and on Thursdays we went on excursions to Philadelphia sites like the Fairmount Park summer theatre, Music at the Del, the Philadelphia Zoo, the Franklin Institute of Science, and boat rides down the Delaware River. I had fun teaching, learning to teach, playing with the kids, and having a summer job with a pay check.

Snack time was a highlight of most days. Served immediately after swimming, the thirty-minute afternoon break typically provided a choice between cookies or fruit. At each snack time, baskets of treats were placed on the table for campers and counselors to take what they wanted. By Fridays, the cookies, having been the choice for most of the children, were depleted. Friday snack choices were limited to fresh fruit, apples or oranges. Much to my surprise, only a few children would eat the fruit – choosing instead to have no snack. Children who took a piece of fruit would only take a bite or two, then discard the rest.

Jamal was a bright, intelligent camper – age 10. He had beautiful cinnamon colored skin, stood about four foot/ten inches tall - he looked like a baby Denzel. He was mostly lanky arms and giant feet in high-top sneakers. When he played half-ball, red light/green light or tag, he had an awkward grace as he galloped in play - never tripping over his giant feet. Jamal could also be described as being “smart-alecky” as he often was sarcastic to adults. I liked Jamal for all of these reasons. He was confident, thought-filled, interesting to talk to. He was funny and he liked the attention I gave him. Jamal and I developed a quick rapport during sessions in my classes on urban trees, flowers, and pet care. He enjoyed caring for the classroom rabbit (named TR i.e. The Rabbit), hamsters (Sid and Natalie), snakes (Adam and Eve), and voles (no names given). I soon learned that it only took a stern look from me for Jamal to temper his audacious behavior and curb his insolent tongue. This also endeared him to me.

At snack time, rather than sitting with the other counselors or campers, Jamal and I would sit together to talk. We talked about current events. I would pepper him with questions about his aspirations – “Why do you want to be a truck driver?”. Jamal was one of the kids who looked disappointed when the snack baskets only offered apples or oranges.

On a particular Friday, Jamal placed an orange on the table, then climbed onto the picnic bench and seated himself across from me.  Jamal stared at the orange. I asked him, “Why don’t you eat the fruit?” Without hesitation and still staring at the orange with suspicious eyes, Jamal answered, “You can’t trust it.” I repeated his comment, but made it into a question, “You can’t trust it?” I continued, “Little boy, what does that mean?”

Jamal, still looking at the orange, answered, “You can’t trust what it’s gonna taste like.” Jamal then looked at me with an expression that conveyed I had little common sense. “Boy, what are you saying?” – I asked with impatience. Peering at me over his wire framed glasses, Jamal said, “It’s like this. When you bite into an Oreo cookie or a potato chip – you know what it’s gonna taste like. It tastes the same every time. But! (Jamal put his finger up and pointed at the orange for emphasis as if he was accusing the orange of wrong doing) If you eat a piece of fruit - you don’t know what its gonna taste like. It might be sweet(?) (dramatic pause) It might be sour(?).” While speaking, Jamal pulled his shoulders up to his ears and turned his palms up to communicate the uncertainty – “You just don’t know what you gonna get.”

Now forty-years later, I have not seen Jamal since summer day camp days, but his insight and perspective continue to teach me. The finicky eating habits of Jamal, and the other campers, might be what I witness in some college and graduate school students. The dietary preference for processed foods over nutritious organic offerings might be the same sensibility expressed by students who resist creative assignments in our courses.

At the risk of overworking this day camp story – what if our students prefer that which is predictable, formulaic, and expectable in our courses? What if our students reward our predictability with their affirming behaviors and chastise us when our assignments pull them out of their comfort zones? More to the point, what if the lack of variety in our assignments is a detriment to our students’ formation? What if our narrow offerings keep students from learning needed lessons for expansive formation in the digital age? In other words, risk averse students are difficult to teach and risk-averse teachers might be harming the learning.

Like apples and oranges, teaching is organic, alive, unpredictable – often conflictual. Even with the best preparation, in the words of Jamal about the fresh fruit snack, “You don’t know what you gonna get.” Teaching is more art, finesse, delicacy than science, recipe, or formula. Predicting how a class will go with ironclad certainty is for people who do not understand the nature of teaching.

Students’ sensibilities to newness, risk, and exploring the unknown impact the dynamics of the course. I remember summers of designing course assignments and learning activities which were tailored for my upcoming fall courses. I would consider the climate of the school, the events of the larger society, the students enrolled that particular semester.  I would design assignments which would connect our classroom learning to congregations as well as the wider society. I would dream up writing assignments which asked for creative non-fiction genres – letters, personal reflection, op-ed/opinion pieces, and project proposals. I would assign mapping, charting, poster-making for hallway exhibits and public displays of learning. Some assignments required group presentations, creation of scavenger hunts, bibles study lessons (written and demonstrated) or creation of playlists, reports of excursions taken beyond our class time. I developed an entire repertoire of assignments complete with detailed instructions, assessment rubrics, and foolproof encouragement!  I made these course design efforts because I believe students need to develop problem solving skills, hone their own creativity, and get acquainted with the makings of innovation and newness.

As is typical, on the first day of class I would review the syllabus with the students. Oftentimes my creative assignments were met with grimacing faces, untrusting eyes, hesitate students who preferred the predictable critical essay and term paper over the creative. So many of my students were like Jamal who wanted to know the taste of everything before risking the bite. Many students preferred an intellectual encounter more like processed foods than risking learning activities for which they were uncertain, unrehearsed, and unfamiliar. Adult learners prefer to be affirmed for what they already know than meeting the challenge to learn the new. Much to my joy, each class had four or five students who delighted in the creative, in the unpredictable and the innovative. I depended upon them to coax, model, and bring-along those students for which my unorthodox assignments were too scary.

For those of us who are interested in preparing students for the complexities of the 21st century, forming students into societal change agents, or simply teaching creatively for our own artistry and sanity – we must ask ourselves about our student’s palate for the uncertain, the unpredictable and the unfamiliar. In my early years of teaching several students found their way to the Dean’s office to complain about my assignments. Thankfully, I had a supportive Dean.

My hunch is that teaching predictably fosters students less prepared to handle surprise, adversity, or the chancy sour notes of life. Worse yet, predictable teaching rarely challenges the status quo or shows students ideas beyond their established norms and previously uninterrogated values. Adeptness with diversity is a key to student formation. Better formation of students requires we teach to invite them to be more aware of and able to traverse all kinds of diversity. Our classrooms are rife with the possibility of exposing students to the complexity of many: races, nationalities, genders, cultures, religions, theologies, ideologies, perspectives, preferences, values, learnings, etc. In so doing, we debunk the notions of supremacy - in all of its forms.

I am not suggesting class assignments should be like amusement park fun houses with trap doors in the floors, wavy mirrors and scary things jumping out of dark shadows in vulnerable moments. I have never been a proponent of pop-quizzes, adding assignments onto a syllabus as punishment, or attempting to control poor student habits with unexpected tests. We are not trying to induce fear or panic in our students. But neither do we want to lull students into complacency and complicity with redundancy, staleness, and musty, formulaic teaching. Embracing a wider palette of assignments models for our students the expectation of grappling with diversity as learning.

While Jamal and I sat together at the picnic table - I peeled the orange. I handed him the peeling to take to the trash. By the time he returned, I had placed half the orange on a napkin on his side of the table – the other half I held in my hand. Jamal looked at his orange half. I looked at Jamal. Jamal looked at me. I pulled two segments from my half and popped them into my mouth and chewed. The orange was slightly tart, but not offensive to my pallet. I gestured to Jamal to try his half.