Blog writing is an art. Blog writing invites a range of approaches as the blog post endeavors to foster a conversation about a particular topic or issue. Blog posts that gain significant traction are those that provide opportunities for questions to arise and prompt threaded discussions or sharing of the blog. In 750 words writers can help readers consider specific topics and issues that are currently impacting teaching and learning in theology and religion. Perhaps one way to think about it as a way to start a conversation rather than finish one.

Several Wabash Center blog writers were asked to reflect on their individual approaches to blog writing.  In particular, they were asked to consider how blog writing is different from other forms of academic writing and what they might suggest to others who submit blogs for publication consideration. Their responses are provided below.

1. A blog needs one strong idea or image or theme. Not two. Not three. ONE. That is, with only 750 words, the post has to capture your fellow teacher’s imaginations right away and leave them feeling like they have gained some salient idea or image or theme for their own teaching. So, narrow the scope of the blog post precisely and narrowly so that the reader’s imagination might be widened.

2. I keep a file on my phone with ideas for blogs. I might jot down a theme or idea or even just a line or two of writing to which I can return later. The key obstacle for me was figuring out what to write. By keeping these notes, I could grab one and run when it was time to write.

3. Speaking about “when it was time to write,” blog posts can easily take up too much time. So, I typically set a timer for 45 minutes or an hour. I force myself to write the post in that space of time. I do allow myself time to edit some 24 hours later; I allow myself to fiddle around the edges but not change the entry substantially.

4. Last, remember that this isn’t academic writing. It’s not about citing a bunch of other research nor about advancing the full nuance of an argument. Instead, a post takes a slice of the teaching life and examines it briefly. It invites further reflection more than it settles a question. A post boils; it doesn’t simmer. That is, you won’t be able to say everything you might want to say about your idea or image or theme, but you will want to say one thing cogently, beautifully, quickly. Your writing will start a conversation, initiate reflection not conclude a line of inquiry or settle a debate.

Blog writing is an art form that belies the writing conventions of most scholarly disciplines – that’s why I like it.  The limited word space requires one identified topic, then succinct exploration of that topic. There is no time or space to bury the lead.  My goal is to find depth of meaning and conviction in as few words as possible.  Abstract thought and complex ideas must be communicated without the use of nominalizations and jargon.  The better/best blogs read as elegant writing with a purpose.

The most challenging step of my process is selecting the topic.  I select topics which hook me emotionally – topics for which I have a personal stake or personal experience.  I allow daily news, conversations in my current courses and interactions with my colleagues to suggest my topic.  I also rely upon my own imagination and dream life to support my focus.  Once my topic is chosen, I try to communicate the passion of the topic (anger, rage or joy, deep pleasure).  When the passion is genuine readers might not agree, but they resonant and appreciate that kind of integrity.  Some blogs seem to write themselves effortlessly.  Others are written with great anguish.  In every case, I ask my research assist to read the entry before submission.  I need to know if the blog makes sense.

750 words is a very short essay. So that takes a lot of the pressure of writing blog posts. It can’t be comprehensive. So I’ve come to think of them as introductions to ideas more so than detailed explorations of those ideas. In my own process, I’ve first identified challenging (and fun!) topics that I’m interested in (e.g., theology vs. religious studies; humor as a pedagogical tool). I then reflect on how I already deal with the concept in my teaching. It turns out much of it has often been conscious but sometimes there are subconscious elements, so writing the blogs posts gives me a chance to reflect on the layers of the issue and to consider some of the stakes moving forward. I like to use a lot of short media clips in my courses, so thinking about one or a few of them as a springboard for blog posts has been helpful to get the gears turning as well. On that note, writing for the Wabash blog has been particularly exciting because dare I say most writing opportunities that academics engage don’t give us opportunities to write about ridiculous (albeit smart and valuable) YouTube clips. Similarly, I’ve often thought about a student interaction or essay that has stood out for whatever reason, and it’s usually not hard to abstract something meaningful from those encounters. 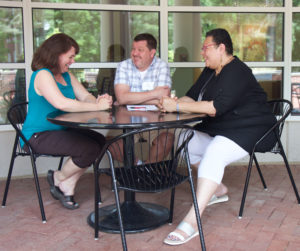