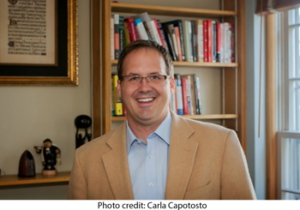 The faculty at Western Theological Seminary (WTS) in Holland, MI recently invested itself in Willie James Jennings’ book, The Christian Imagination: Theology and the Origins of Race (Yale University Press, 2010). Three faculty members were invited to take up Jennings' claim and call, and to generate a conversation in terms of how Jennings’ work intersects with our shared task of teaching and learning. I engaged as a pastoral theologian wondering what are the pedagogical implications if we accept Jennings' book, on his own terms, for the practice of theological education. Here is my offering.

Jennings' main argument is that Western Christianity lives with a diseased social imagination. He says, something is amiss here in the inability to consistently develop an imagination toward intimacy, belonging, and desire (6). Western Christianity not only chose this diseased imagination through participation in the slave industry but has now extended this imagination through a history of oppression, violence, and death for bodies (especially Black ones), as well as spaces, and language. Jennings peels back the layers of this history and asks, “what happened to the original trajectory of intimacy” in Christianity (9)? This diseased social imagination is an imagination formed in whiteness, which is a choice and not a given. Jennings invites the reader, indeed Western Christians, to understand the identity-facilitating character that occurs in complicity with whiteness. He unmasks the colonizing mindset, namely gentile forgetfulness, the commodification of land and people, and the spatial isolation of modernity. He discloses the social architecture of private property ownership and deconstructs the shadow-side of the translation and vernacular theories of the Reformation (he calls this later theory, “vernacular print capitalism”, see Chapter 5).

Jennings invites a theological re-imagining of Israel and Jesus, creation and redemption, land and people in such a way that “reconfigures living spaces for a more just society” (294). His claims and call are bold and complex; he peels back the social architecture of Christianity to move us toward shalom through the Christian imagination’s initial trajectory of intimacy, belonging, and desire.

Interrogating Me, a Teacher and Learner

Jennings unsettles the teacher of theology. He reveals my own pedagogical whiteness and invites me to consider his thesis that I have chosen, even if blindly, the diseased Christian imagination. Upon reading Jennings, I have been wrestling, painfully, in how I am complicit in the unsettling realities of the diseased Christian imagination and whiteness. Jennings invites me to interrogate my vocation and to ask, “How do I, as teacher, live into the colonial liturgy and the organizing ritual each day as a dominant culture person, especially in the economy of vernacular print capitalism and property ownership?”

My response to this question is not an answer but a series of additional questions and unsettling reflections:

I do not have answers to each question but simply more questions that need deeper pedagogical and personal examination. In other words, I have found myself living at the center of dominant culture and have forgotten what is actual for all of us: exile, suffering, and displacement. We cannot forget that most of us, almost all, were gentiles and heathens before we were home in our offices and schools. Exile is occurring to me and to you whether we know it or not. If we do not sense exile, then we have capitulated to the lie of the colonial liturgy and belong to the dominant culture.

Interrogating Us: A Protestant Reformed Seminary

When racialized tragic events occur in Ferguson, New York City, or even Holland, Michigan, there is little formal curricular space at WTS to question, explore, or reflect on these events that affect our friends, neighbors, students, colleagues, and even ourselves. Why is it that a curriculum with stated values - formational, sacramental, contextual, and missional - is so thin on required conversations relating to the here and now? Jennings invites us to interrogate our curriculum and our teaching and learning practices to be a place of intimacy, belonging, and desire. Jennings unsettles us to ask:

The context of ministry for our graduates is in the post-20th century U.S., yet the primary content for their understanding is 16th century Reformation Europe. There are particular gifts in each occasion that fashion pastoral leadership; however, when one occasion is considered “The Tradition”, aka the universal, then it reduces the others to simple novelty. Universalizing content locates all others in the mode of elective knowledge and not the central or core curriculum. As Jennings writes, “the problem is not curriculum coverage but how curricular sensibilities betray the concealment of modern identity formation with its constant social performances of detachment, distorting translation, and failed intimacy” (291).

Again, these are questions in need of time for further examination. In the end, Jennings invites white educational institutions to consider “the formative power of whiteness” (290) and to reimagine the social spaces of daily life toward a sense of intimacy and belonging consistent with the Christian narrative. As we move forward after Jennings and continue to expect our students to understand the diseased Christian imagination, the faculty is also invited to understand how we are complicit in the same and how we are called to live toward a Christian imagination of intimacy, belonging, and desire.

About Kyle J. A. Small