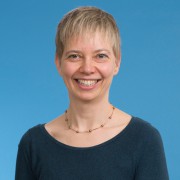 Race in the Classroom #3: Bringing in Race in a Catholic Intellectual Tradition Course

Having practiced on my first-year students for a few years [Race in the Classroom #1   Race in the Classroom #2], I felt brave enough to add several readings on race at once to my junior level course, Is God Dead? It was a good time to do it because I was revising the course anyway, converting it from a philosophy elective into a Catholic intellectual tradition course, fulfilling a gen ed requirement here at my small and mostly white Catholic college in the Northeast (I’m white too).

In revising, I had to go outside traditional philosophy – the standard philosophy of religion course reader has no readings on race or on Catholicism. I ignored the fact that I’m a philosopher and looked for resources in theology instead. I soon stumbled into Black theology. Then I used Google. A lot.

I’ve included race in two units on my syllabus so far:

I revised my old unit on metaphors about God into Re-imagining God: Metaphors for the 21st Century. We discuss the role of metaphor; we ask whether literal descriptions of God are possible; we consider better and worse metaphors. I added several readings on how images depicting God and Jesus as white men dominate religious art, asking if and how that matters and why it may be important to depict them as people of color and/or as women. We look at how this issue came up in the civil rights movement and how it has reemerged more recently.

This unit quickly became one of the strongest parts of the class. The students like it because it is relevant and has pictures. I like it because invites reflection in three areas that are crucial to my course goals:

This semester, my class added another question: Are we obsessing too much about images? The students pointed to a religious and a social danger:

A work in progress: I’m adding readings on black suffering to the Problem of Suffering unit. William Jones argues that given how much and how disproportionately blacks have suffered, it’s reasonable to conclude that God is a white racist. James Cone disagrees.

I haven’t taught this unit yet. But I will!

3.Learning more myself without going crazy

The voice in my head saying that I don’t know enough to teach this stuff is still there, but I’m resolutely ignoring it and teaching anyway, remembering that my students know a lot less about it than I do. I’m also educating myself one small step at a time. I read a couple of articles on Black liberation theology over the summer so that I would at least know more than what’s in the Wikipedia entry. Last spring, I stuck to Wikipedia. It worked.

I still know much less than I’d like. I want a better idea of how we ended up with our current images of Jesus. (I get why he is white, but why the long hair?) I’d like to understand how white mainstream theologians responded to black liberation theology. And I’d like a better sense of the Catholic church’s position and record on race. But I didn’t figure any of that out over the summer. I needed to rest, and I had other responsibilities too. Next time!

Metaphors for the 21st Century

The Problem of Suffering