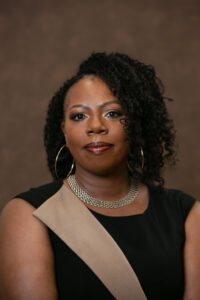 Confessional with Caveats: Womanist Confession as a Form of Embodied Teaching

This semester I taught the Gospel of Luke for the first time. My class was a seminar style class with seven students who worked diligently through the Lucan text while also engaging various scholars and they ways that these scholars used a variety of methods for interpretation. Since most of my published works are in the Gospels of Mark and John, teaching the Gospel of Luke was a new experience for me.

During the course of this class, my students dubbed me as their most “confessional” professor. At first, I disliked the term because, in my mind, I was still seeking to embody the detached state in my teaching approach which would have been very similar to many of the professors with whom I studied New Testament texts. However, I had to ask myself why I was seeking to be detached within this particular pedagogical space.

Upon reflection, I realized that the makeup of the class was one reason I wanted to appear detached. In my Gospel of Luke class, I had a variety of students ranging from budding womanist and feminist students to strictly complementarian male church leaders. As an African American woman professor, I have found in my years of teaching that strictly complementarian male church leaders often avoid my classes just because of my embodied presence. Because I knew that some of our conversations could become tense, I wanted to remain a detached presence even though my embodied presence oftentimes cannot afford to be detached. My particular embodied presence makes a difference in the ways that students receive information. Realizing this, I embraced the idea of being confessional—with some caveats.

Most scholars understand confessional approaches to religious education as not valuing differing interpretations of understandings of scripture and theological concepts.[1] Confessional scholars often believe that different opinions cannot be valued and accommodated within confessional spaces. I would offer something slightly difference and nuanced.

Turning to the work of Patricia Hill Collins, I argue that even though I am an ordained minister and seminary professor, my “confessions” are not rooted in the above-referenced (and outdated) understandings of confession but are confessional with a hint of testimonial authority. Collins argues that academia is influenced by various forms of critical analysis. Citing critical race theory, Collins discusses that said theory was advanced by legal scholars, practitioners, and activists while drawing upon dual theoretical traditions: specifically, structural analysis within the social sciences as well as narrative traditions within the humanities.[2] Collins further explains that the narrative traditions stem from the testimonial authority of storytelling. The recipients of the worst practices within the legal system told their stories as a way to bring about change to the system.

As I reflect on what I am calling “Womanist Confession as a Form of Embodied Teaching,” I realize that even as I explain the various theories and methods of biblical interpretation, most of my examples and discussion prompts stem from my own life and being as a Womanist New Testament scholar. Similar to Collins’ understanding of the testimonial authority of storytelling, I often reiterate stories of the worst practices of biblical interpretation that continue to gaslight within traditional confessional spaces. By doing this, Scholars can bring about change in the academic study of the Bible.

For example, when studying Mary’s Magnificat in Luke 2, I prompted the class to think about questions of consent, knowing that my own experiences of sexual assault lie in the background of my questions. While I may not explicitly tell stories about such experiences, I do allude to and testify about different experiences in my life and how male pastors have gaslit me into believing that the sexual assault was not as bad as it was.[3] Statistics also help in explaining the importance of asking these questions. According to the CDC, one in four women experience a rape or attempted rape in their lifetime.[4] There were five women in my class so that means that two of us has had such an experience. How does the conversation of Mary’s “consent” play out when we ask these questions while reading the biblical text? Oftentimes, male students do not think that such questions belong in the conversation but, as I argue to them, preachers may miss more than half of their congregation if they ignore such questions.

As pedagogues, we are not objective, dispassionate, and detached presences in our classrooms. I hope that each and every one of us continues to interrogate our own identities and our own stories as we enter the classroom space.

Angela N. Parker is Assistant Professor of New Testament and Greek at Mercer University’s McAfee School of Theology. She received her B.A. from Shaw University, her M.T.S. from Duke Divinity School and her Ph.D. in Bible, Culture, & Hermeneutics from Chicago Theological Seminary. In 2018, Dr. Parker received the Journal for Feminist Studies in Religion’s ESF New Scholar Award (2nd Place) for her article “One Womanist’s View of Racial Reconciliation in Galatians.” The author of other articles and essays, Dr. Parker’s book entitled If God Still Breathes, Why Can’t I: Black Lives Matter and Biblical Authority was released on September 14th through Eerdmans Publishing. (See Amazon and Eerdmans) Dr. Parker is ordained with the Missionary Baptist Association of North Carolina. You can find Dr. Parker on Twitter at @anp22fab, Facebook @ Angela Parker, and through Mercer University at https://theology.mercer.edu/faculty-and-staff/parker/