Home > Resources > Blog > 12 Surprises When Lecturing Less > On Not Lecturing
Selected Items Select an item by clicking its checkbox
Actions for selected results:
Sign-up to receive email alerts when new blogs are posted Read our Blog Series List of  Bloggers 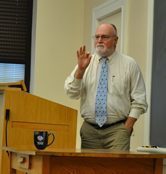 When I started teaching I relied, like many others, on the examples of my own teachers.  When I was an undergraduate, the teachers who moved me most were never straight lecturers.  So, I tried to adapt their styles.  The more I taught and especially the more I engaged with the literature about teaching and learning in the middle of my career, the more I developed an array of teaching strategies that depended upon student contributions to class sessions.  As I continue to move in that direction, several things continue to surprise me.

Editor’s Note: Join us every Tuesday and Friday over the next two months as we explore more ways that we can achieve our teaching goals more effectively when lecturing less. 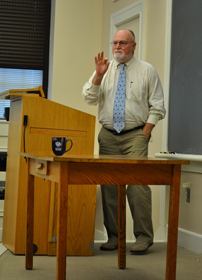 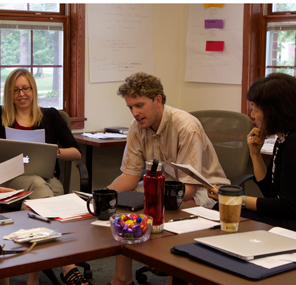 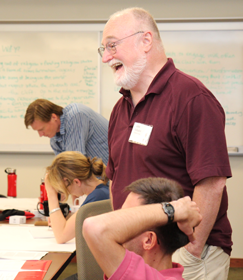 Eugene V. Gallagher, Rosemary Park Professor of Religious Studies, Connecticut College. Gene has been at Connecticut College since the early Bronze Age and has taught courses on scripture, Western religious traditions from antiquity to the present, new religious movements and theories of religion. He lives in Mystic, CT with his wife, Jennifer, a health care executive and two Havanese, Javier and Lucy, who are sources of endless amusement. His daughter Maggie, a college junior, now views home as her country place. Outside of the classroom, his greatest privilege and most rewarding experience has been working with the Wabash Center in a number of capacities, including serving as Associate Editor of Teaching Theology and Religion. He has written numerous articles on ancient Mediterranean religions and on new religious movements in the U. S. He has published four books, including Why Waco? Cults and the Battle for Religious Freedom in America (with James D. Tabor) and has just finished the manuscript for New Bibles: Reading and Writing Scripture in New Religious Movements. When not working, he likes to be on, in, or under the water.