Home > Resources > Blog > Race Matters in the Classroom > Black is Black: Made In God’s Image
Selected Items Select an item by clicking its checkbox
Actions for selected results:
Sign-up to receive email alerts when new blogs are posted Read our Blog Series List of  Bloggers 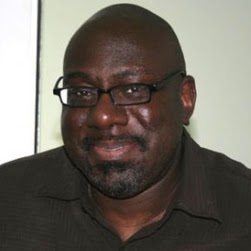 Black is Black: Made In God's Image

One of my earliest experiences was my first day at school in Bradford, West Yorkshire, in The United Kingdom. Sitting in what was the equivalent of the reception or the beginner's class, I suddenly felt an intense pain in my right arm. I turned around to find that I was being bitten by this White boy sitting next to me. When I asked him why he had bitten me, he said "I wanted to see what colour blood you have. My nan (colloqualism for Grandmother) says that you coloured people have different blood to us."

That incident,  when I was 4 years old, has stayed with me. The actions of that young White boy were based on the assumption that I was somehow different to (and less than) him. As I am writing this piece the news is awash with the disturbances in Ferguson, Missouri, where an unarmed Black man was shot dead, killed by the police. While the two events are separated by over 40 years, they are linked in the casual disregard many White societies still have towards Black people.

The teachable moment that arises from any casual observation of the latter event, which in my case is informed by the former, is that of subjectivity. What does it mean to be a subject?  What does it mean to be a human being endowed with the capacity to create self meaning and to generate worth and 'somebodiness' in the world? The converse of being a subject is to be an object. Objects have no intrinsic meaning in and of themselves. Meaning for an object is given to it, not from within, like a subject, but from without, by external forces. To treat a subject as if it were an object, i.e. with no intrinsic worth other  than what is given it, is often named as "objectification." For a human being to be treated as if they are an object means that they are considered by others as having no intrinsic meaning or value in and of themselves. Therefore,  they can be treated as others so decide. So I could be  bitten with little thought given as to whether it was right, justified, or how I might feel. More crucially, for the purposes of this blog, it also means that an unarmed Black man can be shot and the burden of responsibility be placed on the moral character of the objectified Black youth and not the White, armed police officer.

One of my all time heroes is the South African freedom fighter, Steve Biko.  Biko was an advocate of

"Black Consciousness," a sociopolitical movement committed to enabling Black Africans in South Africa to reclaim their innate subjectivity. For Biko, it was imperative that Black people rediscover what it meant to generate their own internalised self meaning and definition of self that transcended the objectified impositions of White racists. Biko was murdered in 1977. In the 37 years since then much has changed. There is a Black man in the White House.  Something that would have been considered impossible in 1977. And yet the dehumanising forces that give rise to objectification sadly remain. Black people continue to be treated as objects and have their innate self worth and claims to dignity and even life trampled upon and transgressed.

The challenge for theological educators is one of preparing our students to both deconstruct and transform the objectifying tendencies of White hegemonic systems, in order that the innate subjectivity of all people, including Black people, can be acknowledged.  The life, struggles, and ultimately, the death of Steve Biko reminds us that disinterested  knowledge for knowledge's sake is a luxury we can ill afford when faced with the death dealing forces of objectification.  Theological education must be transformative and committed to the human flourishing of all peoples.  The people of Ferguson, Missouri and beyond deserve nothing less.

This model of theological education is one that is embedded in both the pedagogical processes and the subject-content of the curriculum. In terms of both pedagogical and subject-content, it is the concern to bring the wider world and the lived realities of human subjectivity into the classroom and the teaching moment. I have constantly asked of students "How does the human subject impact upon the intellectual theories and frameworks we are addressing?" So in classes on say "theological reflection" or "Christian formation", the question becomes "How does gender or other issues of power impact what we notionally believe it means to be a Christian?" The point I am trying to get them to see is that incidents such as me being bitten back in the late 1960's, or the shooting of an unarmed Black man in Ferguson in 2014, or the death of Steve Biko in 1977, do not just fall from the sky. They don’t arrive fully formed. They are constructed. They have their antecedents in the myriad ways in which power and the negative hermeneutics of difference lead to destructive forms of objectification, which in turn, give rise to a continuum of violence. Sadly, the highly charged political agenda I am outlining for a transformative mode of theological education has found very few takers. The continued push for a non-committed, seemingly neutral, process of teaching and learning still holds sway and far too much education operates as if the incidents impacting Ferguson, Missouri do not exist. We have a long way to go.