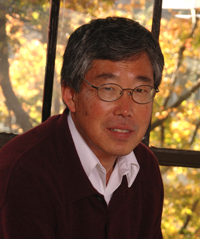 The Ferguson story reminds me of the “Rashomon Effect,” named for late Japanese movie director Akira Kurosawa’s film Rashomon. In the film a crime witnessed by four individuals is described in four mutually contradictory ways. The Rashomon Effect is contradictory and often has opposing interpretations of the same event by different people. The heart of the matter in the Rashomon Effect is the question of truth and truth-telling. Whose understanding of the truth matters most? In light of the recent killing of Michael Brown, an African American youth, by a Ferguson white police officer, Darren Wilson, and the subsequent racialized controversies about the incident, the Rashomon effect could now be renamed as the “Ferguson Effect.”

One reason race provokes such heated responses is because it is very difficult for all parties involved in the conversation to come to a commonly shared understanding of what race means because of the often contradictory and opposing readings of race, depending on one’s location. Even if we agree that race indeed matters, the question of why it matters leads to divergent opinions and understandings based on our differing social, racial, cultural, economic, sexual, and political locations. No wonder a conversation about race is fraught with difficulty whether in public or in the classroom. Every person who participates in a conversation about race is suspect because of that person’s racialized location, either assumed or proclaimed. For example, some might argue that racial diversity has been greatly advanced in educational institutions during the last several decades as reflected in the increase of people of color among students and faculties. But there is no assurance that ethnically underrepresented people would make the same observation -- thus, the “Ferguson Effect.”  How one “gets” or “does not get” race is based on the person’s racialized identity and location. Furthermore, the oppositional dynamic deeply embedded in the relationship among the conversation participants in North America on race makes any possibility for a common understanding nearly impossible. In such a climate, who speaks the “truth”?

How can such an impasse be broken in classroom conversations about race? The Ferguson Incident and the subsequent public discussions about what happened there have not really provided us with helpful insights. The racial divide appears too deep to overcome. But I think the prospect of breaking the impasse about race in the classroom is not so bleak. In the recent undertaking by the Association of Theological Schools called “Preparing for 2040: Enhancing Capacity to Educate and Minister in a Multiracial World” that I participated in as a coach, I found signs of hope.

While many of the participating schools focused their efforts on such issues as  greater diversification of students, faculty, curricular designs, and decision-making processes, some schools took a different approach and addressed a more fundamental level of the “Ferguson” divide over race. One school in particular focused its effort on classroom conversations with the objectives based on this school’s finding that “there is conflict in any change that pushes at stereotypes, requires self-assessment, and looks at institutional assumptions.”

What is gleaned from this school’s treatment of race and racial diversity is very instructive on the subject of “Race Matters in the Classroom.” In light of the “Ferguson Effect” in treating race, two objectives for race conversation in the classroom can be considered.

1) Self-assessment and examination of the assumptions one brings to the matter of race, particularly by the racially dominant group of people. The heart of the matter of race for the dominant group is the realization that no mind is so closed as the mind that is convinced of its own openness (as the former president of Union Seminary, Donald Shriver, once said).

2) For racially underrepresented groups of people, the objective of classroom conversation is having their voices heard. The central issue is that their experiences of pain and race are indeed respected, given a hearing, and taken seriously in the classroom setting.

For these objectives of race conversations to be accomplished in classroom settings, the commitment of the school to racial justice is critical. Only when the school is serious about racial justice in education, will race become a significant educational matter in the classroom.  Without institutional backing, whatever is discussed about race in the classroom will become an isolated and fragmented endeavor only reinforcing the “Ferguson Effect.”

My research question is how far a Christian identity can be stretched and yet still remains "Christian" and who determines the limits and for what reasons. This question is explored in light of the kakurekirishitan (Hidden Christians) studies in Japan. More precisely, the question is that of how the historically singular epistemology embodied in the "one-God" understandings of Christianity has played out in multiple readings of reality, a "many gods" epistemology, in Japan. I would claim that the "character of love" as defined by Ernst Troeltsch’s notion of the revelation of Christ is a distinct Christian faith paradigm that takes on the character of "the Sounding of the Heart" even when the historical identity of Christ is extensively eroded, the "sounding" that speaks to people beyond the difference of the worlds with the language that is so intimate that it profoundly grasps their hearts.