During a recent webinar on the topic of leadership I offered a list of important skills related to the topic at hand. The list included something along the lines of the need for a leader to be "politically astute." That item, only one among several, got the most questions and comments during the Q&A segment, with several participants expressing discomfort with the idea. That's not surprising. How often do we hear people express, "I just don't like the politics involved," or, "I enjoy the job, I just don't like the politics"? 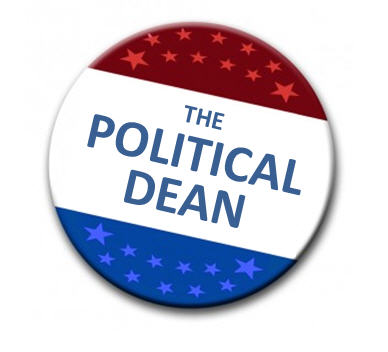 The reality is, for better or worse, politics comes with the job of the academic dean. This can be grating and uncomfortable to some, especially to those who move into that role from the more pastoral academic life of scholar and teacher, where politics is sometimes studied but need not be practiced.

The situation is not helped by the preponderance of negative attitudes toward politics. Groucho Marx has been quoted as saying, "Politics is the art of looking for trouble, finding it everywhere, diagnosing it incorrectly and applying the wrong remedies." Neither is the negative perception helped by books like political scientist and game theorist William H. Riker's The Art of Political Manipulation, in which he offers twelve historical vignettes of how people have manipulated their opponents in order to win political advantage. And some definitions like “Politics is about who gets what, when, how,” by notable political scientist Harold Lasswell, can only reinforce our cynicism.

But, we just can't get around the fact that effective deans are politically astute. It will help, however, to acquire a more positive understanding of the function of being political in one's context. People are, by nature, political claimed Aristotle. In other words, we are creatures whose nature it is to live and work in a polis. That's not a stretch for any who work in a theological school. Most religions will assert the claims that "there is no self apart from community," that humans were created to be social beings, that faith is primarily a social phenomenon, etc.

A more hopeful and positive understanding about the role of politics in the work of the dean is Bismark's famous quote, "Politics is the art of the possible, the attainable---the art of the next best." Harvard Business School Professor Linda Hill observes that organizations are inherently political entities, and she argues that a leader's success is determined by how well she or he manages the political dynamics associated with all aspects of organizational life.

As educational leaders deans must negotiate the complex network of relationships that make up the theological school, with its wide matrix of relationships (partner schools, constituents, accrediting bodies, denominational entities, etc.). A politically astute dean provides several important functions to the system. Here are four:

A perpetual struggle for theological schools is to overcome the "silo" structures that isolate key personnel whose work and contributions are critical to the mission of the school. Entrenched structures that isolate faculty by fields and guilds, faculty from staff, trustees from faculty, etc., only serve to fragment the system. It is ironic that in terms of modeling "a learning community," theological schools may be among the poorest examples. One important function of the political dean is to keep before all segments of the school the common good each participates in and to which they contribute. Academics and scholarship tend to be contexts of solitary enterprises. The political dean needs to remind everyone of mutual commitments to the corporate body and the institution.

Politics includes negotiating for consensus and cooperation between factions within the organization. In this regard the political dean will need to be a pragmatist when others may work out of ideological or philosophical orientations. Pragmatism welcomes compromise. At its heart, politics is the art of getting people to join together for the common good. In the context of the often siloed culture of a theological school, and with the diminishing of institutional resources, this political function can rise to the level of a fine art.

The political dean understands that consensus is not equivalent to commitment, and it does not automatically translate to action. It is not enough to get people to agree on something through consensus. A system needs persons who will commit to action, invest time, energy, and talent (and in times of crises, blood, sweat, and tears). The political dean understands that people are motivated by different things. For example, rarely is extra pay a motivator for faculty, but it will tend to be for staff members. The political dean never underestimates the power of the baser motivations.

No enterprise can succeed without a strong network of partners, supporters, and constituents. And rarely can a leader be effective without staying connected to people inside and outside the organization. The political dean understands the importance of building generative networks. A good strategy for success, author Linda Hill advises, is to think about the people you depend on to help get your job done: "And then you have to ask yourself, 'Have I built the right relationships with those people? Do they really trust me? Do we have mutual expectations? Can I influence them? Can they influence me?'" If the answers are no to those questions, says Hill, "then you have not built the right kind of relationships."

Hill also argues for networking outside the dean's immediate circle of peers and bosses, and building "mutual influence" with people outside the organization "over whom you don’t have formal authority, but who in fact you need to do things for you in order for you to be successful, or for your team to be successful." In an age of scarcity the need to partner with like-minded organizations with similar or parallel missions becomes increasingly critical.

Networking seems to come naturally to extroverts, but can be a challenge to introverts. Managing and cultivating relationships often requires introverted deans to be social, even when they don't want to. Developing a "networking style" that fits who you are, is necessary, says Hill.

Resources for learning to be a political dean:

Israel Galindo is Associate Dean, Lifelong Learning at the Columbia Theological Seminary. Galindo writes for the “Along the Journey” blog of the Columbia Theological Seminary, and, the Digital Flipchart blog. His most recent books are Mastering the Art of Instruction: The Nine Essential Instructional Skills Every Teacher Must Master, Stories of the Desert Fathers: Wit And Wisdom for Today’s Bewildering Times, Seeking the Holy: An Introduction to the History and Practice of Spiritual Direction for Today’s Churches, and Theories of Learning: Approaches to Teaching and Learning for Christian Educators and Theological Faculty