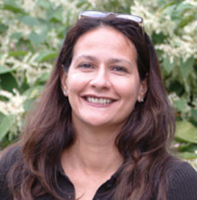 Since 9/11, colleges and universities have increased their course offerings in Islamic traditions and Muslim cultures. Yet, it seems that anti-Muslim rhetoric is everywhere. In Caleb Elfenbein’s recent blog, he points out that our students know only the world with our “war on terror” or rather he suggests it is a “war of terror.” He also suggests that we cannot retreat to a strategy of apologetics when we teach about Islam and Muslims. A Pew study conducted in 2014 measured American perceptions of Islam using a “feeling thermometer” (zero indicating coolest feeling and 100 indicating warmest feelings toward Muslims). Islam received some of the coolest ratings with only atheists and Mormons scoring slightly lower among Democrats. Among Republicans feelings toward Muslims were even cooler and the lowest rated community. More than a decade after 9/11 we still have so much work to do. In fact, I would argue that teaching about Islam is more challenging than ever before.

By taking current events and tackling them head on, we make our subject real and shrink the distance between students and our subject. We can count on our students to have some familiarity with the big events; and so we have an opportunity to disrupt what has become normative thinking about all Muslims. Current events offer many opportunities to teach students how to question the way events are portrayed and absorbed. I find that sometimes we just need to trash the lesson plan and create anew—seize the moment!

Addressing a crisis as it unfolds can be incredibly rewarding to the students. It is hard work for us, no doubt, but worth the effort.

After the Charlie Hebdo shootings last year, you may recall there was lots of discussion in the media about free speech and Muslim inability to comprehend and accept satire as a kind of free speech. I devoted two weeks to the topic. In this section of the course I let the students know we would direct our attention to globalization, European and North American views of Muslims and how these views play a role in contemporary conflicts. Specifically, we considered how Americans understand the presence of Muslims in America and Europe, and how we respond to the presence of Muslims in our democracy. We discussed ethical and moral obligations of a democratic society in responding to the needs of all its citizens and its national interests abroad.

I started this section with reading assignments about immigration, considering positive and negative views on immigration. They read a piece that argues that immigration and an opposing view with specific reference to Muslims. We discussed the anxieties and how that can and does impact policy and attitudes of majority citizens. We next address the concept of citizenship and questioned the terms of citizenship. Are all citizens equal? How do race, ethnicity, religion, and other “otherness” play into the limits of citizenship? The discussion then moved to tolerance and what that means in terms of real attitudes, behaviors, and policies. This material set us up perfectly for a discussion of Charlie Hebdo. We discussed the meaning and purpose of satire and looked at examples of Charlie Hebdo’s cover cartoons about Muhammad the Prophet. After that discussion, I handed out copies of Joe Sacco’s piece on the events. Joe Sacco’s cartoon response to the Charlie Hebdo shooting raised questions about free speech, hate speech, who has the right to speak, who is listening and the varying degrees of rights we have in our democracy. His employment of satire laid bare some very uncomfortable facts. In the fourth class we addressed examples of free speech acts in the U.S. such as the anti-Islam and Muslims advertisements run on public transport in major cities by Pamela Geller and the American Freedom Defense initiative, which is listed as a hate group by the Southern Poverty Law Center.

In the end, students learned a lot—about the racialization of Islam, feared minorities, free speech, hate speech, the politics of moral and legal citizenship and why this all plays a huge role in the world as it is now. Using current events is one way you can support student efforts to recognize blind spots and cultivate strategies for better understanding.

This semester I will revisit the question but also include a discussion of what presidential candidates say about Muslims and why that matters.

Here are some sources I have found helpful:

1. Ali, Syed and Douglas Hartmann, "Maligned Migrants: Muslims in the United States and Western Europe," in Migration, Incorporation, and Change in an Interconnected World, Routledge, 2015.