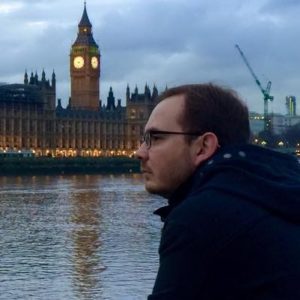 Opposition to Teaching and Learning About Islam

When I was teaching public high school, a colleague in the history department approached me to express his concern about our world religions curriculum. “I am scared to touch it,” he said. What he meant, first of all, was that he felt unprepared to teach about religion. The material was part of a large swath of topics social studies teachers find themselves potentially responsible for without specific training. My friend was scared of saying the wrong thing and trespassing over a professional boundary between the appropriate and inappropriate consideration of religion. This is not surprising since the Pew Research Center reports “widespread confusion over the line between teaching and preaching in public schools.” Regardless of whether a line was actually crossed, he was worried about setting off a firestorm among parents and other community members by teaching about religion at all.

Perhaps he was right to be worried. Last December, an entire county school system was shut down in Virginia when a worksheet on Islam triggered public outcry and threats. The assignment tasked students with experiencing the intricacy of Islamic art by copying an untranslated and calligraphed rendition of the shahada. Linda Wertheimer notes in an editorial response to the incident that “Islam is singled out for fear in the classroom” and describes similar cases in her book Faith Ed: Teaching About Religion in an Age of Intolerance. Other controversies erupted in response to a video of Boston students acting out the motions of Muslim prayer while on a field trip to a mosque and when Texas students were photographed wearing a burka during a world geography lesson about clothing. Providing more questions than answers, Wertheimer gives the sense that those of us committed to religious literacy and tolerance have a long struggle ahead.

Opposition to teaching and learning about Islam is not limited to K-12 schools. In 2002, UNC-Chapel Hill sparked a controversy upon selecting Approaching the Qur’an by Michael Sells for its summer reading program. In an online exhibition on “Academic Freedom and Free Expression at UNC” several digitized artifacts related to the event are available for review. Among these is a collection of postcards distributed by a socially conservative Christian organization who felt the book was too positive in its portrayal of Islam. The preprinted text on the cards reads, “I was appalled to learn that the University of North Carolina was requiring incoming freshmen to study Islam and listen to Muslim prayers and chants. Can you imagine what the ACLU would have done had you required incoming freshmen to read the Bible and pray to Jesus?” With the leap from listening to prayer to actually praying, we again find a failure to distinguish between teaching about a religion and proselytizing. “I can’t believe that this university is pushing religion on children,” reads the handwritten comment on one postcard.

Opposition to teaching and learning about Islam is a particular manifestation of Islamophobia and anti-intellectualism. It would be naïve to ignore the existence of this phenomenon and the potentially chilling effect it can have on well-meaning educators interested in teaching Islam. My suspicion is that individuals with a vested interest in propagating antipathy toward Muslims are aware on some level that education is their enemy. Providing students with the tools they need to understand Bin Laden and 9/11 while also considering the voices of everyday Muslims strikes at the heart of Islamophobia. Prejudice is unlikely to survive in an environment of genuine knowledge and open conversation.

With this in mind, I have three recommendations for those of us committed to teaching Islam. First, it is advisable to maintain an awareness of Islamophobia and the efforts to combat it. The important work of The Bridge Initiative at Georgetown University is a helpful resource on this topic. Second, teachers of Islam should cultivate a philosophy of education attentive to voices of opposition. Our essential questions and learning goals must be abundantly clear. We cannot persuade every contrary voice but we can ensure that every student who leaves our classroom understands the value of studying religion. Finally, I opened this entry with a consideration of high school teachers, really any teachers who are uncertain about whether or not they ought to approach religion in the classroom. I think those who are comfortable teaching Islam and other religious topics bear a responsibility to enter into conversations about teaching and share what they know in a variety of educational contexts.

Joshua Canzona, Senior Fellow in the School of Divinity, Wake Forest University. Joshua completed his doctoral work at Georgetown University with a dissertation examining consciousness and sociality in the work of Pierre Teilhard de Chardin, SJ and Muhammad Iqbal. His current research interests include comparative mysticism and religion in film. A former public high school teacher, Joshua conducts workshops and consults on classroom practice, curriculum development, and assessment. He is also the University Ombuds at The University of North Carolina-School of the Arts, the first public arts conservatory in the United States.