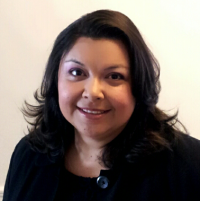 For Latinas, Sanctuary Spaces are Not Enough!

But I was also alarmed by these numbers. Why? Because of other statistics about this population:

What does this have to do with teaching, religion, and politics? Well, if Latinas account for over 10% of the US population, and 60% of the Latinoa population[7] are citizens of the US, then we are saying that at least 6% of US citizens are Latinoa. Yet, I find few syllabi or resources at the university and seminary-level that are engaging issues of concern for Latinas. The dearth is especially obvious in general education courses. This is significant because misperceptions of Latinas leads large numbers of US citizens to think that the majority of Latinas are not citizens and should be, depending on one’s political affiliations, treated accordingly.

Many of my students in the Midwest have lived without engaging the Latinoa population and I have found in my teaching at the University of Dayton, and other institutions, that they do not know about the complex and varied realities of Latina life in the US. When I share with them that most Latinas are born citizens or born to citizen parents and then naturalized, students have told me that they thought most Latinas came to this country by crossing the Mexico/US border on rafts. I am concerned that talk of sanctuary spaces in response to statements made by the President-Elect will focus student attention on creating these sanctuary spaces with little regard to either the diversity of Latina life or the social issues which affect them. In other words, sanctuary spaces are not enough for us to fix the social ills of the pueblo.

Our systems of education do not help to make these connections either. But, I believe we religion scholars have a special role to play in teaching and learning with and about Latinas.I am listing some resources below to start the discussion about this topic. What other resources do you know/have you used to teach with and about Latinas?

Lara Medina. "Nepantla Spirituality: An Emancipative Vision for Inclusion" in Wading Through Many Voices (2011).

Neomi D. De Anda, a Tejana scholar/activist and Catholic Lay Marianist, was raised between El Paso and Corpus Christi, Texas.  She currently serves as Associate Professor of Religious Studies at the University of Dayton. Her research interests include Latinas and Latin American women writers in religion 1600-1900; Christology; Latin@ Theology; theology and breast milk; the Intersection of race and migrations in conjunction with the Marianist Social Justice Collaborative Racial & Immigrant Justice Team; and developing a border theology in partnership with the Hope Border Institute.  She has been awarded the Louisville Institute First Book for Minority Scholars grant and fellowships from the Hispanic Theological Initiative. She regularly appears on Radio Maria (https://radiomaria.us/). For resources on her work regarding various social issues go to neomideanda.com and follow her on Twitter (https://twitter.com/NeomiDD OR @neomidd). For an open access interactive student led tool on Mary, which she oversees, visit MaryoftheAmericas.org or MaryAPParitions.org.