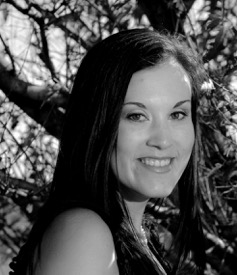 As an anthropologist of religion, I have advocated that the skills one develops in an ethnographic setting are necessarily translated to the classroom. I’m a proponent of creating a space for students to serve as experts and to speak to their own experiences—especially when addressing contemporary political movements and events. Active listening and collaborative learning with our students are key means through which we, as James Bielo notes, are able to be “ethnographers in, of, and for all the courses we teach.”[1] I like to joke with other anthropologists that we were the children who didn’t fit in; we sat on the sidelines watching the more popular children play, drawing rudimentary theories about their social dynamics and interactions. One of the first things one learns in the field is to drop all assumptions. We learn to ask questions to which we think we already know the answer and, more often than not, we uncover something altogether unexpected.

This is my approach in my course on Religion and Society – a course that looks at the manifestations of religion in the contemporary world read through a lens and a critique of the social forces that dominate modern Western democracies. As has become almost canon among RS professors, I use the example of the American flag to illustrate Durkheim’s discussion of the totem and the distinctions between sacred and profane. As a Canadian living in the United States, I have the added benefit that I am able to feign ignorance.

Holding a paper version of the American flag, I ask my students to reflect on what it stands for. “I didn’t grow up here,” I tell my students. “I don’t know what any of this means. Tell me abo-out it” (all semester long, I put the extended emphasis on my ‘u’s in preparation for this performance of difference). I pretend to be confused as they explain, yes, it’s a piece of paper, but really it means more: freedom, justice, liberty, etc.

It’s a great conversation – one that is not original to me – and makes for a strong teaching exercise in an introductory religion class. Not only does it illustrate Durkheim’s theory of the totem, collective effervescence, and American civil religion, but it is also an excellent vehicle to get students comfortable with debate and disagreement in the classroom.

Usually, the students respond well. They are acquainted with controversies surrounding the American flag; they quickly draw connections to such social issues as debates over the Confederate flag and Colin Kaepernick. In my experience, it is a topic that matters to them and they are already familiar with both sides of the argument and have already drawn their own conclusions. Because they are more or less set in their opinions, it serves as a good topic to practice respectful listening. Sometimes it is easier to listen openly to an opposing argument when you know that you’re not going to change your perspective.[2] And at an early stage in both the semester and in their college careers, learning to listen and practicing disagreement are key.

I am unable to stop at this point. The exercise helps students learn to disagree from a shared starting point (American identity) but leaves me dissatisfied because it doesn’t attend to the experiences of dual nationalism of myself and many of my immigrant students.

Canadians hold a form of national pride invested in our self-perception as the underdog. The first time I taught this lesson in the United States I followed the American flag with the Canadian one. I don’t know what I thought my students would say when asked about the national qualities and values associated with The Maple Leaf. But the responses of “hockey, Justin Bieber, bacon, and polar bears” were strikingly in contrast to the discussion of the core values signified by the American flag, for which many claimed they would willingly sacrifice their lives.

I now take seriously collaborative learning experiences where some students’ lack of expertise might be highlighted. It is one that purposely redefines who counts as an expert and displaces my American-born students.

A clarification about context is necessary. Middle Tennessee State University is the largest public institution in the state. It caters mostly to students from the Middle Tennessee area, many of whom are first-generation college students. Because of the wide availability of manufacturing jobs, low cost of living, and its identification by the American government as a refugee resettlement region, Middle Tennessee is more international than one might expect for a region that regularly boasts to be the ‘Buckle of the Bible Belt.’ In addition to significant Hispanic and Southeast Asian immigrant communities, the region has the largest Kurdish population in North America, a significant Laotian community who have been in the region for several decades, and a recent increase in immigrants from Somalia, Sudan, Egypt, Eretria, and Bhutan.[3] On the first day of every semester, I have students fill out an information form that—along with relevant questions asking about students’ majors/minors, preferred gender pronouns, previous courses in religious studies, etc.—asks what their hometown is. With this information in hand, I bring images of the national flags of their countries of origins and ask them to speak to their conceptions of their own flag.[4]

Sometimes this exercise works and sometimes it falls flat. For the most part, my students who were born in another country immigrated to the United States with their families as children and have become naturalized citizens. Unlike myself, they have a sense of themselves as Americans.

“What about this flag? What does it signify?”

I wait patiently for Farrah, who immigrated to the United States as a child fourteen years ago to look up.

Farrah looks up and laughs. “That’s the Egyptian flag,” she says excitedly.

She begins to explain the symbolism of the colors and their revolutionary importance. She speaks proudly about the struggle to overcome oppression and how the white band symbolizes a peaceful exchange of power. “But it’s more than that,” she continues. “Egypt is the cradle of culture, the oldest continuing civilization. You wouldn’t have the developments in Europe or America if it hadn’t been for us. Or at least that’s what we learn in school. We’re taught that we are history.”

At this point, I usually attempt to pick up a common theme between their form of nationalism and my own. With Farrah, it was easy to draw connections between the emphasis placed on a perceived bloodless transition of power in the national myths of Canada and Egypt.

It doesn’t always work well. Farrah’s family moved to the US fifteen years ago, but they return regularly to Cairo to spend time with family. They are proud of their Egyptian roots. Often my Egyptian students, particularly those who are Coptic, are more critical of the national mythos. This past semester a student from Monaco rejected my attempts at a shared identity and instead placed me with the Americans observing, “Europeans just don’t care about these symbols the way you North Americans do.”

I like this exercise because it displaces the students in a way for which they are not prepared. Their rehearsed points about the flag, which are perceptive and important, are all of a sudden lost in the context of a different national mythos. They are smart enough to know that the Justin Bieber jokes don’t cut it, and as Farrah lays claim to her country as the origins of history, she discursively moves the American-born students to the margins. If anyone understands displacement, it’s immigrants—from lines in airports and government forms to media rhetoric and misplaced cultural cues, feeling out of place is par for the course.

It is my hope that this exercise serves as a place to begin larger conversations about religion, politics, and social issues and realigns our assumptions about who counts as an insider and who counts as an outsider. These are conversations that many of us are having both inside and outside of the classroom in consideration of gender, sex, abilities, race, ethnicity, and, of course, religion. But I’ve found the rhetoric about immigration, citizenship and nationality lacking. I am hesitant about language that in a spirit of inclusivity too quickly overlooks the lived experiences of our dual-national students. I’m not sure what I’m looking for, but I’d like to use this blog as a forum to think publically about it. I hope that you will join me in this conversation regardless of your nationality.

[2] A recent New Yorker article argues that changing one’s mind is even more difficult than we think:  http://www.newyorker.com/magazine/2017/02/27/why-facts-dont-change-our-minds.

[4] At the beginning of every semester, I have every student enrolled in this introductory course meet with me for a short one-on-one interview to get to know them, to talk about any early concerns they might have, and to emphasize my expectations about their responsibilities as students. I ask my immigrant students during this interview if they are comfortable speaking in class about their experience growing up in or coming from another country. Especially, given recent political developments, it would be inappropriate to ‘out’ them without permission.