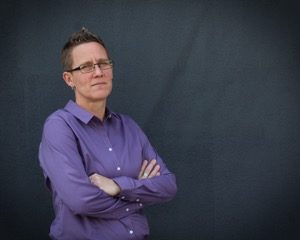 One week after the November 2016 election, the Faculty Senate at Drake University convened. For almost an hour we debated a resolution a small group of faculty had drawn up in the days after voters across the nation chose for their president a man who regularly uses vitriolic and vile language to talk about people of color, immigrants, women, and an array of other marginalized groups.

At the end of the debate, we were tired. Not everyone was in full agreement. Some faculty left worried about the implications for Drake as an institution.

But, I was proud. Less than a week after the election Drake faculty approved a resolution that our President quickly formally endorsed declaring Drake a “sanctuary institution.”

There’s much to be said about the limits and merits of such a resolution.

One the one hand, such resolutions don’t legally accomplish all that much for students who are at risk of deportation. As faculty opposed to the resolution pointed out, Drake University has to comply with federal law. On the other hand, setting aside the reality that law is tricky and we have others to appeal to (for example, FERPA might be used to challenge any federal law insisting we release students’ immigration status), one of the most insightful arguments made in support of sanctuary was that such stances now help to proactively frame the terms of public debate through which any such federal directives might be later made. Acting early was important.

But, the point of this post isn’t actually about Sanctuary resolutions themselves.

It’s to suggest that to the extent to which we see the political times we are living in as raising unique questions about classroom pedagogies, we must recognize these pedagogies as utterly inseparable from faculty activism and institutional organizing.

I teach a broad array of courses, but my training is in Christian Social Ethics. I live, write, and teach deeply rooted in liberationist traditions. I believe in education in the terms about which Paulo Freire wrote. I’m an educator because of a profound commitment to humanity. I believe education’s role is to cultivate in students critical consciousness in which they learn to unmask and then challenge the conditions of existence that suppress freedom and flourishing. I believe pedagogy should be designed to enable all involved to more powerfully push back against any systems (material, ideological, confessional) that numb us into conformity with a radically unjust and too-often death-dealing status quo.

If there was ever a time in which a nation that conceives of itself as a democracy needed education to do its work, that time is now.

For this reason, pedagogy committed to education must happen at the institutional level, and faculty who believe ourselves to be educators must lead the way in such institutional pedagogy.

Let me show you why.

I had two intellectually gifted, hard-working, female students in one of my classes this year. Both happened to be undocumented. These students had been DACAmented (as they called it) by Obama’s executive order in support of Dreamers. They were both beyond traumatized by the election. They came to class regularly in the spring naming the most recent movements of Immigration and Customs Enforcement (ICE) in Des Moines.

As I know it has meant for many colleagues over the last nine months, it ended up meaning many days of altering “planned content.” It looked like a lot of time engaging the most recent newspaper reports alongside our assigned class reading—making this interrogation the center of our education. We engaged in difficult moral, ethical, and political deliberations; emotions ran strong most days.

But it also meant taking activism as a faculty member to a new level. How could I have shown up as an educator in my classroom, a place where the violence of the new administration’s practices put my students well-being at risk in fundamental ways, if I wasn’t involved in pushing Drake as an institution to declare Sanctuary? Without having helped to organize to move this statement through? Without using my institutional power to insist Drake declare solidarity with members of our campus community now living with unspeakable risk?

Two weeks ago Nancy Lynne Westfield wrote on this blog about a ritual she performs yearly to remind herself she has “choice and freedom” in an austere and rigid academy that allows –isms of every type to flow. She described her relationship with the academy in these terms: “Challenged to navigate this strange reality and stymied to negotiate with persons who would see us fail, there is little sanctuary for us unless we create it for ourselves.”

I can scarcely imagine a time in which it was more clear that those of us who are the most insulated (and I realize that’s not all of who are reading this post)—the white, the tenured, the documented, the physically abled, the men—must become activists. We must act to create and extend “sanctuary” in a myriad of ways, and by insisting our institutions do the same.

Accomplishing this requires engaging institutional work faculty often don’t or don’t think we know how to do. But we can learn and we can do. Drake’s “Sanctuary” resolution didn’t happen without strategizing, phone calls, making arguments, putting political capital on the line, without organizing. In the months and years to come, we must come to recognize such action as institutional pedagogy and take it every bit as seriously as we take the classroom pedagogies we need to create to teach the students in our classrooms.