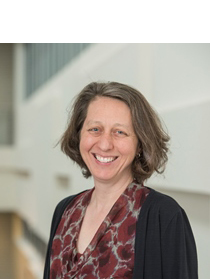 “Spiritual Companioning for Ministry” is a course I recently taught for the first time for a colleague when she took a well-deserved sabbatical. She shared her syllabus and course plan with me and told me that she usually taught it to about 12 students which worked well for the topic. A couple of weeks ahead of the semester, I realized that I was going to have to make some major changes fast; close to 40 students had registered. The class involves a lot of sharing, often around intense topics, in order to become skilled in responding to the issues that surface when companioning others on their spiritual journey. I needed to design a way for so many students to have the ability to engage the texts as well as form a confidential and trusting learning community for the many discussions of this course.

The key was to build effective small groups, which we called learning teams. Because Catholic Theological Union has students from around the world we used part of the first class to divide students into learning teams that allowed for diverse voices in each group. During that first class, we also discussed small group dynamics and the learning teams were invited to develop “ground rules” or covenants they wanted to keep with one another. (Examples of covenant points include confidentiality, cell phone use, planned facilitators etc.) The learning teams soon became the cornerstone of the class. They provided a rich framework for practical experience and integration of course material.

Community within each learning team was fostered in a number of ways:

Throughout the semester, the worksheets on the readings, the noticing prompts, and in class discussions were more involved. Students engaged one another on progressively deeper levels. I spent less time engaging them in a large group but floated around the room checking in on their discussions, answering questions, and making notes for the next class’ lecture based on what I was noticing in the teams. During the semester, several students experienced serious illness or a death of a beloved family member. The learning teams provided an intimate hands-on forum for spiritually companioning one another in a way that the larger classroom could not have handled.

On the last day, I brought in “talking pieces” that represented various discussions from the semester and invited students to “end well.” Learning teams were encouraged to select a talking piece and give each person in their group a challenge, a commendation, and a blessing. The learning teams took their time with this session; some continued well beyond the allotted class time. The sharing was deeply emotional and confirmed that learning teams within a large class provided the framework that modeled and built companionship in a profound way.

Christina Zaker, Director of Field Education, Catholic Theological Union. Chrissy loves engaging the Chicago community as educational partners in field education. The courses she teaches to help her students integrate their field education experiences are a cornerstone to her work and research. She is especially interested in theological reflection as it responds to issues of justice. In addition to Directing Field Education she teaches in the Spirituality and Pastoral Ministry Department at CTU. Her focus area in Spirituality is on the spirituality of families which has been profoundly shaped by her life with her husband, Christopher, and their four teenage and young adult children.