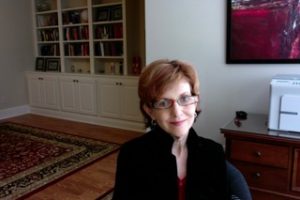 Experimenting with Video Tools in the Online Classroom

Last year, my university offered online instructors two video tools on a trial basis: Flipgrid and VoiceThread. While VoiceThread’s features did not suit the classes on my schedule, I might incorporate it with advanced students in the future. Flipgrid, a Minneapolis-based educational startup (acquired in mid-2018 by Microsoft), uses an intuitive interface to allow students to create and upload videos on “grids” established by an instructor. First adopted in K-12 settings, the social media savvy generation can navigate the process with ease. It intrigued me enough to use it in both summer and fall General Education classes.

As a mechanism for class introductions, Flipgrid is a slam dunk. Although my previous practice of asking students to post a brief introduction with a photo worked just fine, I enjoyed receiving candid video footage of students in their dorm rooms or apartments, as well as with their roommates and pets. The mobility of the app gave the students options and many decided to have fun. Other backdrops included hiking on the Blue Ridge, work sites, or even in the car with friends (no videos were filmed while driving). Moreover, all participants can easily access other classmates’ videos and they got interactive without being instructed to do so.

Another helpful function was as a conduit for questions about the class or the parameters of an assignment. Instead of fielding a number of separate private emails on the same topic, students made video queries and I posted answers for everyone to see.

Using Flipgrid as a discussion board produced more of a mixed bag.

First, the positives. Even though the videos were graded, I wanted lower stakes assignments than writing, and many students embraced that informality. I could therefore hear a student processing the questions I posed and thinking through the assigned materials. Because I also asked them to engage with the video of another student, I caught glimpses of how they negotiate differences. Additionally, the platform allowed me to build a scored rubric suited to the assignment and I could send individual responses (point totals and comments in writing and/or video).

I liked that videos showed the personal. For instance, listening to posts with young children screaming in the background made the challenges of parenting as a student obvious. And Thursday, Friday, or Saturday night contributions, with folks getting ready to head out the door on dates or to parties (or, sometimes, coming back in) taught me a great deal about the social scene as well as fashion in clothing, hair, and jewelry . . . and preferred drinks which were quite visible.

But it did not prove all smooth sailing. Many students carefully curate their online identities and want control over their public personas. Even in Flipgrid’s private and password--protected space, evaluations indicated some students experienced anxiety about their self-presentation in this format. Unexpectedly, one way this concern manifested was through an uptick in plagiarism. While students on traditional threaded discussion boards sometimes cut and paste content without attribution, I never anticipated videos featuring students reading directly from websites as if the words were their own. But they did, and did so in significant numbers. My conversations with offenders about this behavior indicated fear about appearing less than knowledgeable in ways that amplify differently from a typed post.

Workload also became a problem. While I thought video posting would prove less onerous for students, I hoped it might equate to grading traditional boards for me. Again, the results varied. Many students appreciated the chance to make contributions in this new format, but others reported choosing an online course because of a preference for writing out thoughts and were disappointed not to have that option. Still others refused to post a video until they thought it looked and sounded perfect, resulting in lots of takes and time sunk into the production.

As for me, although I limited all videos to a maximum of 3 minutes, that meant listening to 2 posts per student weekly could run three hours straight for a single class of 30 students–extended, of course, by the need for breaks and to compose and enter feedback. It was the latter that truly took up time because grades assigned in Flipgrid did not automatically integrate into the learning management system gradebook. Instead, I recorded separate grades in Excel and then again in Moodle gradebook for the students (in addition to emailing my feedback through Flipgrid). Many days toward the end of the term, I longed for my old threaded discussion boards I could grade in an hour or so.

Still, I do not regret being experimental with a new technological option. Learning how to incorporate a new pedagogical tool effectively always takes time. I will not abandon Flipgrid, but I do plan to modify my future use.

It’s certainly a keeper for introductions and class questions. But instead of using it like a traditional discussion board, I am mulling over incorporating grids at the completion of a unit, or perhaps after a reading or a video, in order to allow students space to pose questions about an idea or a theory where they need additional clarification or to push on something I may not have stressed. I can also see assigning a student to make a short video presentation on a given topic where others will ask questions or pose challenges.

Finally, using this tool helped me as a teacher. I became less uptight about posting only perfected content made when I was dressed in a certain manner and every hair was in place. In fact, I often posted from wherever I happened to be, including on the treadmill at the gym, while at the grocery store, and even from a friend’s hospital room. My students got to see me as a person with a life, too. That kind of interaction can get lost online. So even when this new toy failed to live up to my hopes, or I failed to use the resource to its best advantage, it nudged me to keep stretching as a teacher, to seek more effective ways to communicate. That outcome is never a bad one.

Sandie Gravett is a Professor in the Department of Philosophy & Religion at Appalachian State University. Dr. Gravett has long-term experience in faculty leadership and online education.