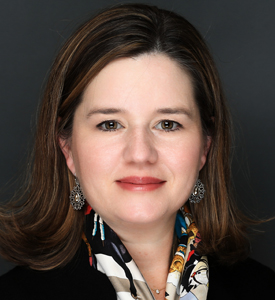 Do you strategize ahead of time the way I do for the airplane/drinks reception/parent meeting question: “So, what do you do?” I teach theology and Church history. Experience has taught me that telling a stranger I teach either subject is a conversation killer. I usually stick with “history professor,” but even that response often triggers the revelation of a deep dislike for history. Frequently, this is a holdover from a high school class that focused on memorizing and repeating facts and dates, i.e., bad pedagogy.

This definitely is not a problem in my classes. For me, good history education focuses on the “why” and “how” of past events, especially the reasons for changes over time. My class doesn’t focus on precisely when Aristotelian thought collided with Christian theology. Instead, we discuss “what was the result?”

Over the last few years, though, I realized that by minimizing timelines and dates, my pedagogy was doing students a disservice. Precious class time was spent on big historical changes and theological developments, but it left out the fine details. For example, the Council of Nicaea is a watershed event in Church history, a touchpoint between the institutional church and secular authorities. Students learn to offer an overview of the way in which the early church lurched from one major council to the next, and what were the significant outcomes. They can even articulate big theological points of contention. However, when prompted to consider “how and why did we get to a point, theologically speaking, at which a Roman emperor felt the need to summon a Church council,” students squirmed. They couldn’t provide a chronology beyond a few notable developments. But the chronology up to, and after, Nicaea really matters for helping us understand how key historical figures handled, and fought over, theological nuances. Who was exiled for his theology, and when, really matters.

Seeking to improve student learning in theology and history, I introduced a digital tool, Visme, that serves as a timeline and infographic. For particular reading assignments, students had to create a graphic based on a topic, such as synods in the Frankish Church or the textual evidence for the filioque. I asked them to think of the graphic as a tool that they themselves could use to teach someone else a new topic. Visme is intuitive and visually attractive, and it has the pedagogical advantage of prompting students to make choices at multiple levels in order to tell an effective story. For example, if there are only ten entries on the infographic template, students have to carefully choose which way markers (e.g., an event or emergence of an idea) serve as concise headers (such as a word, name, or phrase) that can move the story along. When students write brief content to accompany the header, they, again, have to choose what is most relevant for that header—and for the entire story. Failure to create entries that were similar in style detract from the content and timeline overall, forcing the reader/viewer to work harder to understand what was most relevant.

A small pedagogical change, like the introduction of a digital tool, can reap rewards, but it comes with challenges. Colleagues from other disciplines had assured me that integrating digital media into a humanities course would be seamless. After all, they said, our students are digital natives. It turns out, though, that a surprising number could still proclaim: “I’m not really good with technology.” When prompted for feedback, some students said they spent too much time on the look of the infographic and not enough on its content. Overall, though, they found the exercises to be helpful. Knowing that they would be creating a timeline helped them to focus their reading and notes.

Ultimately, theological ideas don’t float in the air and get absorbed. Rather, they are passed, in time, person to person (or even person to text to person). St. Augustine’s understanding of grace, for example, didn’t spread abstractly. It was handed along through tractates and personal conversations and in synods, from one community to another. Theologically important conflicts emerged between people who held specific viewpoints and took discrete actions, all of which unfolded in time. Even the exegesis of a theological text is something that unfolds in sequence. What I learned by spending more time on chronology, and by using a digital tool as part of my pedagogy, is that students’ learning truly improved, especially with regard to their understanding to historical and theological relationships. And, in the end, it prompted them to think about the ways in which their learning could shape their future teaching.

Jennifer Speed, Ph.D., is Research Professor of Religious Studies at the University of Dayton, where she primarily teaches courses on medieval history, theology, and religious culture. Her research, anchored in Spain and Southern France in the High Middle Ages, focuses on medieval historical writing, law, political culture, spiritual autobiography, and troublesome women.