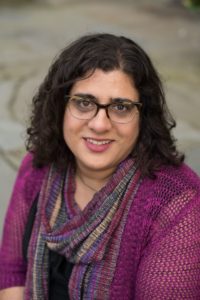 The day before we were told to go online, rumors that we would transition were flying think and fast. It was a Tuesday. I was supposed to head to Vanderbilt that evening to give a talk on Wednesday, but the night before, it had been canceled. Given this, I suspected that we (CU Boulder) would be going online soon. Earlier in the day when I met with my seminar (a class that, despite being label a seminar, had over 30 people), I told them that I thought online was coming. The entire room burst into conversation, much of it unease, some of it amusement, most of it because they knew I was barely managing our minimalist Canvas site.

We had already experienced some small adaptations together. A week or two before, a student who was experiencing back spasms asked if she could lie on the floor during the class. I said yes, and she participated while lying flat on her back. Prior to our last in-person session, a student had emailed me to say that he thought he had Covid-19 and asked if he could attend via FaceTime, on a classmate’s computer. I said yes, and he participated from his screen.

Using that flexibility as our foundation, we spent 30 minutes planning our online transition together. In the end, I am responsible for the decisions that were made, but I am very glad that my students and I worked through the plans together.

We discussed the possibility of meeting over Zoom. While people really liked our classroom community, we had concerns about trying to have a 34-person conversation over the computer. (At this time, I had never used Zoom and did not realize that I could break the class into small groups with the push of a button.) In addition to questions about the feasibility of the Zoom platform, students were anxious about internet access, changing work schedules, and responsibility for younger siblings. So, we decided that we would have discussion boards. I asked them if they thought that it would be fair to have everyone post one initial thought and two comments on existing posts per day. We agreed, as a group, that one comment could be part of an ongoing conversation on your own post, but that the other comment had to be on someone else’s.

We discussed what they wanted and needed in order to make this plan work. Deadlines. They wanted clear deadlines and they wanted me to promise that I would not move things around on them. As the semester would wear on, one by one, they would repeatedly thank me for never moving anything around. We agreed that the initial post needed to be up by the start of class time, and that they had 25 hours to post responses. I talked about what I wanted in the discussion boards: for them to try not to repeat each other, and to make sure that someone commented on almost everyone’s post. When I brought up that second concern, one student nodded. I knew she would monitor our inclusivity.

I was delighted, and feel that I can take very little credit, for what happened on our discussion boards over the following weeks. I posted questions to get them going; one of which was always, “Share a quote that struck you as interesting and tell us why you were intrigued by it.” They answered. They picked quotes they liked, they picked quotes that they did not understand, they picked quotes for which they needed more context. They brought their confusion to each other. Frequently, I would log in to discover that a question posed late at night, and probably aimed at me, had been answered by a student before I woke up. But maybe more impressive than their willingness to share their vulnerability, to share their “I do not knows,” they were willing, firmly and politely, to disagree with each other. They challenged each other repeatedly. They debated interpretations of texts, but they also called each other on more charged issues, like failures to see structural racism. Each time, I was struck by the fact that they did so without pointing fingers or descending into accusation. They remained firmly in intellectual community with each other.

To be clear, some of these things had been happening in the classroom all along, but most were not, or at least included only the most talkative of the class. These discussion boards were very surprising to me, and upon reflection, I think this kind of connection occurred because I let them choose a format. I did not let them chose the format because I knew that it would lead to these conversations—I did it because I have never taught online, did not know what to do, and wanted to get buy-in for my plan. Wonderfully, my students responded by taking ownership of the space. They had been asked what they wanted to do, and with that freedom they went ahead and did it.

Samira K. Mehta is an Assistant Professor of Women and Gender Studies and of Jewish Studies at the University of Colorado Boulder. Her research and teaching focus on the intersections religion, culture, and gender, including the politics of family life and reproduction in the United States. Her first book, Beyond Chrismukkah: The Christian-Jewish Blended Family in America (University of North Carolina Press, 2018) was a National Jewish book award finalist. Mehta’s current project, God Bless the Pill: Sexuality and Contraception in Tri-Faith America examines the role of Jewish, Catholic, and Protestant voices in competing moral logics of contraception, population control, and eugenics from the mid-twentieth century to the present.