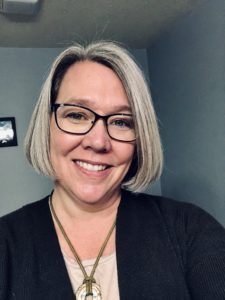 Let’s Start at the Very Beginning: Structural Inequality Actually is a Thing

The first time that I taught a graduate-level class where anti-oppression work was a primary component of the learning, I made a major blunder. I structured the class with materials and exercises assuming that students understood that racism, sexism, and other forms of structural injustice based on identity categories and embodiment actually exist and had material, social, and intrapsychic impacts on the people who were most affected by them. At the time we were working on such concepts as how privilege functions in a variety of identity categories, understanding microaggressions, solidarity and co-conspirators, and other vocabulary and practices that would hopefully help students to work towards justice in their circles of influence in religious leadership. So the educational goals were about recognizing and intervening in situations where inequity and injustice are practiced in institutions, policies, and interpersonal interactions.

We were a few weeks into the term before a brave student articulated what it turned out several other students were also thinking: namely, that racism and sexism had ended, and we were now in a post-racial age. So why were we spending so much time on what only a few bad people engaged in… on individual character flaws related to racism/homophobia/etc.? They personally were not racist (sexist, classist, or ableist). They were good people committed to social justice! But a significant number of the students in my classroom were convinced that meritocracy allowed hard work and good character to overcome any remaining barriers that might exist. Other students were familiar with how structural inequality worked in relation to their own targeted identity categories, but were less familiar with how this worked intersectionally or with other embodied experiences.

Now, my hope is that in the more than a decade that has passed since this particular situation occurred, public protests and the increased access to perspectives beyond the mainstream have increased general awareness of ongoing racism and other forms of structural injustice. Certainly those with eyes to see and ears to hear should have had many examples in the day-to-day news of the last decade, where terms like misogynist and white fragility have begun to appear on major outlets such as National Public Radio, The Daily Show with Trevor Noah, and so on. Unfortunately, cultural polarization, the segregation of listening and reading practices, and the ways that online logarithms build echo chambers of like thinking means that some of our students have not been exposed to these kinds of conversations. Other networks and media outlets work to debunk the ideas of social inequality and define social justice not as a theological commitment but as a solely political term related to left-wing politics. Because of this, I still find that many students, particularly those raised in fairly homogenous white middle-class Christian communities and neighborhoods, have little nuanced awareness of the depth of structural inequality that is built into histories of policy, institutional legacies, economic pathways, educational access, and representation in media and leadership positions, and how these many arenas work together to ensure that this inequality replicates itself across generations.

As a teacher in that moment, I quickly learned that simply asserting that structural inequality is a reality was not effective in challenging the common sense understandings of meritocracy and equality that students had heard all of their lives in their families, schools, churches, and other formative communities. Over the years, the many instructors of this first year class have developed a number of strategies to show, not tell, that structural inequality is very real and to help make connections across experiences where it manifests itself. Unfortunately, there is no quick solution to unlearning these “common sense” understandings, and learning the full interlocking force of inequality through a variety of contributing factors takes practice and careful attention over time for all of us, particularly when our identities do not force us to navigate those structures with attention.

Here are some teaching resources that have been helpful in opening these conversations: