Home > Resources > Blog > Social Justice and Civic Engagement > Teaching Before the White Gaze in the Biblical Studies Classroom as a Black Woman
Selected Items Select an item by clicking its checkbox
Actions for selected results:
Sign-up to receive email alerts when new blogs are posted Read our Blog Series List of  Bloggers 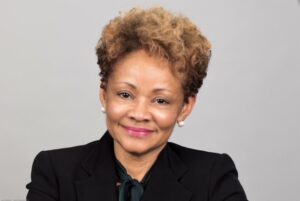 When I occupy the authoritative epistemological space, when I take my place, at the head of a biblical studies course as a black woman, I am conscious of the radicalness of my embodied performance, intellectually and physically. White men are considered by the majority of academics to be the quintessential biblical studies experts, which is not unrelated to racism and sexism and their impact on white and nonwhite scholars and students. My intersectional identity as a black woman New Testament scholar and my decentering work are both disruptive of white men’s positionality and epistemological superiority. Sherene Razack states that “a radical or critical pedagogy is one that resists the reproduction of the status quo by uncovering relations of domination and opening up spaces for voices suppressed in traditional education.”[1]

This blog post is my third critical reflection on the pedagogical collaboration between Dr. Dan Ulrich and me in which I taught a summer course on African American Biblical Interpretation and the Gospel of Luke for Bethany Theological Seminary/Earlham School of Religion and Columbia Theological Seminary students. I was the teaching professor, and Dr. Ulrich was the learning professor. He is a white cisgender man who has taught for over twenty-nine years; I am an African American woman with over fourteen years’ experience teaching biblical studies (for most of my career I was required to teach both testaments, including Hebrew and Greek languages). Our syllabus identified me as the teaching professor. Because of the tendency of students to genuflect to white male authority at the expense of women and black and brown scholars, I chose not to allow Dr. Ulrich to act as an editing teacher editing teaching or to participate in the discussion forums, except the one reserved for introductions. In that forum at least one white student stated that she looked forward to learning from Dr. Ulrich. I sensed there were times when some students wished Dr. Ulrich would rescue them from my authoritative and often overtly culturally-situated epistemologies and gaze. My gaze as a black woman was temporary, but the white gaze is inescapable. The white gaze to which black and brown scholars are subjected is pervasive, invading the classroom and transcending it. The white gaze requires that black and brown peoples constantly fortify themselves against attempts to diminish and discount their epistemological resources and constructions, especially when (or to preclude or mitigate) the decentering whiteness. I sometimes invited Dr. Ulrich to contribute to the discussion, but I never relinquished my authority. To be under the white gaze is to be constantly on guard. I did not attempt to prove the legitimacy of my presence and authority but to stand in it, unapologetically, in each synchronous class session and discussion forum. I did hesitantly, at first, include Dr. Ulrich in the Zoom small group break-out sessions. Each time, I visited every group except the one to which I randomly assigned him. I had to trust that he would respect my authority even when beyond my gaze, and I believe he did. I did not police him in those groups. I do not know if Dr. Ulrich experienced to any degree, even if for a few hours for two weeks, the gaze or surveillance to which black and brown bodies are subjected perennially.

White professors often include our works as required readings, but the extent and the ways in which students are permitted to value or accept them as authoritative or legitimate are policed. For example, black students have complained of white instructors teaching feminist courses that include womanist readings but that also subsume womanism under feminism, as if it is feminism’s intellectual child, or mitigate womanism’s political agenda by alleging that womanism is not as political, if at all, as feminism. During this COVID-19 pandemic, more white scholars are inviting black and brown scholars into their classrooms via Zoom to discuss their works. Hopefully, these opportunities for hearing from the scholars themselves will limit attempts to diminish and/or misrepresent our work, whether intentional or not.

When I occupy the space at the head of a classroom, even when a white male colleague does not occupy the seat of learner, I do so in the minds of many students, across race, ethnicity, and gender, as a proxy or surrogate for white male biblical scholars/ship. Over the years, (last year was no exception), students, primarily white across gender, have made statements like “Dr. [white male] does it this way or said this.” Early in my career, two separate white women students, in two separate courses—one in biblical hermeneutics and one in Hebrew Bible—believed it their duty to notify me that “they did not have to agree with me.” One objected to my use of the NRSV with apocrypha, informing me that it was not a Christian Bible. I don’t remember to what the other woman objected. But in my mind, their objections had more to do with who I am—a black woman—than with what I asserted. I was the first black woman biblical scholar hired at that institution. In most seminaries and theological or divinity scholars, students will never be taught by a black man or woman biblical scholar.

Unsurprisingly, of twenty-one students who responded to one of the collaborative course the course Moodle polls, only one had ever taken a Bible course taught by a black biblical scholar. One student had read a book by a black woman biblical scholar (that same student). All except one student had never read anything more recent than True to Our Native Land (2007). Black biblical scholars have published quite a bit since then. My work in that volume is a lot less progressive than my current work. In fact, as I noted in a previous blog, Dr. Ulrich stated that had he read my more recent work, he might not have asked me to teach this course. I am clear that my work is “radical” in relation to malestream Eurocentric biblical interpretation. It is still radical to encounter a black woman at the center or helm of a biblical studies course; it remains radical to center the bodies, voices, struggles, creativity, oppressions, scholarship, and communities of black women and men. In another Moodle poll, students responded to the question about reading black biblical scholars. For them black biblical scholars, black theologians, and black ethicists are interchangeable; they listed James Cone, Delores Williams, and other nonbiblical scholars, for example, in response to the question about the black biblical scholars they had read prior to this course. This response highlights the uncritical commodification and racialized substitutability of the intellectual contributions of black and brown peoples, that is less often encouraged and does not so readily occur with white biblical scholars. Instead of taking the time to find works produced by black and brown biblical scholars, white scholars and students, especially, will substitute one black or brown body for another in their publications and in biblical studies classrooms. An anti-racism agenda requires that we do differently.

[1] Sherene H. Razack, Looking White People in the Eye. Gender, Race, and Culture in Courtrooms and Classrooms (Toronto: University of Toronto Press, 1999), 44. This process of revelation and disruption is accomplished through “the methodology of storytelling.”

Dr. Smith is interested in close critical readings of sacred texts that attend to justice issues, the perspective and presence of the marginalized and silenced ‘other,’ and the intersection of race, gender, class, sexuality, and religion. She is an expert in womanist and African American biblical interpretation. Smith views her research and teaching as a means of conscientization and social justice activism. Her other foci are ancient and modern slavery and language studies. Smith’s most recent books are Toward Decentering the New Testament: A Reintroduction (Cascade 2018) co-authored with Yung Suk Kim and Womanist Sass and Talk Back: Social (In)Justice, Intersectionality, and Biblical Interpretation (Cascade 2018). She is currently writing a womanist reading of the parables of Jesus (Lexington Books).