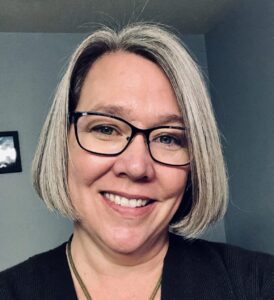 In Search of the Unknown Basement

I recently read Valarie Kaur’s remarkable book, See No Stranger: A Memoir and Manifesto of Revolutionary Love. At one point in her story, she describes her struggle to find herself “inside the law” at Yale Law School as a Sikh woman with communal commitments to justice developed in a post-9/11 world where racist and religious violence had impacted her own community profoundly. She feels so alien to the hallowed halls of an institution created to be impenetrable for women of color that she begins to imagine it as Hogwarts, a strange place where it is her job to learn the law as if it were a set of “magic spells, incantations that when spoken in the correct order had the power to compel individuals and institutions to do things in the world” (172-173).

One day, Kaur and a classmate “found the basement” they previously had not known existed:

It was a different world, frenetic and urgent, coffee cups strewn on tables, students strategizing behind closed doors about their clients—inmates on death row, immigrants in deportation proceedings, detainees at Guatánamo… Here students represent real clients in real cases under the supervision of professors. It was as if two schools existed in one—one removed from the world, one enmeshed in the world; one for learning the spells, one for using them. The minute we walked in, we knew that we had found our home. Lauren joined a human rights clinic and I joined an immigration clinic. We had found our Justice School. (Kaur 2020, 178)

She goes on to detail the work of Yale’s “Worker and Immigrant Rights Advocacy Clinic” and her own formation through working with the East Haven community to reduce civil rights violation by the local police force. She later notes that this work with her student partner Tafari and her faculty mentors “defined her legal education.” The basement was her educational home, full stop.

Since I read this passage, I have been wondering where the unknown basement might exist in my own graduate theological school. Where do students and professors work together in strategic, on-the-ground work for justice? How might we bring about the kind of partnered learning about prophetic leadership that calls both student and professor together to enact visionary work in partnership with local communities? Is there such a space where the most essential formation of capacity for on-the-ground praxis related to justice occurs? How did the faculty who established these clinics come to create such a conducive climate for the formation of their justice-seeking students? Could I be a part of the same in my own school?

And I admit that my imagination falters a bit. I teach primarily middle-aged adult students who are squeezing their academic work into the corners of fully deployed lives. They are parents, employees, already serving churches and working jobs in nonprofit organizations that involve full-time work for part-time pay. They live scattered across forty-four states. We rarely gather in brick-and-mortar classrooms, much less the exciting clinic and community spaces after hours and outside of credit-structures that Kaur describes. To be honest, in a small, freestanding theological school related to a denomination that is in crisis due to its own justice-related fights about sexuality, most of my time and that of my faculty colleagues is being recruited to innovate to attract new learners who will help provide revenue to support the expensive graduate degree programs that we hope to sustain into the future (without an endowment like Yale University’s). While I know that the real story of how that clinic came to be and the work that kept it going is probably full of struggle, scrappiness, and determination on the part of the mentoring faculty, it also feels very far from my Canvas classroom. The dream of that vibrant basement space, where the real education occurs, feels about as magical and distant as the enchanted castle of Harry Potter’s learning that inspired Kaur’s quest.

Then I, too, have to shift my imagination again, and stop longing for the resources and available time that undergird the situation described by Kaur that are not a part of my own context. I begin to notice that my students are often already in positions with influence and power in their own communities. The very realities that make it harder for them to carve out time for the traditional academic work in a classroom keep them deeply connected to the contexts of their home settings. They have not left to immerse themselves in some constructed community away from their homeplaces. They have continued to invest in work and home spaces where their influence is established, and they maintain relational connections even while they are giving their all to take on the challenges of graduate theological work. What they, and I, need is permission and vision to work for justice within what Dr. Gregory C. Ellison, II, calls the “three feet” that surround them. When I make this shift in my own imagination, I see much more possibility for how to support their justice-seeking vocations in context. I can imagine how they can draw upon the resources in their communities to do the work that is there, just as I make the connections and attempt the work I am called to do in my own three foot radius. And that work matters.

While I might long for the collaboration and shared struggle of the magical basement clinic, and yearn for the kind of influence and resources that would allow us to be together to engage in world-changing work, I am reminded that important justice work can happen in each of the institutions and relationships and churches that my students are involved with. Learning to shape my imagination for this reality, a learning community of overburdened adults dispersed across a wide geography, helps me to show up to that challenge and continue to support their vocational development in justice-seeking rather than grieve the lack of the gathered clinic in my own setting.