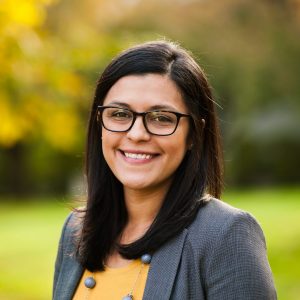 Democratic Formation in the Classroom

As religious and theological educators, one way to encourage democratic formation among our students is to teach about democracy, especially about the historical relationship between religious institutions and democracy. Another way is to provide opportunities for students to practice democracy. In other words, we might consider how our classrooms and assignments can provide opportunities for students to engage in democratic practices. Both seem important to democratic formation among students.

In the United States, one way to describe a civic association, religious institutions having historically been the largest share, is a school of democracy. While this Tocquevillian view has its critics, social scientists claim that participating in civic associations can cultivate a set of civic beliefs, dispositions, and practices that will contribute to a robust civic life. For example, participation in civic associations can generate citizens’ ability to care for one another, care about public issues, and learn how to deliberate about these public issues. They are also thought to generate what Robert Putnam calls “social capital,” which is created when citizens learn the norms of reciprocity, build networks, and build trust. Social capital is needed for citizens to come together to work on common projects, build broader cross-group networks, and join together to hold elected officials accountable.

What makes something—an institution, organization, workplace, classroom, or community—democratic? I recently discussed this question with a student as she prepared to facilitate the week’s discussion of Jeffrey Stout’s Blessed are the Organized. As we discussed the text, she compared two organizations she has worked for. Transparency and shared decision-making were features that she felt made her current organization more democratic than the other. Practices of shared authority, shared responsibility, transparency, and accountability are all part of what organizing people democratically looks like. Providing students with examples and theory helps them evaluate the organizations and institutions that they are currently a part of or help lead. It can also cultivate their moral imaginations as they envision reforms or their broader vocation.

Further, teaching students about the civic and democratic practices of religious institutions is fundamental to cultivating a moral imagination. Churches played a significant role in the grassroots organizing of the Civil Rights Movement, for example. Our students should not only study the moral reasoning that motivated this civic work but also the organizing practices and the principles that structured these movements. This includes analyzing instances of undemocratic authority and accountability within movements, such as the gendered disparities within certain spheres of the Movement.

Contemporary examples are crucial too. C. Melissa Snarr’s All You That Labor is an ethnographic study of the role that religious organizations played within the Living Wage Movement. In addition to being a more contemporary example of broad-based organizing, this study illustrates how religious institutions can help frame the moral language of a public issue. This, too, seems important for helping students develop a moral imagination and prophetic voice.

Teaching about democracy, however, is not the only way we can imagine our role as theological and religious studies educators. Rather, our classrooms can also be places where students are able to practice democracy. In my ethnographic study of a public high school in Brooklyn I found several examples and a robust culture of shared authority and shared responsibility among teachers and students. I borrow this way of framing democratic education from Amy Gutman, but it is also deeply related to broader traditions of liberative or critical pedagogies.

In my spring course, I incorporated a practice of shared authority and responsibility. Students were divided into small groups of five to six and each was responsible for facilitating the discussion for one week. I met with each student prior to their day of facilitation, and during class I observed. This structure, I believe, is one way to share not only authority with students but also to share responsibility. Students are authorized to share in the responsibility of how the learning unfolds not only with the professor but also with their colleagues.

To make these aims more explicit, I asked students to complete a short feedback form after each discussion. One of the questions was: How much more do you feel you understand the content after the discussion? Students could rate on a scale of 1-5 with 1 being “about the same as before” and 5 being “much more than before.” Another question was: How collaborative was the knowledge production and discussion? Students could rate on a scale from 1-5 with 1 being “little to no collaboration” and 5 being “very collaborative.” My goal was to make the aims of the discussion clear: collaborative knowledge production. In this way, I hoped to cultivate a shared responsibility among the group members for understanding, critiquing, and applying the week’s content.

While some students incorporated this language and framing into their written feedback, I could have done more to incorporate this as a practice central to the aims of the course. As I reflect on how to revise this practice, I am eager to incorporate other ways to practice shared authority and responsibility within the classroom.

Dr. Stephanie Mota Thurston is a Postdoctoral Fellow at Wake Forest University with the Program for Leadership & Character and the Divinity School. She completed her Ph.D. in the Religion and Society program at Princeton Seminary. Her current book project, Making Citizens in a Credential Society: Identities, Values, and Practices at Brooklyn High, is an ethnographic study of civic and moral formation at a Title I public high school. Dr. Thurston’s research and teaching interests include religion and politics, philosophical and theological social ethics, political theory and political theology. Thurston has taught and written on complicity and moral responsibility and is especially interested in moral and political questions concerning school segregation, policing and prisons, and migration.