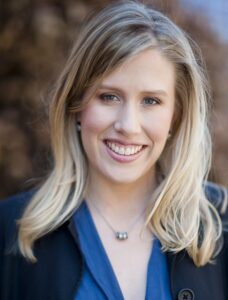 In a seminary setting with a daily rule of prayer, students and professors can easily fall into a trap of distinguishing between teaching students how to advocate for justice in the “real world” and the “in-church” liturgy of prayer and worship of seminary life. At times, the liturgical rhythms might even appear to be an intellectual or temporal straitjacket: hindering the work of classroom learning or service to the community and work for justice. However, in my own experience teaching in both Roman Catholic and Episcopal/Anglican seminaries, where the traditional Christian liturgy of the hours determines the structures and rhythms of the students’ lives and learning, I have found that teaching social justice in synergy rather than opposition to the liturgical tide has provided opportunity for teaching social justice rather than a hinderance. In fact, this immersion in the liturgy can transform teaching social justice into an act of recollection and connection building, rather than creating an oppositional dynamic.

This “calling to mind” in beginning to teach social justice which immersion in liturgy permits has two crucial components. First, the daily liturgy of the Roman Catholic and Anglican tradition provides substantial content for beginning to discuss and understand the need for social justice and its objects. While there are calls to pursue justice throughout the scripture, the liturgy of the hours or of Morning and Evening Prayer, creates a special focus on the book of Psalms. In these liturgies, students will generally read in unison throughout the entire book every month, and then turn around and do it again. This means that students begin and end almost every day with the cries to instantiate God’s justice which fill the Psalms in their mouths and in their minds. Beginning a pedagogical engagement with social justice in the Christian tradition therefore begins with an acknowledgement of the Word which is already in their mouth, and then broadens to seeking to understand that word in the context of the present day.

This grounding of the classroom discussion of social justice in the liturgy is, of course, far from novel, but stretches back through the Christian tradition. Explaining this tradition and explicitly linking it to their own immersion liturgy then prepares students for the task of analogical translation into their own world, of the ways in which Christians, from John Chrysostom through abolitionists to the Oxford Movement to Oscar Romero, have seen the liturgy as the point of departure out into the world to seek justice and serve the poor.

Just as important as starting a discussion on what God’s justice might demand of them is helping them understand how their formation in the liturgy has better prepared them to work for social justice in the world. By its very nature, formation in liturgical worship demolishes the temptation to autonomy and the urge to seek the spotlight, and rather trains students to be communal, listen to others, and be patient with the small steps and slowly developing processes.

For example, when students are taught how to chant the Psalms in choir, they learn that the goal is never to declaim, to take up the most space, to push their own voices forward. Rather, they are taught to listen to the tones and pitches of others, to join in the one communal sound, and to use their breath to sustain rather than project. In another example, students come to realize that the liturgy is only made possible by the invisible labor of the sacristans, who ensure that everything needed for the Eucharist celebration is clean, prepared, and its place, but who are never at the front or receive praise or applause.

This approach is the exact opposite of what Martin Luther King, Jr. referred to in a famous homily a few months before his death as the “drum major instinct”: the urge to assume that you are better than other people because you are out in front and people notice you first (https://kinginstitute.stanford.edu/king-papers/documents/drum-major-instinct-sermon-delivered-ebenezer-baptist-church). Rather than surrendering to this instinct, King urged his listeners to walk in the steps of Jesus Christ, who disdained the drum major position in order to be faithful in the unacknowledged work of bringing about God’s justice in the world: feeding the hungry, clothing the naked, and visiting those in prison, rather than focusing on their own success or prominence in the eyes of those around them.

Oriented properly, students formed in the liturgy have already developed the virtues and praxis which make this type of service which Dr. King describes possible. They are ready to pursue the slow work of justice, neither demanding the spotlight nor seeking to drown out fellow laborers with their own voices or opinions. Rather, they are already equipped for service, and the task of the teacher simply becomes how best to show them the way.

Elisabeth Rain Kincaid, PhD is the Assistant Professor of Ethics and Moral Theology at Nashotah House Theological Seminary. Her research interests include Thomistic virtue ethics,natural law, Catholic Social Teaching, questions of work and vocation, and the Spanish Scholastics. In her teaching, she is especially excited about connecting moral theology to on-the-ground challenges in parishes, politics, and professional settings.