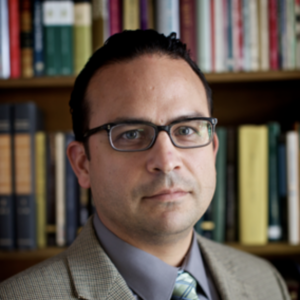 An Activist Hermeneutic of the Borderlands: Part 1

For Gloria Anzaldúa, the borderlands are rooted in US-Mexico geopolitics in which the border wall is both a socializing project and an everyday policing structure. Although Anzaldua’s activist hermeneutic of the borderlands has a state of transcendence in view, it remains politically grounded given that her experience with borderlands is inextricably tied to a US-inflicted social wound on the people and the landscape. Here, political activism functions as a spiritual exercise, which, for Anzaldúa, was achieved through the power of the pen. In essence, her recourse to writing as a political act stemmed from her understanding of the power that archives have in defining identities and shaping social realities. In this sense, the border wall functions as an archive of US imperialism, racism, and anti-immigrant sentiments. Through her writings, therefore, she aims to trespass on this archive, or more specifically cross the border wall by offering a counter-reading of the history, culture, and beauty of ethnic Mexicans. The notion of border wall as both politics and an archive speaks to how borders and walls in general are the result of a cultural value system and shared social beliefs about the Other.

The southern border walls separating the US from Mexico are a reality based on the widespread belief that ethnic Mexicans are entirely inferior and hence more prone to criminality. The genealogy of such myths can be traced to the mid-nineteenth century and the expansionist ideology of Anglo-American Manifest Destiny. This ideology relied heavily on a theology of providence, which, in turn, made the Anglo Protestant Church its most ideal ambassador. Thus, any trespassing on the archives that legitimate the current southern border wall must be attentive to the North American Church and its scientific and literal uses of scripture. For those churches acting more as agents of the state, crossing the border wall is considered not just a crime against the state but even more a sin against God. This conflation of state agenda and divine will is also operative in chaplaincy services provided in US immigration detention facilities, to the extent that convicted border crossers are led to accept detention and deportation as part of their Christian duty. In the US-Mexico borderlands, border-crossing points to a transgressive act; yet for an activist hermeneutic of the borderlands, this act of transgression can be harnessed in a methodological way, especially as it pertains to the interpretation of scripture and its interpreters. Just as Anzaldúas’ notion of borderlands helps us to reframe the hermeneutical enterprise as an awareness of and interchange with otherness, taking up border-crossing as a decolonizing reading strategy cannot avoid the US-Mexico border writings of Américo Paredes.

Because Paredes’s border-crossing strategy operates primarily as a response to US expansion over Mexico’s northern territory, it is attuned to not only “border wall as archive” but also to “border wall as a colonizing discourse.” When applied to an activist hermeneutic of the borderlands, border-crossing as a strategy for reading scripture implies a transdisciplinary engagement with the biblical text and its interpreters. Although crossing and converging multiple-theoretical discourses is essential, the lives of everyday people in the borderlands attunes our social justice gaze toward the material and spiritual suffering of people rather than ideas alone. As Paredes reveals in his discursive border-crossings, the lived experiences of border people often fall out of view in the professional theoretical literature and hence in the classroom. The cultural values and rules of self-making that govern disciplinary boundaries tend to dismiss the cultural productions of the colonized Other, arguing that they lack critical-thinking skills, leadership instincts, and refined aesthetics. Crossing over the borders that regulate the dominant hermeneutical enterprise with the cultural archive of those wounded by US border walls is not only a transgressive move but more importantly a liberating strategy for minoritized communities of faith. Their lived experiences with empire, violence, and forced migration serve as a vital commentary to biblical texts that bear witness to some of the same wounds. Here the lived commentary of border people and the human traces in the biblical text interact in kinship ways, from common themes to the postcolonial traumatic condition. By transgressing the boundaries of the dominant hermeneutical enterprise in this way, readers expose the synthetic nature of various Western scientific methods and their inability to deliver on their positivistic promises. Also, the lived commentary of border people emerges with increased value within the professional literature, which, in turn, may lead to their revaluation in the social justice realm.

Dr. Gregory L. Cuéllar is Associate Professor of Old Testament/Hebrew Bible at Austin Presbyterian Theological Seminary. As an international biblical scholar, Dr. Cuéllar is interested in counterintuitive ways of reading biblical texts, in particular those that are rooted in a decolonizing discourse of liberation. His research explores topics related to the U.S. Mexico-Borderlands, immigration detention (UK and US), anti-black and brown racism, and the intersections of religion and migration. His current book project is titled, Religion in Immigrant Detention: Securing Faiths in a State of Removal (Palgrave, forthcoming). For this book project, he was awarded the Louisville Institute Project Grant for Researches (2019).
He has published his research in a wide range of journals. He is also author of Voices of Marginality: Exile and Return in Second Isaiah 40-55 and the Mexican Immigrant Experience (Peter Lang, 2008). His two most recent books are, Resacralizing the Other at the US-Mexico Border: A borderland Hermeneutic (Routledge 2020) and, Empire, the British Museum, and the Making of the Biblical Scholar in the Nineteenth Century: Archival Criticism (Palgrave, 2019).
He has been a visiting scholar at the Centre on Migration, Policy, and Society (COMPAS) and the Centre for Criminology, Faculty of Law at the University of Oxford.
In terms of advocacy work, he is the co-founder of a refugee artwork project called, Arte de Lágrimas (Art of Tears): Refugee Artwork Project. This project is a traveling art exhibit and archive that aims to create greater public awareness of the lived migratory journeys of asylum-seeking children, youth, and adults.