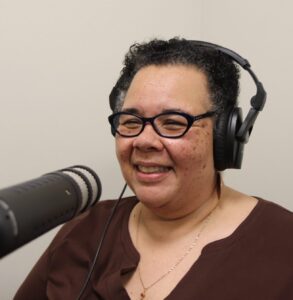 Nancy Lynne Westfield, Ph.D., The Wabash Center for Teaching and Learning in Theology and Religion
Blog Series: Teaching On The Pulse
February 28, 2022

Just the thought of failure, either in anticipation or in loathsome memory, causes many to recoil, wrench in pain, or feel ashamed. The big red-inked “F” on the exam, either literal or metaphorical, sends chills down spines and contracts sphincters. Fiasco, disaster, confirmed lack, or found-out mediocrity, humiliates and destroys.

Failure is unavoidable. As they say, “we learn more from our failures than from our successes.” Rather than stigmatizing those who fail, it behooves us to embrace those who are brave enough to make attempts and normalize the help needed to strengthen efforts. Still, normalized help is not easy to come by.

For many students, for many reasons, one of the first things they do in undergraduate or graduate school is fail. A student who exceled in high school courses will not necessarily ace the first exams in college. Comparable to students, teacher failures are as varied as teachers. Early career fiascos, mid-career blunders, late career mistakes and poor judgements – confirm that we are persons who are fallible. Humanness is messy.

Our teaching failures remind us that an expert in any field does not necessarily make for a good teacher of that field. Learning to teach the methods, approaches, practices and literature of any discipline requires as much attention as learning the content of that field. Any seasoned teacher will tell you that there were (many) failures along the way to becoming a competent teacher.

The ways schools respond to failure is a key element in the formation or deformation offered in our educational enterprise. Students and faculty are more formed by the ways they are accepted or rejected during failure as they are by any course in the curriculum. A climate of help, support, applauding of persistence, and reward for courage, tells students if they are worthy of the degree they are attempting to earn. It tells teachers that the community where they teach has their backs.

Higher education colleagues report that they survived an educational process which told them that failures were to be rare/never and were intolerable. Out of self-protection, many of us learned to pretend we do not fail. Or we have been taught to hide the failure. We masquerade or just never quite own up to any failure. School ecologies which are intolerant of failure are climates which are deforming of spirit and shallowing of imagination. Without healthy spirit and deep imagination education becomes rote, wooden and hollow. Our students, then, are ill-equipped to leave our classrooms.

Calvin Coolidge said, “Nothing in this world can take the place of persistence. Talent will not; nothing is more common than unsuccessful (wo)men with talent. Genius will not; unrewarded genius is almost a proverb. Education will not; the world is full of educated derelicts. Persistence and determination alone are omnipotent. The slogan Press On! has solved and always will solve the problems of the human race.”

In classrooms, it behooves us not to lower standards, inflate grades, or dumb down curriculum so there is little to no failure, but instead create ecologies of learning where moving past failure is integral to learning, encounter, discovery, boundary expansion and new experiences. Asking for help is not cheating; it is not a show of weakness; it is not a declaration of permanent inadequacy or insufficiency. Failure does not foster mediocracy or create indelible flaws. Asking for help is difficult. Asking for help has to be re-learned.

I first met Ariel as a student enrolled in my introductory class. His habit was to sit quietly, listen attentively and participate actively in small group activities. I noticed that he was smart when I read his first submitted essay. His writing was strong, his grasp of the course material was solid and his conjectures concerning implications and applications was superb. By mid-term of the semester, Ariel’s engagement in the class showed that he was, consistently, a capable and talented student.

During a break in a class session Ariel came up to me to talk. He said he had a proposal. I was intrigued and listened attentively. His proposal was that since he had done so well on the first three writing assignments, that I would allow him to forego the remaining three assignments. I told him to let me think about it. At the end of class I pulled him aside to talk. I told him that in order for me to forego the three pending writing assignments, he would have to agree to help students in the course who were struggling. I told him he would not have to do the remaining assignments in the syllabus, but instead he would use his time to lead a study group to help failing students. He said he would think about it. During the following week he emailed me and said he would take my offer. I emailed back and told him to meet me in my office an hour before our next class.

Before the next class and my meeting with Ariel, I emailed three other students who were also doing quite well in the course and offered them the same deal. If they were willing to keep up with the reading of the course, in lieu of writing the remaining three essays, the four of them would help other students who were struggling with the materials.

After the last class session Ariel came to my office. He thanked me for the class then said, jokingly, that the deal I struck was unfair. I smiled at him and waited to hear his rationale. He said that the task of creating the study group, and helping other students, was much more work than had he simply written the remaining essays. I smiled wryly and reminded him that it had been his choice. I asked him if he had learned from helping. He said yes. I told him that there were students who he helped who would not have taken help from anyone else. And I thanked him for his good help. Ariel told me I owed him lunch. Gladly, I obliged.

“Success is stumbling from failure to failure with no loss of enthusiasm.”
― Winston S. Churchill

So, we ask these reflection and invitational questions. To whom do you turn for help with your teaching failures? What systems of help do you build into your courses for your students? In your school, is there an ecology that normalizes failure and regularizes help, support and resilience and if not, what would it take to create one? Who are your collaborators and conversation partners when you fail and when you need help? What failures in teaching are weighing you down and need to be forgiven and healed?