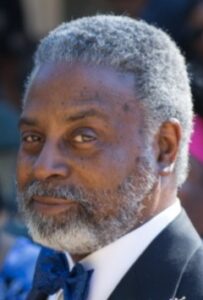 Do not be conformed to this world, but be transformed by the renewing of your minds…

Students are stressed today, and Omicron is not the only culprit. Twenty-four-hour access to social media and our preoccupation with it has proven to be both a blessing and a curse. With every posting that stirs divisive issues like Critical Race Theory, attacks on voting rights, or the “anti-vax” movement, what may have begun for students as an average day can quickly lapse into chaos.

“This is really nothing new,” faculty might whisper to themselves. Educators have always been challenged by the effects of life’s storms that impact adult learners. What is concerning now is that tempests seem to be rising at an alarming pace. During the past two years we have witnessed: (1) The COVID-19 pandemic taking the lives of almost one million Americans; (2) The cruel public murder of George Floyd by a law enforcement officer; (3) The violent insurrection at the US Capitol on January 6, 2021; and (4) The brazen slaughter of 25-year-old Ahmaud Arbery and subsequent criminal conviction of his unrepentant assailants. You undoubtedly have your own list that may include one or more of these tumultuous events.

Consider George Floyd’s death. Students throughout the world were outraged by the inhumane treatment inflicted upon Floyd. Organic protests spread from Berkeley to Budapest. On the other hand, a vocal segment of Americans believed that Floyd caused his own demise because he unlawfully purchased cigarettes with a counterfeit 20 dollar bill. In a June 8, 2020, article in Inside Higher Ed, Lindsay McKenzie noted that many university presidents called for social change following Floyd’s killing but very few offered concrete ideas for implementation. That fact was not lost on discerning college students.

So, what did you share with students and what did they share with you in the wake of these critical events? Perhaps the prospect of discussing the “COVID/Floyd/Insurrection/Arbery” incidents with students raised problematic classroom management issues for you. Did any of these events create anxiety for you personally? Were you transparent with students? Was it your first impulse to offer solutions or solace? Did you squarely address the tough questions raised or did you conspicuously sidestep the deeper issues?

I regret that I was not actively teaching courses during this period. However, I personally experienced moments of reckoning in the classroom following the murder of Trayvon Martin and the mass shooting deaths of 20 precious children at Sandy Hook Elementary School. I also witnessed the rise of disparaging racist speech leveled against Barack Obama and his wife Michelle following Mr. Obama’s first election as US President; I recall adult students arriving in class expressing despair or anger while others sat in relative silence.

Those incidents led me to reexamine my responsibility as an educator in the aftermath of a social crisis. A number of my colleagues found themselves distressed by the feverish hostility expressed by competing political factions. Some faculty were reluctant to share with students because the subjects of controversy were outside the scope of their field of scholarship. Others found it safer to tread lightly on the periphery and not address contentious student concerns. But this message is not intended as a critique; now is a time for grace.

In an era when student feelings of isolation often predominate, adult learners need a sense of community with their peers and with educators. We are listening to students, but do we hear them? If we can encourage students to boldly go into the world and speak truth to power, then we must also be willing to bear witness to each student’s truth—even when it is raw or unscripted.

Effective teaching is essential, but it is not without limitations. When instructors teach, we facilitate student acquisition of information and the development of discrete skills. But when we endeavor to educate, we answer a higher calling; a calling rooted in a belief that each learner has the potential to experience growth and gain insight in ways that can ultimately transform the whole person. When we educate, we are not tentative—we are intentional.

During times of crisis, we cannot permit ourselves to be constrained by the four corners of cherished syllabi. It is imperative that I operate “in the moment” and not become a hostage to the moment. We must seek first to educate; we can always teach tomorrow.

William Scott Harralson is an educator, legal analyst, writer, and dispute resolution practitioner. He is a former adjunct professor with the Pacific School of Religion at Berkeley. There he presented coursework and talks on legal issues arising in vocational ministry and Communities of Faith. He was an associate faculty with University of Phoenix (8 years) teaching classroom courses, among them Ethics & Social Responsibility. He also served as adjunct faculty (4 years) at a two-year college where he taught substantive and clinical legal courses for paralegal students. An experienced mediator, Harralson has provided pro bono mediation services with California state courts, mediation nonprofits, and the U.S. Equal Employment Opportunity Commission. His background includes an extensive tenure of providing legal assistance for private civil litigation firms. Harralson has written book reviews for Wabash Center for Teaching and Learning in Theology and Religion and authored a number of essays for Mediate.com, an e-journal published chiefly for conflict resolution professionals. He earned his law degree (J.D.) from John F. Kennedy University-School of Law. Later that same year he was ordained a Deacon within the American Baptist Churches USA.