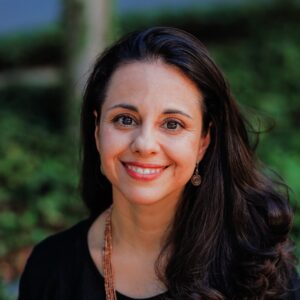 It’s no fun lecturing to blank stares. As a church historian in an undergraduate institution, I teach quite a few general education classes to students who come to me ready to “do their time.” Thankfully, I stumbled upon a unique learning aid that has helped me bring to life some previously disengaged students

The Reacting to the Past (RTTP) historical role-playing games have been all the rage these last few years in higher-education and have helped radically increase student engagement in my own courses. There are a variety of games available, many of which are well-suited for religious studies and Christian higher education. While studies show increased overall student engagement, it’s the games’ effect on student leadership that caught my interest this semester.[1]

With student permission granted to share this story, I’d like to talk about how playing the RTTP game helped “Sam” transition from passive to active learning through his leadership role in Rousseau, Burke, and Revolution in France, 1791.[2]

Let me start by saying that I was not expecting Sam to become our RTTP star player. While he made a few insightful comments during the class, he struggled with turning in work and general participation. I had quite a few blank stares from Sam from the back of the class.

This semester I had my TA choose who would play what role in our RTTP game. Each student completed an online questionnaire that helped gauge their interest, experience, skills, and limitations. They had the opportunity to state if they would be open to a leadership role or had experience in a range of areas such as student debate, event planning, or gaming. This TA had no knowledge of the students in the class other than what she found on these sheets, which allowed her to make an unbiased choice of who would receive what role.

The crowd leader in our game was the historical character “Danton,” a key role that needed a strong leader. Based solely on his self-assessment, my TA assigned Sam this part. It was a risk for me to let it stand—the game really needed this character to shine—but I trusted Sam’s self-assessment and I am so glad that I did!

It turns out that the blank stare from the back of the class was masking a passionate leader. My previous lectures elicited a few comments from him, but nothing substantial. Now, all of a sudden, I had an excited student—when he received his role, he literally bounced out of the classroom. Moving forward, he came to class prepared, rallied his faction, made strategic plans, and worked outside of the classroom to meet his faction goals. His speeches were passionate, logical, and contained the necessary primary source material. He brought his “A-game” and helped lift the rest of the class with him. At the end of the game, his classmates voted for him as the strongest player.

There’s a lot that could be said about how this highlighted Sam’s natural leadership abilities and buoyed his self-esteem, but teacher-to-teacher, I want to share this: Sam was able to lead and shine because my own potential bias was removed. He said he was a leader, my TA believed him, and that was that. There was no checking of attendance or grades, no memory of how often he had engaged in classroom conversation. The whole class benefited when I trusted the student’s self-assessment.

The heart of RTTP pedagogy is pulling the professor into the background and letting students take the lead. However, we still steer things from behind the scenes, perhaps most importantly in role selection. Some professors just pull names out of a hat, while others hand pick roles. For myself, it was through the adaptation of another professor’s student pre-game questionnaire that I was able to land somewhere between these two options.

Previously, I had used the questionnaire and selected roles based on student responses and my own knowledge of them. This made for some active games; however, with my TA assigning roles based only on student self-assessment, it created our best game yet. Sam’s success has taught me to release my own hand even more from this aspect of the game and is pushing me to reevaluate all of my courses beyond the game. What can I do to offer students an opportunity for self-assessment of their own leadership abilities and then honor it in the classroom? By finding ways to further reduce my own potential bias, I hope to cultivate a greater diversity of student leaders in the classroom.

[1] Julie C. Tatlock and Paula Reiter, “Conflict and Engagement in ‘Reacting to the Past’ Pedagogy,” Peace Review 30, no. 1 (2018) and Matthew C. Weidenfeld and Kenneth E. Fernandez, “Does Reacting to the Past Increase Student Engagement? An Empirical Evaluation of the Use of Historical Simulations in Teaching Political Theory,” Journal of Political Science Education 13, no. 1 (2017): 46–61.

Melisa Ortiz Berry is the Assistant Professor of History and World Christianity at Bushnell University. She specializes in the study of women in the history of Christianity, particularly within modern evangelicalism. As an oral historian, she places a particular emphasis on recovering the voices of marginalized peoples, both past and present. She enjoys exploring the outdoors in Eugene, Oregon, with her husband and two daughters.