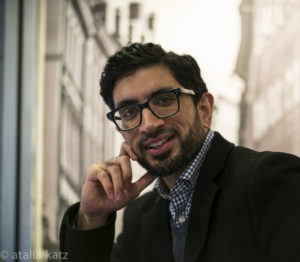 Choosing a Quran Translation for the College Classroom

But how to choose a translation from a fast-growing list that now exceeds one hundred? One should not assume that all translations of the Quran are more or less the same. They differ in matters small and big. To offer one example: the pejorative Quranic term, kāfir, has been translated as “disbeliever,” “infidel,” “rejecter,” “atheist” and “ungrateful.” Each translation represents a different interpretation of the term, kāfir. “Disbeliever” and “infidel” are very general in scope, potentially applying to pagans, Jews and Christians, while “atheist” restricts the label of kāfir to a smaller circle of only those who deny the existence of God. “Ungrateful,” by contrast, lacks strong theological implications altogether. Each translated term represents Quranic views of non-Muslims very differently.   Thus, depending on the translation of the Quran, one’s understanding of how the Quran views non-Muslims will vary as well.

Translations of the Quran differ in other ways. They differ stylistically; some strive for a literal translation, others deliver poetic flare. The inclusion of supplementary material also varies. Some provide introductory essays, explanatory commentary, maps, and detailed indexes while others provide some or none of these things, preferring to let the Quran speak for itself. A translation’s availability, cost, quality of print and physical size differ as well. When selecting a Quran translation, all these considerations matter.

Faced with this sprawling list of considerations, the task of choosing a Quran translation is daunting. By considering audience and learning outcomes, however, one can begin to shorten the list of possibilities.

I teach undergraduates at Lafayette College - a secular private liberal arts college in Eastern Pennsylvania. In my course on the Quran, most students are not specialists in Religious Studies or Islam and need no prerequisite to enroll. My students are also religiously diverse. While most are non-Muslim, a few Muslims usually enroll too. The religious make-up of a class matters since some published translations target a Muslim audience, seeking to uphold certain normative claims. My choice of translation is appropriate for a group of religiously diverse students in an academic setting that advances the spirit of critical inquiry.

Before going further, I want to first recommend an indispensable resource for teaching the Quran that scholars of Islam have been using for nearly 20 years. Michael Sells’ Approaching the Qurʾān, now in its second edition, remains an indispensable primer on the Quran. I use it in both my introductory survey course on Islam and my dedicated course on the Quran. It provides selected translations of the Quran, focusing on the first revelations to Muhammad, which are also the shorter chapters. In addition to an introductory essay, Sells provides informed commentary on his translations. In a few instances, he offers multiple translations of a single chapter, which allow novices to enter the mind of a translator and appreciate the interpretive range of the Quran. In my dedicated course on the Quran, we read through Sells’ text before delving into the complete translation.

When I first began teaching a dedicated course on the Quran in 2014, I considered several reputable translations: Yusuf Ali (1934); Marmaduke Pickthall (1910); A. J. Arberry (1955); Muhammad Asad (1980); Ahmed Ali (1984); Aisha Bewley (1999); Thomas Cleary (2004); Muhammad Abdel-Haleem (2006), Laleh Bakhtiar (2007); Ahmad Zaki-Hammad (2008); A. J. Droge (2013). I found the translations of Y. Ali, Pickthall, and Arberry poetic but anachronistic; Asad and Bakhtiar intelligent but verbose; A. Ali, Bewley and Abdel-Haleem readable but uninspiring; Zaki-Hammad lyrical but prolix and costly; and Cleary poetic and lucid, but sadly unavailable in print. Although not without its flaws, I chose The Qurʾān: A New Annotated Translation by A.J. Droge.

In my course on the Quran, I emphasize Quranic intertextuality; students read sections of the Quran alongside relevant sections of the Bible. I think this comparative approach makes the Quran less strange to a religiously diverse classroom of students who are more familiar with Judaism and Christianity. Droge’s footnotes draw parallels between verses in the Quran and the Bible better than other existing translations. His translation is literal, readable, and accessible. A critical introduction, maps, and extensive index are useful for students too.

Another strength of Droge’s translation is his use of gender neutral language. For example, most interpreters of the Quran translate the title of Chapter 76, Insān, as “Man.” Droge’s translation bucks the patriarchical trend, and translates Insān as “The Human” because the chapter is not just about men; it is about women too. Gender neutral translations appeal to diverse audiences of both men and women, and help counter toxic stereotypes that Islam is unjust to women. Unfortunately, gender inclusive translations of the Quran are still uncommon. Besides Droge, only Cleary and Bakhtiar consistently use gender neutral language in the translations considered above.

At the same time, while true to the letter, Droge’s translation falls short of capturing the lyrical style and rhetorical power of the Quran. He sacrifices too much of the Arabic Quran’s lyrical style for literal fidelity. Experiencing the Quran’s poeticity helps students appreciate the emotional, embodied and aesthetic basis for the Quran’s distinctive place in the Muslim social and religious imagination. Due to these concerns, I decided to consider alternative translations for future courses after using Droge for three years.

As a potential alternative, I considered The Study Quran (2015), recently published by Harperone and translated by a team of editors led by Seyyed Hossein Nasr. Nasr begins the General Introduction with the basmala, or “In the Name of God, the Compassionate, the Merciful,” which is commonly recited by Muslims before undertaking any endeavor and prefaces almost every chapter of the Quran. By announcing this proclamation of divine reverence, the translation refuses to limit the Quran “to a work of merely historical, social, or linguistic interest divorced from its sacred and revealed character” (Nasr xxiv). Nasr explains that he deliberately selected Muslim editors who accepted the Quran “as the Word of God” and were eager to produce a translation that “was grounded in Islamic tradition” (xl).

Droge’s approach is almost the converse. “Reverence may be a religious virtue,” opines Droge in his introduction, “but it should not be a scholarly one” (Droge xiii). He accuses contemporary academics of following “Medieval Muslim scholars” in their habit of reading the Quran through Muslim tradition (Droge xii). Instead, he advocates following academic studies of the New Testament by reading the Quran apart from “the elaborate superstructure of medieval commentary and tradition” (Droge xiii). While such an approach may “strike the religionist as disorienting or perhaps disrespectful,” Droge acknowledges, “it is the historian’s modus operandi” (xiv, italics mine).

The introductions of both translations invoke academic identity politics. Each one constructs a sharp boundary between two (apparently) irreconcilable approaches to the Quran. Reifying their respective ideological positions, they place themselves on opposite sides of this boundary. While Droge asserts that secular scholars should not be reverential, Nasr suggests that they cannot be reverential. Yet both claims are suspect. An academic scholar, whether Muslim or non-Muslim, may certainly revere the Quran and maintain critical distance. That Nasr himself acknowledges having consulted the widely acclaimed Quran translation of A. J. Arberry, a non-Muslim, attests to this possibility (Nasr xlii). The boundary that both Droge and Nasr construct is not so well-defined, afterall. Isn’t the underlying spirit of a translation to cross cultural boundaries, not create more?

Despite the polarizing identity politics, both translations share a common objective: an appreciation of what Droge calls, “the human and contingent aspects of the text” (xiv). As Droge lets the Quran speak for itself, The Study Quran showcases the diverse opinions of Muslim Quran commentators. Neither translation claims that there is only one way to read the Quran.

While initially turned off by the stuffy King James brand of English, I gradually came to appreciate The Study Quran translation. Despite being hampered by thee’s, thou’s and thy’s, it comes close to emulating the Arabic Quran’s remarkable linguistic economy and lyricism, and improves upon the readability of its predecessors that employ a similar style [Pickthall (1910); Ali (1934); Arberry (1955)]. For example, the decision of the editors to translate the pre-eminent divine attribute, Al-Raḥmān, as the “Compassionate” instead of the usual “Merciful” or “Beneficent” resonates more deeply with a contemporary audience seeking a reminder of God’s presence in the world.

The accompanying commentary pushes the book’s length to nearly 2000 pages. The extensive commentary makes it appropriate for introductory or advanced undergraduate and graduate courses. Students may consult the commentary during class or when writing a research paper. At the same time, I am wary of students depending on the commentary as an intellectual crutch; I prefer that they cultivate their own interpretive lens. Despite its intimidating length, the physical book itself is portable due to thin printing paper. It also sells for an affordable (discounted) price on Amazon.com, and is a practical choice for a college textbook.

Yet, despite these virtues, I believe the editors of the Study Quran missed an opportunity to make this Quran translation more accessible to a broader audience. While some may dislike subjecting the Quran to Biblical standards, the editors of the Study Quran may have emulated the New Revised Standard Version (NSRV) of the Bible, also the basis for the HarperCollins Study Bible. The editors of the NSRV made a few key adjustments that retained the formality of the original but also appealed to a contemporary audience. First, they removed anachronisms such as “thy” “thee” or “thou” from the Revised Standard Version so that the Biblical English came closer to contemporary spoken English. They also sought gender inclusive translations. In verses where “he” stood in for both men and women, they replaced it with gender neutral language. Had the translators of the Study Quran made similar adjustments they would have created a majestic translation that better appealed to younger generations of readers like the students I teach.

I still plan to experiment with using The Study Quran in my courses, although I remain unsure of how my students will respond. I may have to consider a different translation once again. As a professor, I always have to be ready to take risks and try new things.