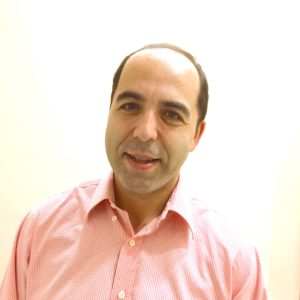 Some Reflections on the “Tupperware Mindset”

I remember how dumbfounded I was the first time a student told me he had grown up believing Catholics were not Christian. He had never, moreover, heard of the Orthodox Church, the only form of Christianity recognized by most Muslims in the region I study, (Central Asia). This encounter proved to be a pivotal moment in my thinking about teaching the history of Islamic societies. For long I had devoted much class time to bashing away at Huntington’s notion of “Islamic Civilization” and its many dumbed-down mutations in post-9/11 American popular culture. Could it be that I had, in my mind, accepted the notion of an equally ahistorical “Christian Civilization,” assuming that the bloody history of intra-Christian conflict and debate was not relevant in the present?

In the classroom I like to describe Huntingon’s view of Islam’s role in the world as an all-in-one tupperware set. The pieces of tupperware may fit into one box, but they come in different sizes, and, most importantly, can never do anything but bump into one another (or, in my kitchen, collide when I open the cabinet and they fall to the floor). Students who enroll in my courses dealing with the contemporary Islamic World have a strong desire to fill in gaps in their knowledge-and approach this entity, “Islamic Civilization,” with palpable curiosity and enthusiasm-but often arrive with the tupperware mindset. Many are surprised to learn that the insights they develop with respect to one Muslim region, country, ethnic group, or community, cannot be applied to others.

In my class on Afghanistan this term we confronted the impasse posed by the tupperware mindset in the first week of class. Students were exposed to the historical patterns of tension between the country’s Sunni and Shi’a groups, tensions that have been particularly acute at certain intervals of Afghan history such as the 1890s and 2000s. Many students reacted to this unit the way I reacted to the aforementioned student who thought only Protestants could be Christian. They were amazed to learn that the history of Central, South, and West Asia has been marked both by tremendous violence between Shi’a and Sunni communities, but also by much longer periods in which the two lived side by side, intermarried and participated in common cultures.

After discussing the differences between the Sunni and Shi’a traditions in some detail over several weeks, I asked my students whether they saw any parallels between Islam and their own religious traditions. Several immediately raised their hands and-you guessed it-referenced the Protestant Reformation and the bloody religious warfare that consumed much of Europe for several centuries afterward. A lively discussion ensued on the extent to which this intra-Christian violence colored their understanding of Christianity as a global phenomenon. Some responded in the affirmative, but many noted that they could point to both Protestants and Catholics, not to mention atheists, in their extended families, and the only violence they could think of occurred at the occasional Thanksgiving Dinner gone awry!

What this experience teaches me is that students arrive in the classroom with certain assumptions-well intentioned ones, for sure-about Islam and the social and political organization of its adherents. Challenging these assumptions requires a head-on confrontation with the tupperware mindset. One way to change students’ thinking is to ask them to put themselves in the shoes of some of the Muslim actors, both historical and fictional, we read about in class. If you were a Muslim woman in 1920s Uzbekistan and the state demanded you publicly burn the veil you had worn since childhood, how would you respond, and with what consequences? If you were part of a mixed Sunni-Shi’a family in Baghdad, how would you negotiate the communal violence between the two communities that erupted during the American occupation? I find that, above all, it is in response to these kinds of questions that students acquire the most nuanced understanding of Islam as it is practiced in everyday life.

The lesson for me has been clear. As an historian working on the contemporary period, my task is to make Muslim societies, and their beliefs, accessible to college students in terms they can understand. Discussing the complex nature of Sunni-Shi’a relations has furnished one successful strategy for doing that, at least this term.

I am curious about different strategies readers may be able to suggest for getting students to engage critically with their assumptions about Islam, or, more broadly, the idea of categorizing humanity in terms of geographically or religiously defined “civilizations?” How might one engage students who are particularly strongly rooted in their assumptions? I welcome your comments.