Religious Socialization and Development of Islamic Youth in Germany and in Turkey: Empirical Analysis and Religious Education Challenges

With the ongoing Syrian refugee crisis quite literally fanning the flames of Islamophobia across Europe, Adem Aygün’s well-written and meticulously researched book makes for trenchant reading on the state of Islamic religious education for Muslim minorities in Germany. While Aygün’s particular focus is on Islamic youth in Turkey and among Turkish immigrants in Germany, the book raises questions about Islamic religious pedagogy that have larger, E....

With the ongoing Syrian refugee crisis quite literally fanning the flames of Islamophobia across Europe, Adem Aygün’s well-written and meticulously researched book makes for trenchant reading on the state of Islamic religious education for Muslim minorities in Germany. While Aygün’s particular focus is on Islamic youth in Turkey and among Turkish immigrants in Germany, the book raises questions about Islamic religious pedagogy that have larger, E.U.-wide implications, namely through its challenge to both how non-Christian religion is taught (or not) by the secular apparatuses of European universities and secondary schools, and the pedagogical methods for learning theology that are intrinsic to immigrant Muslim communities in a European country like Germany.

The book will interest anyone who works on or with the models of faith development as pioneered by the American theologian James W. Fowler (1940-2015); as Aygün rightfully notes, Religious Socialization constitutes one of the first attempts to bring Fowler’s influential step-models to a non-Christian context (183), using Fowler’s “stages of faith” to frame how Muslim youth in Germany and Turkey see themselves in relationship to their religion and the larger, social world. This book is important reading for scholars who work on the state of theological education in Europe, particularly when it comes to non-Christian religions.

Fowler, like William James long before him, decoupled belief from catechism or creed, and relocated it (via a developmental psychology derived from Piaget) in the personal experiences of the self. Some of the fundamental characteristics of Fowler’s hierarchical categories of faith development – such as self-realization, and the acceptance of complexity and diversity – are indubitably imprinted by the liberal Protestantism of the nineteenth and twentieth centuries, and it could be said that Fowler’s project was as much a (biased) theological one as it was objectively psychological, or sociological. Aygün’s book, thus, begins by posing a fascinating methodological problem: can Fowler’s typologies, tinged as they are with their echoes of Paul Tillich and H. Richard Niebuhr, even fit a non-Christian setting, where the relationship between the self, God, and the world ostensibly seems to have a fundamentally different kind of constellation?

Aygün’s book is part sociological – his seventy in-depth interviews with Islamic youth from the bulk of the empirical chapters of the work – but also part theological, and the first chapters offer illuminating close readings of the Koran and the Islamic concept of Fitrah to demonstrate (in answer to this question) how critical thinking and self-reflexivity are arguably at the very core of Muslim faith. Reading Islamic theology through Fowler’s models, Aygün deftly argues, illuminates how Islamic traditions are more than adequately equipped with the kinds of theological tools necessary for grappling with the individual’s place in modernity, and the successful integration of the self’s belief with all the complexities of the global world (Fowler’s last, and highest, stage of development being the “universalizing faith” of a Mahatma Gandhi or Martin Luther King, Jr.).

The empirical portion of Religious Socialization that presents and reflects on the results of Aygün’s extensive interviews provides some surprising juxtapositions between Turkish Muslims living in Germany and their peers in Turkey. Because of the lack of Islamic institutional apparatuses for Muslim migrants in Germany, the teaching and learning about the Koran has strengthened the family as the critical locus for value-building and faith formation, whereas Turkey’s complex and dense history of state secularization and religious politics has meant that Turkish youth have consistently had a much broader and more diverse exposure to the kinds of the theological education necessary for progressive faith development: the net effect being that religious belief among Turkish youth is “easily on average higher” on Fowler’s scale than it is for youth in Germany (183).

A fascinating observation is offered by Aygün here, that the ad hoc system of immigrant mosque education that developed in Germany in the seventies and eighties (54-55) has meant that the mosque as a site of faith-formation plays a much more significant role than it effectively does in Turkey. Regrettably, Aygün notes, the dominant pedagogy offered in these German mosques remains a kind of medieval formalism that focuses on catechismal recitations, often at the expense of developing critical thinking and self-reflection. Ultimately, this kind of “imprisoning of the individual into traditional ways of thinking” (193) has hurt the viability of Islam as a public religion, as it loses its functionality within the pluralizing contexts of the E.U.

Aygün is not simply casting stones: the book is a strong, pragmatic call for the German (and by extension, European) university and school systems to better integrate Islamic theological education into their curriculums, and thereby inculcate the kind of reflective and dynamic forms of belief that espouse the cosmopolitan values as present in the higher levels of Fowler’s scaled categories of faith development. Such an institutionalized religious pedagogy could help undo stereotypical prejudices against Islam (all the more resurgent now than at the time of Aygün’s original writing), aid in the coexistence of different religions, and even potentially benefit Turkey’s attempts to join the E.U. (197).

There is, to date, very little of such institutionalization in place. The recently established partnership between the universities of Frankfurt and Gießen for a Center for Islamic Studies with a special emphasis on teaching (Religionslehrer) is one positive sign of development in this direction (and Aygün is now teaching at Gießen as a professor for Islamic theology and religious education). Given the extraordinary inflow of Islamic refugees into Germany over the last ten months alone – at least 800,000, by conservative estimates – more such university initiatives are urgently needed, both for the state of European inter- and intra-religious education, and perhaps for the fate of the E.U. itself, with its still laudable, if utopic, commitment to a pluralistic open society. 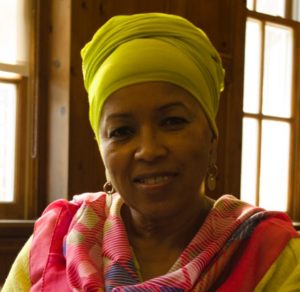 Lack of awareness about what Islam is and how its followers are religiously motivated to act, coupled with heightened tensions during the 2016 presidential campaign about the patriotism of American Muslims, led me to offer “Arabs and Muslims in the Media” as a first-time offering this semester. The twenty-one students who ...

Teaching about Sectarian Differences in Islam

Due to the diversity of Muslims in the southern Ontario region, my classes on Islam always bring together students from a variety of different sectarian, legalistic as well as interpretive, understandings of Islam. For instance, in my “Introduction to Islam” course, one can find Sunnis from various regions of the ... 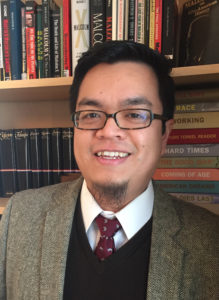 In a time when it is of paramount importance to assert and witness that black lives matter, how do we go about preparing our Islam courses that all too often afford little to no time at all for the societal crises that prevail all around us? This, at least, is ... 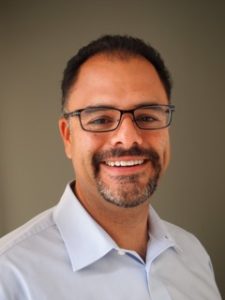 For the past fifteen years I have tried to teach about Islam as a religiously diverse tradition practiced by communities around the globe. I have done so in hopes that my students would be able to imagine Islam as a complicated phenomenon beyond either Islamophobia or Islamophilia. Sometimes, it is ...