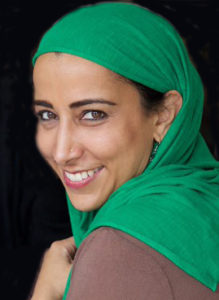 I write in a time when the study of Islam is of paramount importance. This blog entry focuses on the teaching of Islam in interreligious settings, with an eye toward the notion of pluralism.

So often, engaging this tradition starts with the assumption that the production of its knowledge was born and delivered for the purpose of violence. I say this as a professor who works within an interreligious context in a seminary setting. Anecdotally, both in my higher education experience and in my designing of interfaith encounters, I have found that Muslim participants experience the question, “How is possible for you to be a Muslim and a peacemaker?”

Mahmood Mamdani traces the causes that produced the effect of viewing both Islam and Muslims in a binary of good or bad Muslims. (Mamdani 2004) I will not dwell on his central thesis except to point out that the casting of a community of faith and practice into two categories inherently relegates their theological and cultural emanations to such narrow categories that it becomes impossible to learn about the wider range of opinions that its scholars and practitioners represent.

Intergroup theory furthers this analysis of the need for recognition of the diversity of subgroups within a larger superordinate identity. There are many in the teaching of Islam. One framework that is helpful in considering how one might design a curriculum on the teaching of Islam in an interreligious setting might involve instrumental cooperation.

My recommendations for engaging the study of Islam across the lifespan in interreligious settings therefore hones in on the practice and articulations of the tradition’s theologies of religious pluralism. The sources are many, and this space may not encompass all the potential resources that are available.

Let the reader imagine this as a survey course that gives a taste of the differences within the tradition, for the purpose of dealing with differences across traditions. In my blog entries I will be introducing a few ways one can enrich the methods of teaching Islam and pluralisms.

Robert Wuthnow deftly traces the genealogies of theologies of religious pluralism in his book America and the Challenges of Religious Diversity (Wuthnow, 2005) from Christopher Columbus through the missionary pulse, the comparative theology intellectual movement, and a tripartite American religious identity (Protestant, Catholic, and Jewish) to his final insightful question of whether discourse on religion can move beyond a Christian-centric framework. The common theme, he says, across five hundred years of encounter between Christians and non-Christians have been decidedly shaped by Christians’ own perceptions of themselves and their place in the world. Whether they were in a small minority, as they were in the 19th century, American Christians have thought of themselves as the reigning power and the dominant cultural influence. It was thus possible to ignore the presence of other religions or to regard them as proto-Christians, potential converts, degenerate heathens or in some other way that did not fully take into account the complexity of their beliefs and practices. (Wuthnow, 2005, 35)

Yet again we are faced with the need to complicate and not simplify the other. One danger of interreligious encounter is the presence and thrust toward common ground; my argument here is that the engagement of Islam must be rich, textured particularly with the notion of pluralism. The discursive space of pluralism and its construction should be emblematic of the content it is covering.

In this blog and in my subsequent blog post I will provide specific curricular recommendations.

Quite often I have seen the teaching of Islam done in ways that are unaware of the multitude of spaces where ethical cultivation for  communal piety occur. Ethnographic studies such as Saba Mahmood’s book Politics of Piety (Princeton: Princeton University Press, 2012) demonstrate the role of alternate religious spaces, in the case of her book, the Egyptian Muslim women’s piety movements. Mahmood provides important insights into the differences of how ritual, formation, and power play outside the often-limited mosque setting that is perceived as the main venue for religious education and worship. Students will benefit from this rich case study, perhaps by visiting not just a formal Jum’ah or Friday prayer but the Islamic weekend schools that dot America’s landscape. These are spaces where women have a major role in passing on religious knowledge, unlike the often male-dominated Friday congregational prayer and pulpit space.

Students will see the ways that Islam functions as a lived religion and not just in the weekly exegetical exercises of Friday imams. They can witness the internal, perhaps even contesting ways pluralism plays out internally in Muslim spaces, especially with actors who are not vested with formal religious authority. These spaces can be representative of the sometimes hidden or subjugated knowledges of a community.

The traditional sacred textual approach to the study of religion in interreligious settings may obscure other epistemic commitments that can be important resources for religious pluralism. Works by Reza Shah Kazemi, both academic and accessible, expand the narrow confines of religious pluralism founded on primary texts alone.

In some Muslim cultures, the poetry of Rumi forms the identity of religious actors, especially among younger community members. Utilizing translations by scholars such as Fatemeh Keshavarz and Jawid Mojaddedi that do not remove the language of theological reflection in Rumi’s poetry and that give students a deeper insight into how ethical formation on pluralism can be construed from these diverse sources.

In future essays I will continue to make curricular suggestions on the teaching of Islam and pluralism. One of the challenges of this intersection of topics is that it is an interdisciplinary endeavor. It becomes all the more important in times when popular narratives seek to horizontalize the Muslim community and its beliefs into a monolith that we continue to teach the broad diversity and depth of representations of this rich tradition.  Learning about internal disagreement within a tradition allows students to do better comparative work across religions as well. All religious communities and traditions should be taught as complexly as we are able. The asymmetry of depth can present a student with a meagre understanding of one tradition and a profound engagement with another. How we teach can form the misunderstanding that the better taught tradition is somehow implicitly more sophisticated and the more simply taught religions naturally rudimentary in its approaches. This could be true of any set of religious traditions, so we must stay vigilant to the attention we pay to all religious communities and traditions in our syllabi, pedagogical approaches and overarching curricular themes.