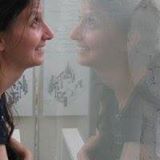 “Women and Islam.” It is a subject that is surrounded by strongly held and divergent opinions, values, and beliefs, as well as by misconceptions, over generalizations, and yes, political agendas. In the 21st Century, there are many competing projects
attempting to define who Muslim women are and what their identities and values should be. Each project attempts in some way to establish or reinforce a “single narrative” – a singular story that cannot possibly do justice to the multiple pressures and aspirations of real women in diverse social and cultural contexts.

As a result, Muslim women are perceived in a network of contradictory “isms:" Islamism, secularism, traditionalism, Orientalism, liberalism, just to name a few. When it comes to understanding Muslim women and teaching about gender and women in Islam it is not easy to transcend these contradictions as well as clichés which accompany them. They colonize our intellectual landscape, and fill our heads with too many preconceptions and too many problematic representations that beg for scholarly critique and engagement.

Due to this predicament it is essential to teach about the diversity of Muslim women in a variety of Islamic contexts from classical times to the modern period and through different topics, including but not limited to: gender in Islamic scripture and legal traditions, social and political roles of women in Islamic history, women in Islamic spirituality, and contemporary issues pertaining to femininities and masculinities in Islamic cultures. Exploring the diverse lives of Muslim women also helps students understand historical religious authority and its impact on gender relations, analyze contemporary intellectual trends of Orientalism and feminism, and learn about issues that affect Muslim women and influence their status in various societies.

Studying gender and Islam at the university raises a rich variety of questions, including: What are the diverse traditions surrounding women’s roles in Muslim societies? What are the ‘suppressed traditions’ of Muslim women in authoritative roles? What are some disagreements about the meaning of gender-related verses in the Qur’an, and what are the implications? Why have Muslim women been exoticized? What are the new forms of Orientalism emerging in the age of ‘war on terrorism’? What are the different interpretive tendencies used by diverse Muslim women to reform their societies? How are religious public sphere(s) being redefined by such reform?

In exploring answers to these questions, it is helpful to use a range of pedagogical methods. For instance, I find that utilizing the method of debate is most constructive when trying to teach students about the complexity of divisive differences in some of the most controversial issues of the 21st century, such as bans on veiling in various nations, shari‘ah debates and the questioning of Islamic family law, or female religious leadership. In such issues, students often find it challenging to comprehend some of the “for” and “against” positions. Debate then enables the students to in some way enter into the particular positions they have been asked to defend, and to some extent to empathize with that position even when they continue to disagree with it. Some of my greatest moments in teaching have been when students came to a deeper realization of what is at stake for people in these debates, in terms of identities, worldviews, life experiences, and convictions.

In contrast to the method of debate, I also find that students thrive on group discussions and projects when it comes to contested themes found in the Qur’an about women and gender. For one required assignment I ask each student to sign up for one of six thematic groups. The contested Qur’anic themes are polygamy, intermarriage, divorce, homosexuality, the “beating verse,” and veiling. Each student in the group is then responsible for writing one part of the analysis of the theme. Since each group usually consists of approximately 6 students, there are 6 areas that a group paper needs to cover:

Other effective methods employed are Skype or panel encounters with authors and activists, field trips to different Muslim sacred places and how gender is experienced at each space (i.e., Sunni/Twelver Shia mosques, Ismaili jamatkhanas, Sufi khaniqahs) and film critique and analysis.