Home > Resources > Blog > Teaching Islam > Interrogating the Legacies of Colonialism and Orientalism in an Introductory Course on Islam
Selected Items Select an item by clicking its checkbox
Actions for selected results:
Sign-up to receive email alerts when new blogs are posted Read our Blog Series List of  Bloggers 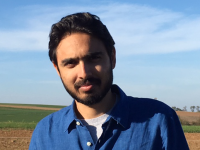 In this blog, I want to continue with the theme that animated my last post “Genealogically Attuned teaching in an Introductory Course on Islam.” To remind, the question I had engaged had to do with the problem of presenting in an undergraduate amenable fashion theoretical insights from the study of religion and the broader humanities. My investment in this question derives from the problem of how one might make in an introductory course on Islam theoretical arguments commonly advanced in humanistic scholarship through strategies that bypass the density of scholarly theoretical discourse. In other words, how to do theory in an introductory course without subjecting students to theory pressure? The last blog dealt with some challenges and prospects for the first day of an Introduction to Islam class by way of some reflections on interrogating the category of religion. Here I wish to briefly think about this problem in relation to more specific thematic units of such a course. First a brief description of the conceptual problem I want to think through here.

One recurrent tendency I have observed among students is to regard phenomena such as colonialism and orientalism as historical events consigned to a safely distant past, as belonging to the 19th century neatly separated from their own present. How could this problem of assumed shelter from the violence of colonial pasts and their attached knowledge legacies be addressed in an Introduction to Islam course? How could the persistence of the shadows of colonial power be impressed upon students? The first day of a unit on Sufism presents a potentially profitable moment for such a task. The unit on Sufism (for thematically organized introductory courses) represents a highly rewarding yet challenging stop on the pedagogical itinerary. While providing excellent possibilities of close primary source reading, use of narrative, textual and audio-visual analysis, the danger that students will fall prey to the temptation of viewing Sufism as the stereotypical exotic or eccentric variety of Islam is always all too ripe.

The first day of the unit on Sufism can also do some important conceptual work on the interaction of colonialism, orientalism, and Islam precisely by tackling major commonplace stereotypes about the Sufi tradition. As an illustration, let me share some highlights from a lesson plan for this day that I have frequently employed in my intro course. The goal of this class session is to make students think critically about the legacy of colonial knowledge production and Orientalism in the study of Sufism and Islam more broadly. This we try doing by focusing on 19th century Orientalist stereotypes about Sufism and their continuation in contemporary popular discourses on the subject. In a nutshell, some of these stereotypes include: 1) that Sufism is foreign to Islam with Greek, Indic, or Persian origins, 2) that Sufism is opposed to Islamic law and that Sufis don’t care about normative legal obligations, and concomitantly 3) that while Sufism is the exotic, soft, and liberal brand of Islam, Islamic law or the Shari‘a is its harsh, puritan, illiberal other. One can fruitfully show the effects of these Orientalist stereotypes in the present by juxtaposing film with text. More specifically, for this day, I combine discussion on the first chapter of Carl Ernst’s Shambala Guide to Sufism (which they read before class) with the in-class viewing of the first twenty minutes or so of the 1994 documentary I am a Sufi, I am a Muslim. The more recent documentary Sufi Soul by popular writer William Dalrymple is also a good alternative that serves the purpose.  In small group discussions, I have students identify and make a list of stereotypes about Sufism in the works of various 18th and 19th-century European Orientalists and colonial officials (such as Tholuck, Elphinstone, Graham) as presented in the Ernst text. As student discussions are winding down, I pop in the documentary. I then ask them to make a note and a running list of any overlap between the Orientalist stereotypes they just discussed and ways in which the narrator of the documentary describes Sufism. The overlap is astonishing. Almost all Orientalist depictions (Sufism has non-Arab origins, it is opposed to ‘orthodox’ Islam, Sufis don’t prioritize ritual practices etc.) are repeated almost verbatim in the documentary. This conglomeration of textual and visual evidence invites students to reflect on traces of powerful 19th century discursive regimes on a popular and seemingly sympathetic documentary a century later. Film and text complement each other, the former amplifying the argument of the latter about the Orientalist reformulation of Sufism.

But this much is not enough. In addition to uncovering the problems and persistence of Orientalist narratives about Islam and Sufism, it is also important to have students address the question of how Sufis themselves understand their tradition, especially in regards to Sufism’s relationship with Islamic law. For this, we again turn to the Ernst chapter, especially page 26 that details Sufis’ self-imagination of their tradition in clear, concise, and singularly productive ways. By reading relevant passages aloud in class, we establish the point that in contrast to 19th century Orientalist and contemporary popular stereotypes, the relationship between Sufism and law within the tradition is hardly understood in the form of an oppositional binary. Rather, this relationship is imagined as a hierarchy whereby abiding by the law and its limits represents a prerequisite to progress on the path to divine reality. This hierarchical arrangement is reflected in the rhyming progressive (in a literal sense) formula Shari‘a (divine normative order)-Tariqa (the Sufi path)-Haqiqa (divine reality). Put simply, Sufis do not reject the law and its imperatives. They instead consider it a first step towards higher spiritual refinement. A hierarchy is not the same as a binary.

Through this class session, some highlights of which I have outlined above, students in an introductory course can be equipped to interrogate the afterlives of colonial power and Orientalist discourse in the present without being burdened with the weight of prohibitive theory talk. It can also attune them to ways in which a more careful consideration of the logics and textual resources within a tradition can disrupt popular stereotypes and representations about it. Genealogical skepticism is thus usefully complemented with discursive analysis.