Home > Resources > Blog > Theological School Deans > The Digital Natives Are Here And Your School is Obsolete
Selected Items Select an item by clicking its checkbox
Actions for selected results:
Sign-up to receive email alerts when new blogs are posted Read our Blog Series List of  Bloggers

The Digital Natives Are Here And Your School is Obsolete

Early adopters of instructional technologies, for years, have been trying to raise awareness of the need for theological education to be adaptive (never mind innovative--that just seems not in the DNA of most theological schools) to the emerging 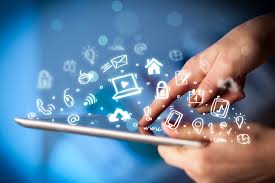 realities of learning in higher education. Many have been warning that "the Digital Natives are coming!"

Here are some characteristics of the incoming students in seminaries (adapted from Beloit Colleges "Mindset" lists):

Closer to home: The majority of your incoming students have taken at least one online course, in elementary school, high school or college; they don't need a "tutorial" or orientation to using an LMS (but many of your Faculty do!). A paper syllabus is useless to them. They expect that most of the information they need for your class will be on a digital platform (an LMS, a website, or an app) on a  screen (a laptop, a tablet, or their phones). Whatever they produce in your class, for whatever subject, will be digital to some extent. And, they are better at Powerpoint than you.

The reality is that as theological schools we hold on to an industrial-aged model in a digital world. Furthermore, the imagined future students we push our admissions office to find to fill our classroom seats and residential halls don’t need us to learn. Classroom instruction as a signature pedagogy is obsolete.

That may seem an overstatement, but here are examples of how Digital Natives challenge ideas of how you learn and from whom.

At 13 Patrick McCabe learned robotics from the internet. He even demonstrates how to teach a robot to learn.

Amira Willighagen was seven years old she took it upon herself to learn how to sing opera music.

Growing up in Pakistan, there were no instructors in town that could teach Usman Riaz how to play percussive guitar, so he learned it from the internet. "I wanted to learn more about that so I just let the internet be my teacher," Usman said, "You learn from exposure and you learn from watching other people and that's exactly what I did except that instead of having the person physically in front of me I had a portal to them through the computer." He says, "There's so much out there available for everybody that they don't need to sit and worry about whether they don't have a teacher or not, you just need an internet connection and the desire to want to learn something and that's really it."

Arguably, the most important role of a dean is to be the visionary that shapes the educational values and enterprise of the school. Does your vision for your school align with the realities of a digital world?

Is your Faculty teaching in the ways Digital Natives need to learn? Expect to be taught?
Is your Faculty preparing ministers with skills for a world that no longer exists?
Is your Faculty as attentive to the ways of teaching and learning as much as they are to what they teach? Will your next incoming class find they've signed on to an industrial age system of education that is obsolete?
Where is your school situated in the landscape of online theological education?

Israel Galindo is Associate Dean, Lifelong Learning at the Columbia Theological Seminary. Galindo writes for the “Along the Journey” blog of the Columbia Theological Seminary, and, the Digital Flipchart blog. His most recent books are Mastering the Art of Instruction: The Nine Essential Instructional Skills Every Teacher Must Master, Stories of the Desert Fathers: Wit And Wisdom for Today’s Bewildering Times, Seeking the Holy: An Introduction to the History and Practice of Spiritual Direction for Today’s Churches, and Theories of Learning: Approaches to Teaching and Learning for Christian Educators and Theological Faculty