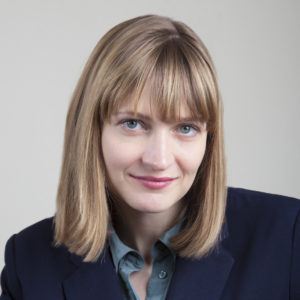 How Teaching Ruth Taught Me to View Trauma Differently

In graduate school, I spent a year teaching at San Quentin State Prison while writing my dissertation. I loved my Religion and English classes at the prison and frequently remarked to friends that teaching incarcerated men, many of them in their mid-thirties or beyond, was strikingly similar to teaching 18-22-year-old undergraduates at UC Berkeley. “They make the same excuses about why they couldn’t do the reading,” I loved to tell fellow graduate student instructors. The students, those on the inside and on the outside, also often struggled over the same points – how to write a persuasive thesis, how to conduct research, how to understand unfamiliar religious practices.

Eventually, I found a job at Rhodes College in Memphis, TN, and left both Berkeley and San Quentin behind. After several years at Rhodes, a colleague invited me to teach in another prison education program, this time a “great books” program at the West Tennessee Women’s Prison. I jumped at the chance and offered to cover the Hebrew Bible. Strategically, I decided to teach the two books I was already teaching to Rhodes undergraduates in my Feminist Biblical Interpretation class: Ruth and Esther. This suggested several advantages: I would already be prepared for what the students would have to say about the texts, what directions the conversation might take, and I thought women might be interested in reading texts where female relationships, like that between Ruth and Naomi, are foregrounded.

I entered the first class at WTWP confident in what would happen. I had just taught Ruth to my traditional undergraduates a week before and the Rhodes students had had excellent discussion, especially about Ruth and Naomi and their relationship (Ruth, you’ll recall, is urged by her mother-in-law Naomi to leave after her husband dies; Ruth replies with the famous words, “Where you go, I will go; Where you lodge, I will lodge; your people shall be my people, and your God my God. Where you die, I will die— there will I be buried” [Ruth 1:16, NRSV]). My Rhodes students were open to the possibility of queer readings of Ruth and Naomi – generally, they were interested in finding and ferreting out pockets of homoeroticism in the text – though also critical of Naomi as “a whiner.” Ruth, meanwhile, seemed less a loyal friend or lover than a burden – “like someone else’s pet you have to take care of,” as one student put it.

The women at WTWP were also very enthusiastic to talk about Ruth, but they had different understandings of the relationships in the text. They were, on the whole, far more sympathetic to Naomi and “what she’s been through.” They were mostly (though not entirely) reluctant to see the relationship between the two women as homoerotic, but they placed great value on reading it as a strong friendship. Ruth and Naomi had each been through a great deal. They needed each other.

This experience of teaching the same text in two very different groups was a valuable pedagogical reminder to me about the dangers of making assumptions about students and how they will respond to the text. It was also useful in thinking about trauma. Many incarcerated women are survivors of trauma, especially violence and sexual violence. Incarceration challenges family bonds and strains relationships. All of this is well known. What I did not realize until teaching Ruth in prison, however,  was the unique hermeneutic perspective it gives students into the text. These women read the book with greater empathy, and with greater attention to the dynamics of its relationships. They understood why Ruth and Naomi needed each other. (Relatedly, when we read Esther the following week, they took a dim view of the men in the text, especially Ahasuerus for his sexual exploitation of women and Mordecai for his strategic exploitation of his niece Esther. These readers intuited what scholars such as Nicole Duran and Randall Bailey have argued, that the book of Esther is a work of male exploitation).

The traditional undergraduates at Rhodes have their own traumas, and these too influenced their reading. College students are especially attuned to the fraught relationships between children and parents -- this came across in their reading of the book. Sexual exploration is also a cause of interest, as well as anxiety, in college -- these readers were more open to the possibility of queer romance in the text.

The traumas that shape our lives shape, as well, how we read texts. This is a simple lesson, but one that the students in my two Ruth classes helped me understand better.

Rhiannon Graybill, Associate Professor of Religious Studies, Rhodes College. Rhiannon has taught at Rhodes College in Memphis, TN, since 2012. She is the author of “Are We Not Men? Unstable Masculinity in the Hebrew Prophets ”(Oxford, 2016), and is working on a book of feminist biblical readings. Her research interests include gender and sexuality, feminist and queer criticism, and the Bible and literature.