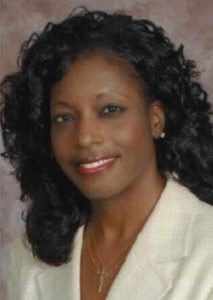 Great Iconoclastic Controversies in the Classroom

Church history, may, at first glance, appear rather uninteresting to some seminary students. After all, hot-button issues in theology, ethics, bible, and pastoral care stimulate gospel-oriented revolutionary thinking, particularly in regard to contemporary needs in church and society. Individuals take graduate-level courses in ministry to make a difference. They seek biblical and theological knowledge, ministerial tools, and critical skills to engage a world burdened with injustice and suffering. Although a cursory acknowledgment of historical occurrences is surely helpful in constructing a general appreciation of our religious pasts, such material is ultimately not, quite frankly, exciting.

However, there are times when course content, even in church history studies, may smash deeply held theological or biblical assumptions. In other words, some course material can threaten students. Acquiring knowledge can be iconoclastic. One’s understanding of the Christian faith reflects a psychological investment buried deeply within the context of familial beliefs, cultural identity, and social teachings. Such views may be supported by ecclesiastical or denominational institutions. Historical-critical methods and pedagogy designed to problematize traditionally established narratives in this setting may not only rupture foundational belief systems, but also elicit emotional reactions. Students may actually experience feelings of traumatic loss.

Of course, this phenomenon is applicable to any field of study. Yet, as a church history professor, I have routinely witnessed first-year and other students grapple with the shocking prospect of a structurally non-linear, chaotically diverse, and relatively inclusive early Christianity. In fact, recently, I taught a number of students who were theologically invested in beliefs that the early church was doctrinally monolithic; moreover, these students held specifically that women’s subordination in church leadership throughout history was a natural occurrence. This religious view is quite standard, in fact, in many religious traditions. Hence, the emergence of women’s voices calling for church ordination and equality in recent centuries is interpreted as novel. But in my class, students were required to critically engage literary and physical evidence that squarely challenges these assumptions.

I did not predict the reactions some students had one day.

To put it mildly, class discussion became heated. Individuals expressed shock and dismay over information in primary historical sources. They became defensive and emotional with regard to the implications for contemporary ministry. Some began talking at each other.  For me, James Baldwin’s words from The Fire Next Time suddenly came to mind, “our entire frame of reference will have to change, and you will be forced to surrender many things.” In that moment, it was immediately necessary for me as instructor to quell the rising tide of emotion in that space. I talked about the controversial nature of claims on all sides, noting even the historical dissension those precise questions had caused. I reiterated the goal of critical examination in that context: to substantiate one’s positions using critical research methods, not to establish historical fact. Weakly, I even tried (emphasis on tried!) to crack a joke or two.

Miraculously, the students responded. They articulated their feelings of trauma at the thought of modifying cherished religious understandings. As they expressed it, part of the fear lay in the thought of sharing those ideas among their families and religious communities. They ministered to themselves and to each other right there in the classroom, even as they wondered how to appropriate this knowledge. Through ongoing analytical reflection as the class progressed, the students, with some guidance, were able to find their way. Indeed, pastoral and pedagogical methods proved effective—by admitting the sensitive nature of the subject matter, emotionally combative feelings were calmed.

But when class was over, I needed self-care! What had I done wrong? How could I have prevented the outbursts from occurring? Why did the critical engagement of material become so emotional? By sharing the day’s events with a colleague, processing the steps taken, and outlining improved techniques for broaching challenging course content, I embraced the experience as a learning opportunity for better teaching. In subsequent class gatherings with the students, we continued the process of critical, scholarly engagement with sources, while reflecting on the social-cultural, theological, and religious implications of debatable historical conclusions. Hence, that initial emotionally ridden event was not isolated as a singular, unhealthy occurrence. Instead, it became part of praxis-driven ministerial development. What better way to learn navigation of potentially explosive religious-social environments than in theologically-charged history classroom debates?