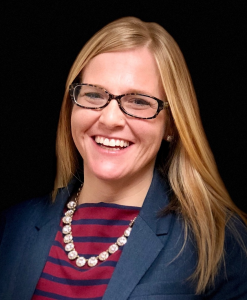 The call for educational practitioners to be critically self-reflective is fairly common today. This is in large part due to the work of pedagogical theorists, such as Stephen Brookfield, who have challenged educators to routinely assess and hone our teaching practices. Indeed, since the beginning of my teaching career, I have been encouraged by mentors to reflect critically on my teaching through the four lenses Brookfield identifies: (1) students' eyes, (2) colleagues' perceptions, (3) personal experience, and (4) theory.[1]

Recently, however, I have noticed a pattern in my critical reflection: it becomes all-encompassing and far-reaching during the aftermath of national traumas. For example, in these few weeks following the shooting at Stoneman Douglas High School in Parkland, Florida, I have been thinking, “What are we doing wrong? What am I doing wrong? What else should I be doing?” The sickening coincidence that the shooting occurred on Ash Wednesday, the first day of Lent according to the Christian liturgical calendar that I observe, added an unavoidable urgency to my usual Lenten critical reflection. Because the main area of my social engagement is through my teaching and writing, the tragedy of yet another mass shooting prompted me to reconsider everything I have ever done in the classroom.

Similar moments of wholescale critical reflection were stirred within me after other tragic events over the past few years. For example, I vividly remember this process of questioning all of my pedagogical assumptions and practices after the presidential election of 2016 and the deaths of Trayvon Martin, Tamir Rice, Eric Garner, and Michael Brown.

In the genre of educational theory, I believe Jack Mezirow would define each of these events as a “disorienting dilemma.”[2] He has poignantly described how traumatic events can often lead us to scrutinize previously unquestioned assumptions and to identify how our assumptions have limited our thought-processes and actions up to the point they occurred.

For me, each of these national tragedies has led me to uncover my previous assumption that “I need to be an expert in what I teach.” Based on this assumption, I had believed that my expertise in the area of “systematic theology” did not qualify me to teach about civic action or politics at all. So, if I wanted to teach about anything that engaged in social or racial justice (which I desperately did), I would need to go back and get another Ph.D. in critical race theory.

However, through my critical reflection, particularly through Brookfield’s fourth lens of theory, I have come to understand the inaccuracy of my previous viewpoint and have begun to embrace a much more accurate alternative: all teaching in higher education must entail “ideology critique.” Indeed, I have taken a tip from Brookfield’s own theory. As he defines it, “Ideology critique is part learning process, part civic action.” It “focuses on helping people come to an awareness of how capitalism, White Supremacy, patriarchy, ableism, heterosexism and other ideologies shape beliefs and practices that justify and maintain economic and political inequity.”[3]

I now understand ideology critique as a necessary and central component to critical reflection. National traumas led me to intuit this assumption, and Brookfield’s theory led me to embrace it.

Moreover, through my critical reflection--specifically through Brookfield’s first lens, that of my students’ eyes--I know that it is not just me that is questioning everything I have been doing (cognitively and behaviorally) after a national tragedy, but my students are too. I have found that leading them through a critical reflection, which entails ideology critique, is helpful for them as well. The three core assumptions Brookfield identifies as comprising ideology critique are helpful for framing such discussions about the unjust ways the world is organized: “(1) that apparently open, Western democracies are actually highly unequal societies in which economic inequity, racism and class discrimination are empirical realties; (2) that the way this state of affairs is reproduced as seeming to be normal, natural and inevitable (thereby heading off potential challenges to the system) is through the dissemination of dominant ideology; and (3) that critical theory attempts to understand this state of affairs as a prelude to changing it.”[4]

Of course, this activity of leading students in a reflection on these assumptions is not the primary focus of my lesson plan in every class. After all, I am responsible for teaching them theological methods and theories—that is, the areas in which I have been trained. But what I know now for sure is that I can and necessarily must lead them in a critical reflection concerning dominant ideology, especially in the aftermath of national tragedies and traumas.