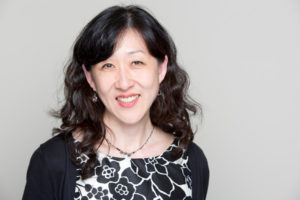 I met Rev. Jesse Jackson at an Interfaith Conference in Doha, Qatar. It was the first time I heard him speak in person, and during his plenary talk he covered the importance of interfaith dialogue. As I listened to how we human beings, in all our diversity, triumph, and affliction, are measured with one yardstick, I remembered the first sentiment Rev. Jackson stated that resonated with me: We often look at the strangers standing next to us as transient newcomers in our lives— bearing different skin and newborn, young, and weathered faces—but that stranger next to us often stands there as a distant reminder of ourselves, a reiteration of our experiences, a reflection we must welcome and embrace as our own.

Such a notion may have been spouted during countless sermons in my life, however growing up in a strictly conservative evangelical household, I was taught that Christianity was the only way. I believe this is one of the ultimate pitfalls in Christianity and other major world religions: the denial of other faiths and faith believers. It draws every person of faith to believe that all other religions must be evil, and thus their followers must also be evil. It took decades of spiritual journeying and education to overcome this false belief, and led to a point in my career where interfaith dialogue became a preeminent focus. While perhaps I was led to this cause for personal edification, I began teaching the “Interfaith Dialogue” course with the intrinsic perspective of social justice as the human pillar upon which my students could act. In this way, interfaith dialogue is not relegated to classrooms and conferences, but belongs in our streets, our churches, and our homes.

After meeting Rev. Jackson all those years ago, I have had opportunities to work with him on numerous issues. What comes to mind first, as it is so close to home, is our work on the South Korea, North Korea peace process, where we fought to free Kenneth Bae from North Korean prison. Overall, the issues we have collaborated on are founded in racial and gender justice, and culminated in my editing his book, Keeping Hope Alive (Orbis Books), a selection of his sermons and speeches as one of the foremost figures of civil rights in American history.

While working with Rev. Jackson, I became aware of our unequivocal ties, not just to our personal history as teachers and theologians, but also to our ancestry. Truth be told, one cannot help but be reminded of one’s past in this country as an African American, especially during this tremendous time of uprisal, protests, and activism following George Floyd’s death, all insulated within the disorder of the world pandemic. It is as if every story of another black man’s death, a new case of police brutality, is yet another immersion of an iceberg’s tip. We are surrounded by such iceberg tips -- the question is whether we as a wider culture will be pushed to surface these and reveal the singular iceberg of racial injustice and create lasting, dynamic change.

During this time in which I oscillated between the news, Twitter, work, and occasionally chatting with Rev. Jackson, I was constantly reminded of just how much I didn’t know; how many stories are untold, and how just as many stories are misunderstood through a majority lens. It challenged me to confront my own history and ancestry as an Asian American woman, and the strange places of marginalization and liminality that I find myself in. Such contradictions and challenges with racial identity come into relevance when examining interfaith dialogue and how we can contextualize from a stringent dogma taught in progressive faith movements to a more universal and enduring truth.

What I learned alongside Rev. Jackson has deeply informed my curriculum and pedagogy. One thing I learned is that fighting any form of injustice requires collaboration with those who are similar to us and also those who are different from us. We need to work with Christians and with those of other faith traditions. I experienced this firsthand during my first meeting with Rev. Jackson in Doha, as we held offsite interfaith communications with Muslims, Jews, and Christians. Since then, I have been with him as he met with Muslim and Jewish leaders in the United States to work on eliminating islamophobia and anti-Semitism. Without dialogue, there is no diversity in thought, and thus the possibility of change moves farther and farther away from us. Without dialogue there is no confrontation, and thus, no peace.

This is why I adamantly require dialogue, debate, and challenge from my students. As teachers, we must exemplify what we teach. Social justice is threaded through my teaching. When I talk about racial justice and easing the tension between groups of people of different ethnicities and religions, my exemplary work with Rev. Jackson finds its way into the classroom. There have historically been tensions between African Americans and Asian Americans, as experienced during the LA riots and Baltimore riots. The visual and symbolic representation of Asian Americans working hand-in-hand with African Americans is important in the classroom as well as outside the classroom. An Asian American woman working with Rev. Jackson exemplifies a wider ripple in collaboration across all communities, all fields, and offers students a realistic depiction of what they can anticipate and practice in their professional lives.

Social justice work is ongoing and it is important to recognize the intersectionality of interfaith and racial justice, as Rev. Jackson encourages. To fight for racial justice also requires us to fight against gender injustice, sexual injustice, climate injustice, etc. Recognizing the intersectionality[1] of these issues provides students with the agency to create some kind of real-world impact; whether you are teaching Interfaith Dialogue, Liberation Theology, or homiletics, social justice issues unify with our work and therefore should be recognized in our pedagogy.

To help my Interfaith Dialogue students engage deeper, I take them on a day trip to Indianapolis to visit a Hindu temple, a synagogue, and the Interchurch Center. At these three sites, we engage in dialogue with the Hindu leader at the temple, a rabbi at the synagogue, and the executive director at the Interchurch Center. These engagements and encounters are fruitful, enlightening, and pedagogically important. Some students have said that that the dialogue trip was the first time that they ever met a person of Jewish faith, or a Hindu, and that it was a profoundly enriching way, perhaps the most honest way, to engage in dialogue with them. Many students mentioned afterwards that this physical visit and dialogue was one of the most important events in their learning process. When people meet and engage in critical dialogue, it deepens their sense of social engagement and feeling for social justice from a mere lofty aspiration to a personal, grounded intention. This is what I experienced while working with Rev. Jackson. This was the type of dialogue we engaged in when I first encountered him and worked with him in Doha, and which I continue to practice on personal level, and ultimately share with my students.

I have learned tremendously from working with Rev. Jackson and hope that our continued work and collaboration with make a pathway for others to collaborate and work for justice.

Grace Ji-Sun Kim received her Ph.D. from the University of Toronto and is a Professor of Theology at Earlham School of Religion. She is the author or editor of 19 books, Hope in Disarray; Keeping Hope Alive;Reimagining Spirit; Intersectional Theology; Healing Our Broken Humanity;The Homebrewed Christianity Guide to the Holy Spirit, Planetary Solidarity:Mother Daughter Speak; Intercultural Ministry; Making Peace with the Earth; Embracing the Other; Here I Am; Christian Doctrines for Global Gender Justice; Theological Reflections on “Gangnam Style”; Contemplations from the Heart; Reimagining with Christian Doctrines; Colonialism, Han and the Transformative Power; The Holy Spirit, Chi and the Other; and The Grace of Sophia. She is a Series Editor with Dr. Joseph Cheah for Palgrave Macmillan Series, “Asian Christianity in the Diaspora”. Kim was on the American Academy of Religion’s Board of Directors as an At-Large Director and was a co-chair of AAR’s “Women of Color Scholarship, Teaching and Activism Group. Kim writes for Sojourners, EthicsDaily.com, Wabash Center and Feminist Studies in Religion (co-editor). She has also written for TIME, The Feminist Wire, Feminism and Religion, The Forum for Theological Education and The Nation. Kim is an ordained PC (USA) minister and more of her writing can be found on her blog site https://gracejisunkim.wordpress.com/. She also writes regularly for The Huffington Post, and has been a guest on MSNBC, PBS Chicago, BBC World, ABC Soul Search, Keep Hope Alive radio show and numerous podcasts. You can follow her on twitter at https://twitter.com/Gracejisunkim.