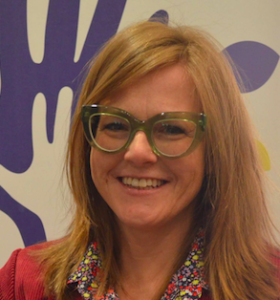 For the last few years, in teaching about racial justice, I have consciously decided to incorporate into my syllabi an opportunity for critical reflection based on Stephen Brookfield’s theory of “ideology critique.”[1]

In short, Brookfield defines ideology critique as “part learning process, part civic action”; it “focuses on helping people come to an awareness of how capitalism, White Supremacy, patriarchy, ableism, heterosexism, and other ideologies shape beliefs and practices that justify and maintain economic and political inequity.”[2] As Brookfield describes it, ideology critique is a helpful tool for framing discussions about the unjust beliefs and assumptions that dictate the unequal ways in which society is organized: “(1) that apparently open, Western democracies are actually highly unequal societies in which economic inequity, racism, and class discrimination are empirical realties; (2) that the way this state of affairs is reproduced as seeming to be normal, natural, and inevitable (thereby heading off potential challenges to the system) is through the dissemination of dominant ideology; and (3) that critical theory attempts to understand this state of affairs as a prelude to changing it.”[3]

As I understand and use his theory, the ubiquitous and dominant nature of unjust ideologies, like racism, demands that every subject area question its foundational assumptions, in order to pave the way for real and lasting societal change. Assignments designed to teach ideology critique also help us model that habit of mind with our students and let them practice it as well.

In order to use this theory in my courses effectively, I need to connect the critical reflection with course content in a way that is responsible for the methods and objectives about which I am hired to teach (i.e., Catholic Systematic Theology). One of the most effective strategies I’ve designed is the following written assignment.

In one of my introductory theology courses, I ask my students to write a critical evaluation of the United States Conference of Catholic Bishops’ (USCCB) most recent document on race, “Open Wide Our Hearts: A Pastoral Letter Against Racism,” issued in 2018. To prepare students for the assignment, we spend a few class sessions analyzing the social realties of racism and white privilege based on the work of scholars like Ibram X. Kendhi and Robin DiAngelo. We then turn to a Catholic theological perspective written by Bryan Massingale, a Black Roman Catholic moral theologian and priest, who also has recently come out as gay. I have students read Massingale’s critique of prior USCCB documents and list both the substantial deficits and limitations that he identifies. To do this, they read a chapter from his groundbreaking book, Racial Justice and the Catholic Church, which was published in 2010, eight years prior to the writing of the most recent “Open Wide Our Hearts” document. Then, in their written assignment, I ask the students to apply Massingale’s critiques of the prior USCCB documents to their own analysis of the current one.

This assignment has been effective for a number of reasons. First, it allows students the chance to explore how racism has been embedded not just in economics and politics, but in religion—something of which they are not always aware. In particular, they often identify how even a theological document that denounces racism is itself entangled with assumptions based in patriarchy, heterosexism, and White Supremacy. For instance, many times students remark on how the USCCB document is written by a predominately White group of people, all of whom are men. In recent student papers, two different students made this critique and bolstered it by mentioning how the National Black Catholic Clergy Caucus (NBCCC) approved a statement in April of 1968 that described the Catholic Church as a “white racist institution.”

Second, it often leads students to see how theology and religion have the opportunity as ideologies to promote civic action, as was the case with Dr. Martin Luther King Jr.’s religious convictions, but how they can also be problematic—particularly if they promote reconciliation without justice. For example, a recent student’s paper made this critique by remarking on the 2018 USCCB document “Open Wide Our Hearts” in this way:

The Catholic Bishops think that racism will be overcome by education, dialogue, and moral persuasion. They think that if everyone is educated on racism that it’ll just magically disappear, but it’s not that simple…. Racism has been with us for many, many years now and it’s deep in our roots. It’s not something you can change overnight by having a different mindset. I wish it were that easy, but unfortunately it’s not.

The student is recognizing that racism goes beyond an individual’s acts, and that it is also a widespread and deeply entrenched, systemic issue. Another student went further in their analysis and considered why the Bishops might not have promoted real systemic change in their document:

I think that the Bishops might be concerned with not crossing any boundaries and having too strong of an opinion that would align themselves with a certain political party. The idea that there needs to be a separation of church and state has been a saying for a long time and people believe that it is an important part in democracy. This concern is valid but I also think that the idea of all people having equal rights is not only a Catholic belief and should be a belief held by both political parties.

Finally, and here’s where I hope the assignment is most effective: the assignment teaches students to begin to develop and adopt for themselves a process of ideology critique outside of the classroom. For instance, after discussing the widespread issuing of #BLM statements by nearly every retail company, with no real call to action, one student made a similar critique of the 2018 USCCB document as the “church’s feeble attempt to get ahead of a problem instead of being deemed as ignoring the problem.”

When students are able to identify how racism has been shaped and maintained in other documents, beliefs, and practices, including but not limited to religious ones, I know the assignment has accomplished its objective.

[1] This post continues reflections that I began in a previous post. I am grateful to Dr. Jessica Tinklenberg, who encouraged me to develop this post in such a way, and to include anonymous student comments. She also worked with me on a fuller piece which will be include in the American Academy of Religion’s Fall 2020 edition of Spotlight on Teaching.