Home > Resources > Blog > Social Justice and Civic Engagement > Wisdom in Crisis: A Pivot Does Not Have to Be a Full 180 Degree Turn
Selected Items Select an item by clicking its checkbox
Actions for selected results:
Sign-up to receive email alerts when new blogs are posted Read our Blog Series List of  Bloggers 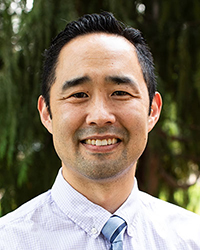 Wisdom in Crisis: A Pivot Does Not Have to Be a Full 180 Degree Turn

When I began my first full-time professor gig in 2008, I quickly learned to be fiercely protective of my own time. I understood that the long game of an academic career necessitated the publication of my first book. I loved teaching, but I intentionally restricted my own preparation and grading time in order to turn my thesis into a book. This protection of time was particularly difficult as a new faculty member embodied as a Korean American, and facing the faculty service minority tax.

Over time, I published that first book, received tenure, and eventually promotion to full professor. With the security of tenure, I was more open to paying the minority tax, but not out of burden. I would happily serve in ways that are generative for Asian American communities, while protecting the time of junior scholars. I understood this service as an expression of my vocational call as a theological educator and biblical scholar.

In 2020, I accepted a position at a new institution in Atlanta. In the midst of pandemic, nearly all of my classroom and service interactions were online and via Zoom. These circumstances severely limited my visibility to the dynamics of my new school. Accordingly, I deliberately planned to spend my first-year learning and acclimating to the institutional culture.

But the horrific events of the March 16 Atlanta spa shootings forced a pivot. All of a sudden, my institution had to confront this terrible tragedy within our city limits that symbolized anti-Asian racism, patriarchy, Orientalization, and class oppression. I no longer had the option to sit back, learn, and acclimate. With my vocational call and protection as a mid-career faculty member, I pivoted to accelerate my own service to the community.

In the ensuing days, I made sure to mention the shootings in each of my classes, if only to allow students to see my own grief and anger. I recognized that many of these students had limited exposure to AAPI perspectives. This tragedy begat a commensurate responsibility at the institutional level. I was grateful to be part of diverse faculty with several fellow professors of Asian descent. I ended up doing quite a bit of public and private care in the week following the shooting. I had speaking events on three consecutive days: recording a sermon for a future chapel, giving the devotional message at a prayer vigil of remembrance, and participating in a panel discussion on anti-Asian racism with over four hundred participants. Of course, I was also teaching a full-time load. By the end of the third event, I was exhausted.

The weekend after the panel, a national organization held a major AAPI rally in Atlanta to address the shootings in the context of the surge of anti-Asian violence. A friend flew in from Chicago to speak at the event. Another friend was driving in from Nashville to attend. The rally was held fifteen minutes from my house. I did not attend the rally. If you are anticipating that I used this time to catch up on grading or work on my research, then you are going to be disappointed. I did none of those things. I used the time to rewatch episodes 7 to 9 of Star Wars and cook Korean pork belly for the family. I needed that time to restore my emotional and physical strength.

A pivot is not a 180 degree turn. Rather, a pivot is merely a shift. Although the shootings compelled an urgent commitment to service, I did not abandon my commitment to a vocational life that is centered and sustaining. I have tried to honor these values from the beginning of my career. I plan to continue to honor them in the future when I pivot to senior scholar. This is how I commit to the long game.