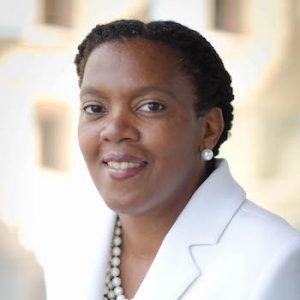 Write Your Name: Claiming Space and Writing Ourselves into Existence

“Write your name, for me, please,” she asked, a sturdy index finger tapping on a piece of paper, on the table at my aunt’s house. She was my paternal grandmother, Johanna, or Teacher Kate, as many people called her, and she was visiting her family in Toronto from Guyana. She would have been in her sixties then, a compact Black woman with flawless skin, a kind, steady gaze, and a resonant alto speaking voice. You could hear the mixture of crisp and precise British-influenced English that would have been expected of schoolteachers of Teacher Kate’s generation, born before World War I, in a corner of Amazonia and at the edge of the British Empire. You could also hear the rhythms of Caribbean creole speech, reflecting Guyana’s cultural legacy of majority populations descended from enslaved Africans and indentured folk from the Indian subcontinent and China, among others. Teacher Kate’s work in classrooms with children began before 1930 as a pupil-teacher, a form of teaching apprenticeship of young teenagers that was regularly practiced in the English-speaking Caribbean, in the early decades of the twentieth century.

“Write your name, for me, please.” It was a directive, an invitation, and a question all rolled into one as we gathered around my aunt’s dining table. This was the late 1970s, pre-Internet, and I was in my early teens and already in high school. At that point, I had attended school for almost a decade split between Antigua and Canada, having spent my infancy in England, the country of my birth, as a child of the Windrush migration. The late 1970s was a magical transitional time in Black musical cultures as it was the era of the earliest commercial hip hop recordings, disco, funk, and R n’ B. We also listened to reggae, dancehall, calypso, and soca, Caribbean popular musical genres as well, new wave, punk and pop and rock n’ roll on AM and FM radio—our musical choices reflecting our transnational existence between recent Caribbean memories, the larger social context of a rapidly changing Canadian cultural landscape, contemporary Black Toronto realities in the Caribbean diaspora with close sonic and familial ties to major urban centres in the US and England to which Caribbean people had migrated. My friends and I emulated the look of the Pointer Sisters, The Emotions, or women lead vocalists in Chic. In our stylistic ambitions, we existed on a continuum of retro 1940s, church, and our imagined Studio 54. Our looks were achieved through making our own clothes with Simplicity and Butterick patterns, and reworking and mending heavily discounted seconds (discarded mass-produced clothing with what we considered minor and correctible mistakes like crooked seams and missing buttons) purchased cheaply in the garment district in downtown Toronto. That day I wore a belted, light beige, cap-sleeved dress in a shimmery fabric. My hair was still natural, a few years away from its 1980s curly perm, and picked out into a ‘fro. This was the late 1970s and in Black diasporic girl stylistic cultures in my corner of Toronto afros, cornrows, and other natural styles still reigned supreme with the occasional hot comb pressed straight styles for special occasions. I wondered why Teacher Kate would want me to write my name as an introduction to who I was as a student and her granddaughter. Why not ask me to read out loud or to recite memorized passages of poetry, bible verses, or dramatic plays? I had already had lots of practice in public speaking at school and in church, in Canada, where my first recitation was Langston Hughes’ poem “Freedom.” I remembered the church assembly in the Jamaican Pentecostal congregation that met in the basement of a mainstream Protestant church in our Toronto neighbourhood, now called Little Jamaica. We were Anglicans but my mother insisted that we go to the church down the road and around the corner from our house that we could reach without crossing a major intersection, and where our friends from school, recently arrived kids from the Caribbean, also went to church. 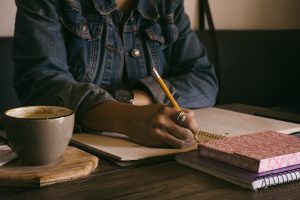 “Write your name for me, please.” So, I picked up the pen and I wrote my first name in cursive and print. “Write your whole name.” I wrote my first and last name. My grandmother inspected my writing and complimented it while also giving some pointers to improve the cursive. “Write it larger,” she said. I wrote my name several times and each time I did so with more confidence than earlier versions. Now, I wrote my name every day in school on assignments and had done so for years. My friends and I even practiced our autographs. I had written my name years ago in my British passport as an elementary school student. This occasion, however, felt different. In the analog world of the late 1970s, just a few years before the launch of the digital age, my grandmother was inviting me to come to the table of knowledge, to take up space, and to write myself into the narrative in my own hand, boldly and confidently and with style. Words mattered. I got it. I created my signature in that moment with its large cursive letters. Teacher Kate lived for over three decades after that night, in total just over a hundred years. By the late 1970s she had already taught several generations doing the hard work in the post-slavery and British colonial era of the first half of the twentieth century of teaching literacy. Many had entered Guyana and other Caribbean territories as transports of empire through the forced migrations of the slave trade and indentureship, without signature—perhaps an “x,” or even a thumbprint for the latter. I was only Teacher Kate’s student for that one evening but I learned a crucial lesson of accepting the invitation to take my place and to write my name and write myself into being.

Photo by Kat Stokes on Unsplash

About Carol B. Duncan