Home > Resources > Blog > Re/Kindling Creativity and Imagination > Part 2: Art as the Pivot Art in the Classroom
Selected Items Select an item by clicking its checkbox
Actions for selected results:
Sign-up to receive email alerts when new blogs are posted Read our Blog Series List of  Bloggers 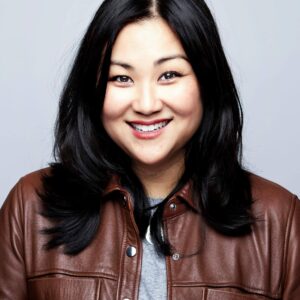 Part 2: Art as the Pivot Art in the Classroom

During the past year and a half of the pandemic, the uprisings for racial justice, the continued fight for LGBTQIATS justice, the struggle for the rights of immigrants, and the global impact of climate change, I discovered an urgency in myself to create and to grow things as a way to resist and refuse the death dealing all around us. The realization of so many lives lost, generations cut off, and futures extinguished weighed heavier each day. As a coping mechanism, I feverishly planted things in my garden, from herbs to vegetables, and grew green things in my home. I willed each and every plant to thrive and flourish, even as I felt rage and, at times, despair about the state of the world. I wondered if others felt the same. If colleagues and students felt weary, depleted by the constant weight of white supremacy pressing down on every inch of our lives. I started asking myself if what I was teaching even mattered anymore. Did what I was assigning students to read and write speak back to the now? Did the topics we were discussing speak truth and do the work of witnessing the rage and anguish of the past and present? Did my lectures also speak into the creation and necessary intentionality of embodied joy as an act of refusing oppression in our lives? Did the classes I designed speak into the flourishing futures we were trying to co-create?

Here’s the pivot. Once our institution was entirely online and I realized that as educators, we had collectively reached a level of exhaustion and depletion that would continue into the future, I craved bringing the practice of creation and spirituality back into the classroom in a tangible way. I wanted to bring back the spiritual practice that art had been in my life. In sum, not only the act of creating a piece of art, but the process that undergirds that creation. The work and discipline of noticing the big and small things in daily life and in the world as a response to so much death—death meted out by white supremacy, anti-Black racism, anti-Asian violence, heteronormativity, bigotry, and ableism, to name just some of what we were are living through.

I was also sick of words. Words can be full, but they can also be rather empty. People asking, “Hi, how are you?” without actually wanting to know. Sometimes there are things you feel, things you know, things that are ancestrally grounded in you that are unspeakable because they are so real and so incredibly meaningful. Sorrows and joys too deep to speak about in any coherent or fulsome way that an outsider could understand. There are things we experience that can’t and won’t be spoken about on demand. The days that we were living in felt heavy in this way: there weren’t enough words to carry the weight of it all. I began to wonder if there was a different way to teach and participate in the expression of community and lived experiences without centering words, to instead allow the unspeakable things within to guide us in a semester-long online class.

I invited Rev. Darci Jaret, a local artist and theologian in Atlanta, to teach with me and we started working on creating our dream classroom. A space where students might use visual art to think theologically about art as a spiritual practice and a necessity for doing ministry and pastoral care in today’s world. As part of planning for this course, now dubbed, Spirituality and the Arts, we decided there would be no graded written work and instead we would focus our time on accountability through shared process and artwork. Students would create six pieces of visual art which moved from their personal journey to their theological understanding of the Divine presence, to pieces inspired by artists like Gabriel Garcia Roman’s Queer Icon series and Alvin Ailey’s Revelations. We would paint, sketch, and sculpt. The pieces were connected to one another, spiraling out from self, back to community and the world, and back to the self. The final project would be a gift and blessing for another student in the class, a sending back into the world equipped to mend through a deeper appreciation of how the practice of making and praying through making changes our thinking, our theologies, and how we embody ourselves in the world.

A major shift we made for this class was to let go of weekly assignments. We would take space and time for each piece of art. Instead of having pieces due each week, we gave students two full weeks to complete each piece. They were asked to manage the time as they saw fit but to remain accountable to sharing their process with the group. Each week, students were given relevant material to read and watch, ranging from scholarship on spirituality and pastoral care through art to watching documentaries about the decolonization of societies and neighborhoods through art making. We thought of the scholarly material for each week as a place for grounding and growing inspiration, raising significant questions, and challenging bias. Art and creativity do not occur or appear on demand but like any living thing, are nurtured into being through acknowledgement, trying this or that, and deep contemplation of what we encounter in the world, in ourselves, and in others. We encouraged our artists to think about and wrestle with the course material and provide video updates on their process at the end of the first week of each project. We asked them to cheer one another on as some projects were easier or more difficult for people depending on what was being worked out through each piece. We often repeated that is ok to just read and think, and to start and start over. The only thing to submit for a grade was the piece of art at the end of each two-week period. Everything that occurred up to that point was part of the practice of learning to be in community through accountable process.

Christine J. Hong is Associate Professor of Educational Ministry and the Director of the Doctor of Educational Ministry Program at Columbia Theological Seminary in Decatur, GA. Her research includes anti-colonial and decolonial approaches to religious and interreligious education. Hong’s research interests also include Asian American spiritualties, and the spiritual and theological formation of children and adolescents among people of color communities. Hong is ordained in the Presbyterian Church (U.S.A.) and has spent time as both as a religious educator and youth and young adult minister in New York and Southern California. She is the author of two monographs, the first is, Youth, Identity, and Gender in the Korean American Church, published by Palgrave, and the second, Decolonial Futures: Intercultural and Interreligious Intelligence for Theological Education from Lexington Press. Hong is also the current Steering Committee Chair of the Association for Asian/North American Theological Educators, serves as a faculty mentor at the Louisville Institute for doctoral fellows, and is a committee member for the Women of Color in Scholarship and Teaching Unit at the AAR.
Univ. of Washington, BA; Princeton Theological Seminary, ThM and MDiv; Claremont School of Theology, PhD