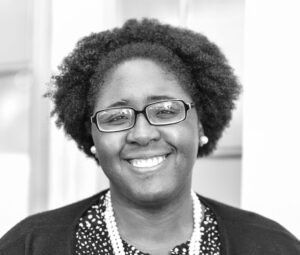 WHAT DIVERSITY IS DOING

If you are on the underside of it—on the wrong end of the seeming hospitable invitation—you are likely surviving diversity.

Diversity is hardly a cordial experience. It is tolerated, lived through—sometimes agonizingly. To understand this sentiment, we must center the recipient of such an invitation—the one whose presence is absent and thus summoned to right the longstanding wrong of a monochromatic existence, institutional or otherwise.

Minorities of all stripes know the damaging diversity dynamic all too well. A majority community’s desire for minoritized presence, voice, stories, or sharing of experience is merely ornament to the core of a preexisting context. The desire for diversity is not organic, but reactive. To process one’s being desired as an afterthought is frustrating at best. And it is so because diversity veils the reality that so many name without truly naming it at all: we all need each other.

We all need each other.

In many cases, the marginal person needs basic human recognition from the majority community because, whether or not they want it to, this recognition and basic respectful treatment means something to them. Marginalized people do not want to feel like additions to an environment already established, adornment on the exterior of a vocalized ambition to be “diverse.”

“Needing the other” is present in both camps. These deep-seated feelings of desire are genuine, complex, and even serpentine. Surviving another’s moral mission in order to conjure your existence in this world is a twisted venture.

These desires are coded, tortuous, and agenda-ed, but I wonder if they are brave, for I believe that to broach a diversity conversation honestly, we need brave people.

Brave people not only recognize that an imbalanced practice of desire is at work in diversity work, but they ask why: why do we need each other?

They ask the hard questions and expect real answers. And when they don’t get them, they are not afraid to tell it like it is: we need each other because power structures and systems have designed social life in such a way that one group’s need is material and the other’s need is moral.

Brave people ask how the moral and material are entangled—how one’s goodness is tied to another’s corporality, how right moral standing to one is signaled in basic human recognition of another. (The answer is connected to the religious, but that’s for another conversation.)

Brave people see the connections others simply cannot acknowledge or refuse to acknowledge, for they are a little too close to the foundation of the life they’ve worked so hard to build.

Brave people in the academy upon hearing the question, “How do we begin to tackle diversity in the classroom?” respond that it is the wrong question.

They answer slowly explaining that it only is so because we have not even figured out how to acknowledge what the term “diversity” alone might do in people of the institution, students, staff, and faculty alike.

Diversity in the classroom, they answer, begins with the teacher, a representative of the institution. What the teacher feels, what they emote, is what the students will feel.

Look at the teacher; there is information there.

Do not look away: what is happening within the teachers reflects what lives inside the institution.

Brave people ask: what is inside the institution?

To be clear: brave people can come from either group – more likely the diverse persons diversely “hosted” and not the majority persons “hosting” diversity—but they distinguish themselves by taking their line of questioning a step further than naming “what is.” They risk their voices to ask why what is has continued to exist, what it is propping up. Then they ask if we need that structure at all to live well in this world.

Other brave people will say no, we do not this structure. Fearful people wearing brave people’s attire will worry about how to exist in this world without some kind of structure in place. Though they want to call themselves brave by agreeing diversity the right thing, their bravery is a mask.

Since diversity is survived, we in the academy, especially the theological academy, need brave people. We need to empower them with influence like presidencies, deanships, VP positions, majority board demographics, abundant resources, and decision-making abilities. We need to let them live in a structure different than the conditions that warrant diversity in the first place. We need to take a step back (for several years—probably for decades or centuries) and see what magic their bravery can conjure.

Maybe, then, we can be magic, too.

Oluwatomisin Oredein is an Assistant Professor of Black Religious Traditions and Constructive Theology and Ethics and the Director of Black Church Studies at Brite Divinity School in Fort Worth, TX. Her scholastic work engages creative articulations of African feminist, womanist, postcolonial, and black theologies with particular attention to women's voices within the African diaspora.