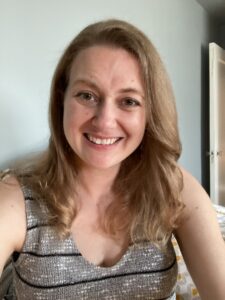 Problem and Project Based Learning in the Digital Information Age

Education prepares learners for a world that educators cannot possibly anticipate. This has been true for longer than most educators would like to admit but it is even more the case today. Learners are viscerally aware that they inhabit a rapidly shifting landscape that calls the relevance of our courses and institutions into question. These shifts have become all the more dramatic and unpredictable in the last few years since the onset of the COVID-19 pandemic.

The relevance of education in theology and religion is made even more precarious when we present ourselves as a—or even “the”—source of information. To be a source of information is superfluous in the digital information age. Content is googleable. Students have a boundless source of information at their fingertips should they seek it. They are in urgent need of something more important and less accessible: the skill set to critically assess and creatively apply that information while remaining curious for more.

When my children first started school, this was the kind of education I wanted for them: a student-driven, experiential education in 21st Century Skills that would take their voice and agency seriously. I found it in classrooms practicing Problem and Project Based Learning (PBL), an approach to teaching and learning that has long been used in medical and engineering schools and that is increasingly present in elementary and secondary contexts. PBL confronts learners with real life complex problems, asking them to seek out and apply the necessary skills and information to address them. In that way, the course content becomes the means rather than the goal, resulting in increased relevance and retention. The learner is implicitly formed, not by receiving the content but by creatively applying it towards a concrete result. This formation takes the learner’s knowledge and experience seriously and encourages them to utilize it so that they can do the same in whatever landscape they inhabit or enter. What better approach, I thought, for teaching and learning in theological education and religious studies.

I began experimenting with what a PBL classroom would look like in an introductory religious education course in the spring semester of 2020. With trepidation, I began with a sparsely populated syllabus that provided structure and a set of broadly applicable readings, but left time for students to collaborate in small groups around the problems that were most important to them as I circulated, supporting them in seeking out the necessary content to address the problems about which they were most passionate. One group focused on creating Brave Spaces while others wanted to consider how to nurture spirituality in the classroom or apply what they had read about multiple intelligences. Our end goal was not a group presentation of research on the topic; they were to teach the class by doing, not talking about, what they had been working on collaboratively. In the final classes before spring break, they took leadership of the classroom to work toward Brave Space, nurturing spirituality, and engaging multiple intelligences. We planned to return in two weeks to begin a second set of projects focused on formation through experiences outside of classrooms.

It was fortunate that we had completed those first projects when we did. When we returned to class, we did so on Zoom. After a lengthy check-in it was apparent that every learner in the virtual space had an urgent real-life complex problem to address in religious education and it was the same problem I had: how could we teach if we couldn’t meet in person? We chucked the entire second half of the syllabus. We spent the next several weeks being and finding resources for one another. Each learner’s problem became not just real-life and complex but took on the specificity of their context so that their ways of addressing them were as varied as the communities they served. They took seriously that they were the content experts in their own contexts. I rewrote the rubric for the final project. At the end of the semester each individual instead of each group took on leadership of our virtual classroom so that we could share in a peer-led online learning activity. My goal had been for them to learn about teaching by doing it; in the process we became a community of learners.

In the two years since that first semester when PBL went from theoretical to urgent I have continued to adjust my approach so that I gradually hand over the leadership of the (now multiplatform) classroom. The pernicious prevalence of the PowerPoint presentation motivated me to model experiential teaching and learning in a variety of forms at the beginning of the semester before asking everyone else to do the same. When asked to teach asynchronously, it became clear that I would also need to model experiential asynchronous teaching so that I could ask learners to teach one another asynchronously. Instead of weekly interactive class meetings, I listed a different interactive asynchronous learning activity engaging each unit’s content at the outset then asked all enrolled to do the same for their own passion projects and assess one another’s learning activities in conversation on the discussion board.

It takes courage and humility to move from a content-centered course to a PBL classroom. I love my content. Every reading I am accustomed to assigning feels urgent, as if I cannot send learners out into the world unless they are equipped with it. But the real-world complex problem I am living with is that I am not sending them out at all; they are already living into a world that is shifting under their feet and the ability to creatively shift with it is far more urgent than anything I could ever assign. Interestingly enough, they end up discovering that they need the content along the way and cherish it all the more for having made that discovery themselves.

Laurel Koepf is Associate Professor of Hebrew Bible and Christian Education at Eden Theological Seminary and the author of Give Me Children or I Shall Die: Children and Communal Survival in Biblical Literature. She is a proponent of compassionate and creative teaching and enjoys making learning student-driven and multisensory for all ages. Laurel sees the future of Theological Education in the ability to pivot toward the 21st Century skills that will support religious leaders through unimaginable change.