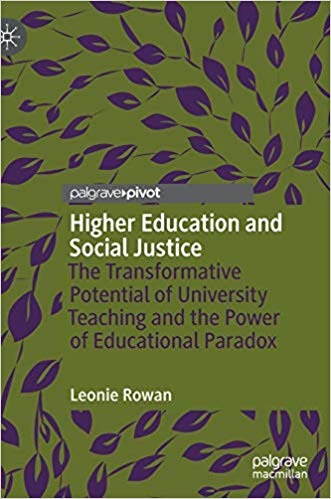 Higher Education and Social Justice: The Transformative Potential of University Teaching and the Power of Educational Paradox

At a recent workshop on “Diversity, Civility, and the Liberal Arts,” I found myself in the company of faculty and staff teams from small colleges and universities around the United States who find themselves, like Leonie Rowan, “motivated by a desire to create university contexts in which diverse learners feel themselves to be included, valued, and safe” (1). This desire names the telos, or end, towards which critical, liberative pedagogy aims – ...

At a recent workshop on “Diversity, Civility, and the Liberal Arts,” I found myself in the company of faculty and staff teams from small colleges and universities around the United States who find themselves, like Leonie Rowan, “motivated by a desire to create university contexts in which diverse learners feel themselves to be included, valued, and safe” (1). This desire names the telos, or end, towards which critical, liberative pedagogy aims – freedom. Unlike the Aristotlean defense of the liberal arts as education suitable for free persons (read: male, property-owning citizens), Rowan’s notion of freedom extends to all learners, especially those whose participation in higher education has been constrained by the unjust dynamics of the sociohistorical contexts in which they happen to be born. Rowan argues that education can be transformational when the decision-making processes in higher education – from curriculum and syllabus design to admissions policies and the student support portfolio – begin with the question: “For whose freedom – in whose interests – do we, now, labor?” (4). It is an important question that suggests that not all student-centric approaches lead to models of student-as-customer and higher education as a private good.

For readers who have followed debates about diversity and inclusion in higher education since at least the 1990s, the terrain Rowan is covering and the companions along the way will likely be familiar – notably, the relationship centered, liberative philosophies of Paulo Freire, bell hooks, and Parker Palmer. Like many social currents today, it is difficult to avoid a sense of déjà vu when reading about education and “its fundamentally constructed and negotiated nature” (16) and the need for academics to embrace “the idea that language is a site of struggle” (18). The key move Rowan makes is the attempt to get underneath these now familiar discursive moves in order to understand “what it actually, really, feels like to study within a university classroom” (15). In so doing, she sides with social justice theorists like Nancy Fraser whose notion of participative parity juxtaposes classical questions of social justice as distributive justice with questions related to recognition and representation: “do people have the opportunity to participate in an environment on an equal footing” (14)?

The middle chapters demonstrate how pedagogical decisions that flow from notions like participative parity have the potential to transform student engagement. Empirical evidence for this potential is drawn largely from Rowan’s own classroom experience educating future teachers from diverse backgrounds in an Australian university. The data sets consist of student course and instructor evaluations as well as brief “doorstop” interviews with students, most of which confirm what she highlights in the scholarly literature about student engagement and diverse learners. These chapters would, in the end, make much better stand-alone scholarship of teaching and learning articles, offering insights from her own successes and failures to create the type of classroom space she desires. In a telling example of the challenges of actualizing this type of space from chapter four – for me, the strongest section of the book – Rowan describes what she refers to as “one of the most appalling lessons I have ever taught” (115). She acknowledges that in her attempt to empower diverse learners with a lens for critically interpreting past discrimination against First Nations people, she inadvertently opened the door to “inappropriate and offensive language.” The effect was immediate: the goal of a charged but hospitable environment (one of Palmer’s educational paradoxes) devolved into something “destructive and frightening.” Despite her extensive background and skills as a facilitator of difficult dialogues, she acknowledges that this episode created fissures in the class that could not be overcome – indeed, “several of the participants never returned to the class again” (115).

What is most striking about this example in the context of her overall argument is the short shrift she gives it. Offered under the heading “A Summary and a Pause,” she relates this anecdote in the space of a page or two, as a kind of aside. Yet, for me, this anecdote is at the heart of her project, illustrative of the pitfalls of liberative pedagogies that fail to adequately acknowledge the priority of her other pedagogical concern: relationships. She concludes the anecdote with an apology to all the students involved, and in this gesture – as well as the telling of the anecdote itself – Rowan reveals herself to be the kind of caring, reflective, intentional pedagogue needed to hold educational paradoxes in creative tension and to resist conflating “giving students an opportunity to have their individual voices” and “anything goes” (116). Yet, the reader is left wondering what she would do differently next time? The evidence she has gathered from years of student evaluations and the practical wisdom she has accumulated teaching these topics semester after semester surely has something important to say about how this might be handled, whether in forms of restorative practice for that particular class or decisions she made the next time to create a more “sufficiently hospitable” (116) environment before introducing similar content. Given her primary data sets for the rest of her argument, it may also have been instructive to hear how students processed that experience in their evaluations.

This particular example points to a challenge that has become more acute in recent years as attempts to create participative parity in college classrooms and curriculum have sparked various forms of resistance by those who perceive this type of parity as a threat. While Rowan acknowledges this challenge, the lack of engagement with recent scholarship on concepts like white fragility risks limiting the liberative early insights of luminaries like hooks, Freire, and Palmer. Emerging research on best practices for engaging straight white males as social justice allies on college campuses reveals something about the educational paradox faculty face when introducing issues of social justice in their classrooms – environments that help some diverse learners feel valued and safe may have the opposite effect on other diverse learners (e.g., Vianden 2018). Rowan alludes to this paradox when she coins the term “furiety,” which she refers to as an approach that recognizes, on the one hand, multiple dimensions of diversity including individual differences within traditional categories (e.g., race) and, on the other hand, “a commitment to intellectually charged activities approached through pedagogical variety” (87). Furiety opens a way into a deeper analysis of the example above. More importantly, for those of us who struggle daily to live into the question “For whose freedom – in whose interests – do we, now, labor,” Rowan’s further development of the term may encourage us to respond with greater integrity: “All of my students.”

Justice is one of those ideas that has captured our imaginations for generation upon generation; yet it is still a contested notion. Collectively, systemic racism, sexism, classism, homophobia, white supremacy, and a judicial system that is lenient on “white collar/white male” crime, while vengeful upon the poor and minoritized ...

The Pedagogical Failure Of Eurocentric Methodologies

I am convinced that all eurocentric philosophical thought and movements – yes all – are oppressive to those who come from colonized spaces. When I contemplate every philosophical contribution made by the so-called Age of Enlightenment, it becomes obvious that the French Revolution’s battle cry for Liberté, Egalité, Fraternité was never ...

The car service arrived at my house. I grabbed my purse, suitcase, and briefcase and hurried out the door making sure it was locked behind me. As scheduled, we stopped to pick up a colleague who was also attending the conference in Toronto, Canada. Driving east on Highway 78 and almost ... 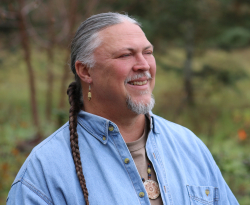 Allow me to be honest. There are few things in my job that I dislike more than having a conversation with someone who is feigning objectivity or neutrality. I call it academic pretense. I cherish conversations when people speak from their hearts, even if I disagree with them. This holds ...