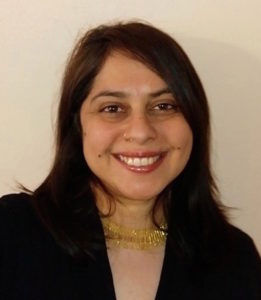 In a previous blog post, I sounded an optimistic note about the believing educational community that engages profoundly with various streams of the religious tradition – in my case, the Muslim tradition. As I contemplate a valuable piece by SherAli Tareen on the potential issues with which we regard as critical secular pedagogy, I anticipate some of the pedagogical decisions I will make this semester.

I teach at the American Islamic College, one of only two Islamic liberal arts colleges in the United States. This generates a unique and continuing set of pedagogical and disciplinary questions for me - questions that I do not usually find reflected in my colleagues’ pedagogical concerns regarding the teaching of Islam in the academy.

My feelings of - shall we say, comfort – in teaching Islam to mostly Muslim students are tempered by practical pedagogical concerns as I am a Muslim, female professor who teaches gender at a Muslim college in the United States.

Apart from the study of religion, classroom spaces in general can be battlegrounds for identities. A dash of critical distance can be a useful addition to the red-hot dynamics in classroom discussions.

I nervously anticipate certain pedagogical situations in Muslim-majority learning settings as my own, as well as in mainstream academia, where critical distance is my go-to approach. Most of my Muslim students are eager to understand diverse perspectives on religious issues, and have been astoundingly eager to broaden their horizons, even to the point of intellectual discomfort. Still, I have learned to expect the Guerilla Student. He (usually) does not form a majority in my classes. But when he makes an appearance, he steps into the academic fray, brandishing a Qur'anic verse, intent upon shutting down any "wayward" discourse. As the class community contemplates various religious perspectives on Muslim politics, this student brings in And be not disunited (Qur’an 3:103). The discussion quickly falls flat, everyone hangs their heads piously, as if to contemplate the frivolity of human words before the Word, and that is that. Or the Guerilla Student lobs a Prophet tradition into the controversy, and the hadith instantly establishes a literalistic, atomistic framework over the intellectual community - a framework that allows for a singular one-dimensional view of religion, and therefore, shuts down discussion as unnecessary or even reprehensible. A young fervent woman might react negatively to the complexification of a religious problem, demanding a simple response to her “Well, should I do it or not?”

In other words, says the Guerilla Student, let's just shut our books and our mouths, and retire to our corners and recite Qur'an. Not that I haven't frequently been tempted to do the same, because ambiguity isn't exactly soothing.

In anticipation of the Guerrilla Student, I set up a classroom community where, most importantly, students must engage with the required readings in all discussions. No one can simply show up without doing any of the work and, swaggering, simply toss the grenades of Scriptural texts amidst the group. Anyone who hasn’t done the reading will be reminded that entrance to discussion is guarded by the test of academic work. I explicitly state in my syllabus: "You must develop the analytic habit of considering various perspectives, including opposing ones." This is troubling to the student who regards feminist interrogations of the Qur’an as disrespectful and impious. To some, these readings are not worshipful. For students who study Islam to seek piety rather than profound understanding, this is a distraction. For some Muslim students, a Gender course would be better served by Maudoodi’s Purdah and the Status of Women in Islam rather than Kecia Ali’s Sexual Ethics in Islam.

I add, in my syllabus, "In this academic setting, all claims and opinions must be supported by scholarly evidence and reasoning." In these words, I establish that the setting was an academic one, and not a religious one. To some students, this is disappointing. To me, as a religious Muslim academic, it’s not entirely truthful. I do regard academic Islam as worship. Moreover, the evidence expected is human scholarship. This establishes the importance of interpretation. To the believer who sees his or her interpretations as self-evidently true, this is blasphemous.

When I classify my classroom as an academic one, I clarify that no one may come in with their credentials as local imam and become the lecturer here. In terms of my role as facilitator and my authority as course instructor, a religious educational setting is dangerously democratic. A religious classroom demands clerical or seminary/madrasa credentials; with my Ph.D., I am not appropriately appareled. Any public preachers, study-circle leaders or madrasa-trained males could always turn up their noses at my Western academic credentials.

And then there is patriarchy.

As a woman - of color (and of short stature) - my pedagogic authority is always at risk in all classrooms. Most of my Muslim students bring a deeply Islamic affectionate respect to my teaching. In fact, my Muslim students at AIC humanize and respect me in a way that, in my previous teaching experience, many of my White students never did. I cannot express how deeply refreshing this teacher-student relationship is, in contrast to the experiences I had before.

But there has been the occasional male student - especially when I taught Islam & Gender - who finds the dynamic in my class intolerable. At times, such a student drops the class, but not before lobbing the Scriptural grenades and disrupting the analytic discussion. If he simply evades the readings, he succeeds in getting by in a disturbingly water-off-a-duck’s-back manner. A student committed to patriarchy could not stomach the idea of a female professor who taught Amina Wadud and Leila Ahmed - or a female professor who gave out C's.

When Islam is used as a patriarchal stick to establish the authority of literalism, or Islamism, or Traditionalism, or sexism, critical distance in pedagogy can be a handy shield.

When the literalistic, patriarchal, hegemonic interpretations are brandished in my classroom, I do sometimes brandish certain critical secular tools. "We cannot throw out ayaat or ahadith as responses to a question. You can bring your readings of those sources to the discussion, but they are readings. You cannot use the Qur'an to shut everyone up.” "But," sputters a certain kind of student, “It should shut everyone up.”

This critical distance and interpretive freedom is widely regarded as critical secular pedagogy. But it is not just that. To me, as a Muslim professor, it is also an internal Muslim tool to safeguard the right to ikhtilaf (difference of opinion).

But when I embrace this tool of critical distance as an Islamic one, there is always the danger that we commence the battle of my-source-trumps-yours. Appeals to religious authority in religious settings can close debate.

I respect and value the sources, but there is a danger in how they are deployed by my interlocutors. The problem isn’t the Qur’anic verse being lobbed by the student. In such pedagogical encounters, I’m at the mercy of the Guerilla Students. I’m hostage to the personality of the discussant at risk, to his conception of adab (etiquette) in Islamic education.

Any pedagogical approach must necessarily be multi-faceted and respectful of its context. As a Muslim professor of Islamic Studies, I combine a believer's loving commitment with an explorer's dedication to the journey. I ask my students to bring the same intrepid commitment to this path. No woman or man will be allowed to blow up the trail. I'll deploy any tools necessary to protect the trail. Critical distance is one of those tools.

Shabana Mir is Associate Professor of Anthropology and General Education Coordinator at American Islamic College, Chicago where she teaches Islamic Studies, Gender Studies, and Research Methods. She is the author of the award-winning book Muslim American Women on Campus: Undergraduate Social Life and Identity, published by the University of North Carolina Press (2014). The book has received the Outstanding Book Award from the National Association for Ethnic Studies and the Critics’ Choice Award from the American Educational Studies Association (2014). Shabana taught at Millikin University, University of Southern California online, Oklahoma State University, Indiana University, Eastern Illinois University, and the International Islamic University (Islamabad). She received the Outstanding Dissertation Award for her doctoral dissertation from the American Anthropological Association’s Council on Anthropology and Education (2006). She conducted ethnographic fieldwork in the Washington, DC area, as Visiting Researcher at the Center for Muslim-Christian Understanding, Georgetown University. She also has an M.A. in English Literature from Punjab University, Pakistan and an M.Phil. in Education from Cambridge University (U.K.).
Dr. Mir has lived, studied, and taught in the United States, the United Kingdom, and Pakistan. She has worked as curriculum designer, residence hall director, retreat leader, feminist troublemaker, faculty development expert, and research consultant in a variety of settings. Shabana has written academic chapters, journal articles, children’s literature, a blog, and, of course, her book. She is an international public speaker on gender, religion, education, and politics.