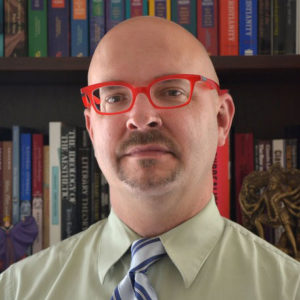 When I was invited to participate in this blog series, I was preparing to teach, for the first time, a course on the Catholic sex abuse crisis. I had wanted to teach the course for quite some time but was held back both by my sense of not understanding adequately the massive amount of material that comprised the crisis and my anxieties about how this material might impact students. What about students who were survivors of sexual violence? What about students who understood themselves as faithful Catholics? Or who had left the Church angry and bitter? What about students—and this is particularly relevant to my geographical context—who were suspicious of Catholics as an exotic, mysterious, pseudo-Christian sect?

I taught the class. I had students who identified with each of these subject positions. Neither their written work nor their in-class participation nor our informal one-on-one conversations contained any evidence that they were unduly troubled by the materials or unable to grasp with the questions they raised. In fact, it was our collective sense of inadequacy as we grappled with the enormity and complexity of what we were trying to interpret that left us feeling overwhelmed. But, as those who go to the gym more than I do—which wouldn’t take a lot—would say, it was a good kind of pain.

This semester, as I am writing my contributions to this blog series, I am teaching, for the sixth time, a course focused on Jesus films. This is one of my bread-and-butter courses. It is popular with students and it works like a well-oiled machine. The films require us to grapple with questions about gender, race, sexuality, ethnicity, and violence, but I have never paused to worry that the course might run the risk of traumatizing my students. (Although the level of brutality in Mel Gibson’s The Passion of the Christ comes awfully close.) Given my experience over the years of teaching this course, however, I should know better.

A few weeks ago, I got an email from a student who self-identified as a fundamentalist Christian, as someone who had been taught that the Bible was inerrant, literally true, and harmonious. The comparative, rhetorical analysis of the gospels that comprises the first few weeks of this course were challenging him in profound and unsettling ways. He was having to grapple with the idea—and the evidence—that the Bible did not speak with a uniform voice and that it may, in fact, contain tensions that simply could not be reconciled. This student was seeking out a conversation. Since I grew up in a very similar religious context, I am able to talk about these types of concerns, without undermining the perspective of the course. As I tell all of my students, they can enter and leave my class thinking that the Bible is the inerrant, infallible word of God, but they will have to grapple with the fact that we only have access to that word in a complex, rhetorically sophisticated document with multiple perspectives on who Jesus is and why he matters.

Every semester I’ve taught this course, I’ve had at least one student with these concerns. Sometimes several. Some have sought out conversation. Some have worked through their concerns in assignments. Some have probably dropped the course—or just kept their worries under wraps. Some have been more open; others have been more hostile. Some have clung to an apologetic task; some have offered to pray for me. Some have the greatest trouble when we talk about the Bible; others face their Waterloo as we start talking about the films. Still, others find the greatest challenge when we review the history of American Christianity.

My experience with this class reminds me that what we, as scholars of religion and theology, take as our baseline—that religious ideas, texts, and practices have a history, that they have been subjected to a variety of interpretations, that they have ugly legacies, that they vary by time and place—is a profoundly disturbing perspective to some people. Just as we have come to realize that “objectivity” is never truly neutral and that “secularity” entails a normative vision, we also need to grapple with the fact that the foundational moves of the academic study of religion and theology might be the most traumatic dimension of our courses for some of our students.

Kent L. Brintnall is an associate professor in the Department of Religious Studies and affiliate faculty in Women's & Gender Studies at the University of North Carolina at Charlotte. His teaching and research focuses on gender and sexuality, queer theory, psychoanalysis and critical theory.  He also very much enjoys teaching a course on Jesus films.  He is the author of Ecce Homo: The Male-Body-in-Pain as Redemptive Figure (Chicago, 2011) and co-editor of Sexual Disorientations: Queer Affects, Temporalities, Theologies (Fordham, 2017) and Negative Ecstasies: Georges Bataille and the Study of Religion (Fordham, 2015).  He is currently working on a monograph exploring questions of constitutive violence relying on the work of Leo Bersani, Jean Laplanche, Lee Edelman, and Georges Bataille and a co-edited volume on the relevance of Lee Edelman's work for the study of religion.  In his spare time, he watches far too many CW shows and attempts to keep his dogs, Dino and Bertha, happy.