Higher education is a by-the-book, highly structured reality. From syllabus design (written for students as well as for administrators) to navigating the tenure track process; from classroom lesson planning to student assessments; as well as the preconceived even contrived ways articles and books are selected for publication – those of us ...

This book is about preparing for a future already dawning on North American college campuses, a future belonging to “New Majority” (NM) students. Ross describes NM students as Latino/a, African-American, Southeast Asian, Pacific Islander, first generation, and low income. Evidence of NM students is statistically demonstrable, as with the 50% rise of Pell Grant applicants between 2002-13. Demographic surges suggest a “majority-minority” U.S. by 2050. These students often have an ...

This book is about preparing for a future already dawning on North American college campuses, a future belonging to “New Majority” (NM) students. Ross describes NM students as Latino/a, African-American, Southeast Asian, Pacific Islander, first generation, and low income. Evidence of NM students is statistically demonstrable, as with the 50% rise of Pell Grant applicants between 2002-13. Demographic surges suggest a “majority-minority” U.S. by 2050. These students often have an educational disadvantage, met in some places with "bridge programs" or other efforts to bolster their success. But is more needed? Are faculty aware and equipped enough to serve NM students, or will faculty continue to be befuddled when students do not speak up in class or react to assignments and grades in unexpected ways? This book addresses these issues by introducing professors to NM students so that they can better understand the cultural cues and expectations these students bring.

Part I, "Strategies for Engagement," assesses ways of keeping students engaged, but with special attention to issues NM students face. Chapters begin with classroom vignettes that set up the problem the chapter addresses. Students may disengage because of “stereotype threat,” a socio-psychological phenomenon described in chapter four. Professors best confront this stereotype by bolstering self-confidence while pushing students to engage subject matter more deeply. Students are reluctant to ask questions in class not because they are uninterested, but because they fear sounding ignorant or come with cultural traditions of deference that discourage public questioning. This mismatch of expectations between teacher and students can be confronted through strategies presented in chapter five.

Taken for granted as a privileged space with its own practices, the college classroom is strange new territory for NM students. Six chapters in parts II and III introduce strategies that build inclusion and confidence. For instance, NM students benefit from classroom cultures built around interdependence and teamwork rather than individual achievement, which can be perceived as selfish and disloyal in some minority communities. Journaling is another strategy that invites NM students to deeper reflection on a subject and builds connection with the instructor. It helps to overcome the assumption that learning is simply mastery of information delivered through lectures, as opposed to personal discovery and evaluation.

Journaling is an important ingredient in the wider purpose of creating leaders for minority communities who produce personal observations, share insights, and opinions with confidence, contributions which are valuable not only for minority communities but also for the wider society in which they will participate. NM students will graduate and enter a workforce where they will continue to face debilitating stereotypes (the final chapter’s opening vignette is about Gabriela, a Latina architecture student who faced negative stereotyping on her first day). College classrooms should be spaces of empowerment for these students so they can begin building a professional identity during their educational experience. Professors can facilitate this with frank discussions of stereotypes NM students will face, by sharing stories of role models, and by cultivating good practices in communication and self-presentation.

This book will sensitize faculty to the needs of this growing part of the student body. However, much of the information is applicable to students from all backgrounds, and will improve college teaching for all involved.

The Dean's Demise: Sexual Harassment in a Divinity School


The Dean’s Demise offers a disturbing reminder that seminaries and the church are not exempt from the abuse of pastoral powers to coerce sexual demands from colleagues, students, and even children entrusted to their spiritual care. With over fifty years of experience in theological education in the roles of minister, professor, and dean, Richard Fletcher crafts a compelling fictional case study of Dean Karl Wolf and presents comprehensive ...

The Dean’s Demise offers a disturbing reminder that seminaries and the church are not exempt from the abuse of pastoral powers to coerce sexual demands from colleagues, students, and even children entrusted to their spiritual care. With over fifty years of experience in theological education in the roles of minister, professor, and dean, Richard Fletcher crafts a compelling fictional case study of Dean Karl Wolf and presents comprehensive viewpoints from the perpetrator, the victims and their families, and the school administrators.

Fletcher starts the book by describing young Karl Wolf as a promising scholar while foreshadowing his potential liability by alluding to his insatiable need for admiration and power. Fletcher then takes the reader through Wolf’s academic rise to become the dean of a prominent divinity school, all the while sketching his sexual hunts. Wolf is indeed a predator. The reading experience feels almost voyeuristic at times. Fletcher evokes a complex range of emotions in the reader with the secret intimate details of affairs and their aftermaths. Wolf’s blatant disregard for the wellbeing of his victims and his self-serving lies fuel an emotional response and at the same time demand that one thinks through one’s feelings with regard to the physical, emotional, and spiritual damages inflicted on the victims and their families.

In addition to providing a profile of the mind and actions of a sexual predator, in The Dean’s Demise we confront the response of seminary officials, including their theological and moral deliberations, and the process of how the school ends up resolving, or rather settling the sexual harassment case against the dean. In light of the multiple stakeholders presented in the unfolding narrative, this book is a rich resource for generating discussions on many fronts, including theological reflections on power and the brokenness of humanity, justice issues and accountability, personality and mental health issues in seminaries, and practical legality around sexual harassment cases.

A limitation to the helpfulness of this book is that the content is outdated. Although the book was published in 2016, the accounts of the events are recorded from 1979 to the early summer months of 1993. The content of the book, the nature of Wolf’s sexual predatory behavior, and the ways the school administration respond, are consistent with the time period in which the book is set. Since the early 1990’s, sexual harassment awareness and training initiatives in workplaces and schools have increased. As opposed to the blatant predatory behavior of Wolf detailed in the book, now there are specific definitions and criterion of more nuanced behaviors which constitute sexual harassment. With concrete definitions, guidelines, and policies in place, today’s academic administration’s deliberation and handling of such cases is very different than the deliberation portrayed in the book that relied on collective wisdom.

The school administrative demographics are another aspect which date the book  – being all men, presumably white. With increasing female and minority faculty members, deans, and presidents in academic institutions, different understandings and experiences shape how power, abuse, and sexual harassment are defined and handled. Whereas all the victims in Fletcher’s book are female, in today’s reality there are more women in power positions that blur and render more complex binary and stereotypically gendered depictions of perpetrator and victim. As sexual predatory behaviors occur within the context of relationships of power and privilege, gender and cultural influences must be considered when deliberating sexual harassment cases. 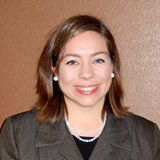 Since the start of the twentieth century, Christian religion scholars from the dominant culture - specifically ethicists – shifted their focus on how to live the Christian life via praxis toward the nature of ethics, wrestling more with abstract questions concerned with what is the common good and/or which virtues ...